Leonardo DRS has been proudly sponsoring the Army Ten-Miler for over a decade. In 2009, we were honored to become one of the event’s first sponsors from the defense industry. Since then, personal investment has only increased. Today, it’s not a simple sponsorship; it’s a way for us to give back – a way to support the Army along with Family and Morale, Welfare and Recreation programs.

Since the beginning, we’ve enjoyed connecting with the community through our on-site tent in the HOOAH Zone at the race. Wishing to contribute to the runners on a personal level, we offered runners printed photos of themselves as a way of capturing their achievements. This would become the “Selfie Zone” we have today. Our involvement further increased in 2012, when we started our first running team of just five individuals­­­­­. By 2019, this team had grown from five runners to 56. After twelve years of partnership and $455,000 in sponsorship, we look forward to continuing our support for our warfighters and their families. 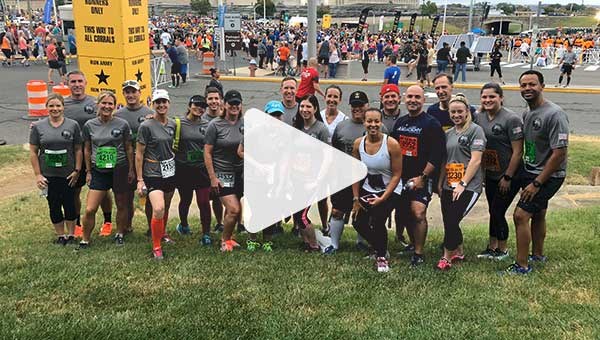 We are a proud supporter of the Army Ten-Miler for the 12th consecutive year!

Hear from some of our employees on what the Army Ten-Miler race means to them. 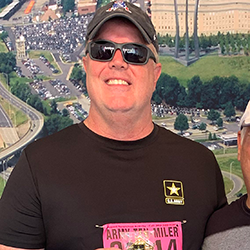 The Army Ten-Miler’s cause really hits home for Bill. His father was in the Navy. His youngest brother served two tours in Afghanistan with the Army. “Both these men are my heroes” he says. What keeps him moving on the track is his knowledge of the hardships our soldiers have endured. Staying in shape is always a nice bonus too though. Thank you for your support Bill!

Madison C. from Wayne, New Jersey is a returning runner in the Army Ten-Miler. She interned with Leonardo DRS for two summers, and stays connected to Leonardo DRS through her mother, Linda.

This event is important to Madison because both of her late grandfathers were Army Veterans. She loves running and is excited to do it with the heartening crowd of the Army Ten-Miler. She says, “To run with such an inspiring group of people who have risked their lives for my safety motivates me to work harder in the race, and my everyday life.” With the help of her excitement and endorphins, Madison plans to finish the race even faster each year.

As a combat veteran, The Army Ten-Miler holds a special significance for Matt. With a personal stake in the Army Ten-Miler’s cause, Matt doesn’t just run to support the military and their families; he hopes to raise awareness toward his fellow Americans who serve our country. He has participated in six years of the Army Ten-Miler, and keeps running in remembrance of his lost fellow service members. Thank you for your support and your service Matt.

Our ATM (Another True Moment) Stories 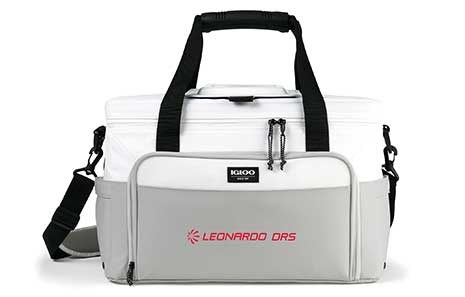 You can win an Igloo® Marine Seadrift™ Coast 36 Can Cooler worth more than $50.