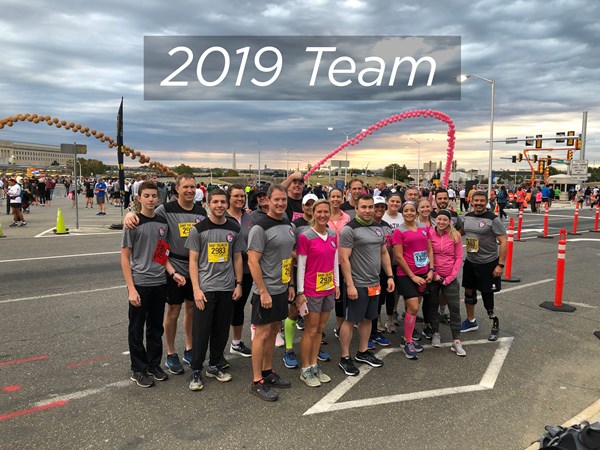 For 36 years, the Army Ten-Miler has brought runners from all over to participate in a scenic race through Washington D.C. The event, which ranks as the third largest 10-mile race in the world, is a favorite amongst runners, especially those with a connection to the U.S. Army. Additionally, proceeds from the event support Army family and morale, welfare and recreation programs.

Leonardo DRS has hosted its own team since 2012, growing from a group of five participants to over 40 runners in 2020. This year, however, the race will be a bit different as the COVID-19 pandemic has rendered large in-person events unfeasible due to their risk of spread. Instead, the race will be held virtually, with runners able to log their race between October 11 and October 18.

"The Army Ten Miler is a really nice race – a great cause, a great time of year to run, great spectators, a nice course. I'll miss all of that," says Richard Sims, a principal engineer for Leonardo DRS Airborne & Intelligence Systems in Germantown, Md. Sims, who will be running the race for the eighth time this year, also notes that he'll miss running with his brother and family, who drive in every year for a little friendly family competition.

For many runners on the Leonardo DRS team, the camaraderie​ on the course will be a missing element at this year's Army Ten-Miler.

"The biggest part I will miss is seeing my friends from the service and joking with them as they blow by me on the course," says Greg Putira, corporate vice president for supply chain in Arlington, Va. Ellen Gesiskie, daughter of Senior Vice President of Human Resources Tami Gesiskie and a fourth-year Army Ten-Miler runner, would normally bring a speaker with her on her run, and notes that the dance parties with other teammates and runners is a favorite part of usual race years.​

To keep up with all of Leonardo DRS' Army Ten-Miler activities, visit www.leonardodrs.com/ATM.