March 29, 2018 -- HUNTSVILLE, Ala. — The U.S. Army plans to be fully under contract for mission equipment packages to transform its Stryker combat vehicles into maneuverable Short Range Air Defense, or SHORAD, systems by August with prototypes expected the following spring.

The timeline was detailed during an interview with Col. Chuck Worshim, project manager for cruise missile defense systems with the Army’s Program Executive Office Missiles and Space, who spoke to Defense News at the Association of the U.S. Army’s Global Force Symposium.

The service will issue a solicitation to industry called a request for ordnance technology initiatives. The ROTI will call for mission equipment packages for SHORAD on March 30, and then the service will make a selection among vendor offerings in June, Worshim said.

The Army has moved rapidly to bring SHORAD capability back into the maneuver force since then-U.S. Army Europe commander Lt. Gen. Ben Hodges about a year and a half ago recognized a capability gap in SHORAD that needed filled for possible operations against near-peer threats such as Russia.

Brig. Gen. Randy McIntire, who is in charge of the Army’s air and missile defense modernization effort via the new Futures Command, told Defense News in a previous interview that there are “two very viable candidates” with offerings today.

Worshim provided more granularity, stating that there are two viable candidates for an interim SHORAD solution from whom the Army has seen capability demonstrations. But he added that anyone can submit to the ROTI, and so other candidates may emerge through that process.

It’s no mystery who one of the “viable candidates” is. Boeing first brought an Avenger launcher loaded with a variety of missiles to AUSA Global Force last year. Then Boeing and General Dynamics Land Systems showed up at the Space and Missile Defense Symposium in August with an Avenger on a Stryker — the first SHORAD solution to integrate onto a Stryker platform before the Army even stated it would be the base vehicle for the system.

Boeing and GDLS brought their Avenger/Stryker solution again to Global Force loaded with Longbow Hellfire missiles as well as Stinger missiles. Then the next day, the companies swapped them out with AIM-9X Sidewinder missiles to show the versatility of the launcher platform. The system also has an on-board radar, which is a must-have requirement for the SHORAD system.

“We’ve already done some company investment to make sure we’re leaning forward to get all the components ready for production,” Jim Leary, director of Boeing global sales and marketing for weapons, told Defense News at Global Force. “That’s happening now. We aren’t assuming that there’s been an award, but we just know the right thing to do.”

The system also has room for a directed-energy weapon. Boeing is working on such a weapon for integration on the Stryker, which is under evaluation in Germany in a separate program.

The Army wants to integrate a directed-energy capability into SHORAD as an objective requirement, possibly within the next five years.

But there’s a dark horse emerging that went undetected despite several companies coming forward with SHORAD solutions last fall, including Iron Dome, Flying Tiger and others. While Boeing/GDLS, Israel’s Rafael and South Korea’s Hanwha as well as Raytheon and Lockheed Martin all participated in a SHORAD demonstration in the fall, there’s one solution that did not.

Leonardo DRS has a SHORAD system that is fully integrated onto the Stryker. The centerpiece is its “reconfigurable integration weapons platform,” made by its partner Moog, according to Ed House, DRS Land Systems’ business development manager, who spoke to Defense News at Global Force.

The company had an unassuming small-scale mock-up of its concept at its booth on the showroom floor.

The platform provides a choice of sites, directed-fire weapons and missiles, House said. The system is able to integrate both Stinger and Longbow Hellfire missiles, which is a requirement for the service’s maneuver SHORAD solution. It also comes equipped with a compliment of direct-fire weapons and sites to include the M230 chain gun and the 7.62mm coaxial machine gun.

The reason DRS didn’t show up to the demonstration in September at White Sands Missile Range, New Mexico, with the rest of the SHORAD candidates is because it was working on a very similar system for a counter-unmanned aircraft systems capability at Yuma Proving Ground, Arizona, in response to an urgent operational need.

That system was on display at AUSA Global Force.

But since the system couldn’t make it to White Sands, the Army is taking information from the C-UAS demonstration and will measure the performance against SHORAD requirements.

“We hope the Army considers our solution a viable candidate because we’ve done it, we’ve done it under live-fire conditions,” House said. “We don’t take anything for granted; though we’re very comfortable with the Stryker platform, we know how to integrate the capabilities being directed in the M-SHORAD offering, we’ve done it for a different customer right now.”

Without naming names, Worshim confirmed that one viable candidate was present at the M-SHORAD demonstration in September while another one was doing counter-UAS work at Yuma at the request of the Army because of the urgent operational need to field C-UAS capability.

“Somebody could come out of the blue,” Worshim said. “And we would evaluate the proposal on its technical approach, cost, all the things, the performance that we are looking for, and they could be a viable candidate moving forward.”

The Army will be assessing a variety of aspects when considering which vendor or vendors to choose from ― yes, there could be more than one vendor, Worshim said. While technical approach is one, the ease of integration is another because it’s all about schedule and time, he added.

Cost is also important, but so is the potential for future growth. While the initial SHORAD will be on a Stryker, it’s possible the Army would consider other platforms down the road. And as the Army qualified, for instance, new interceptors for its Indirect Fire Protection Capability Increment 2 system, those could also be integrated onto SHORAD, Worshim said. And a future platform and solution should be able to integrate directed-energy capability onto the system.

At some point, the interceptors will need to have longer ranges. Improved sensor coverage and survivability are also among other possible future enhancements, Worshim noted. 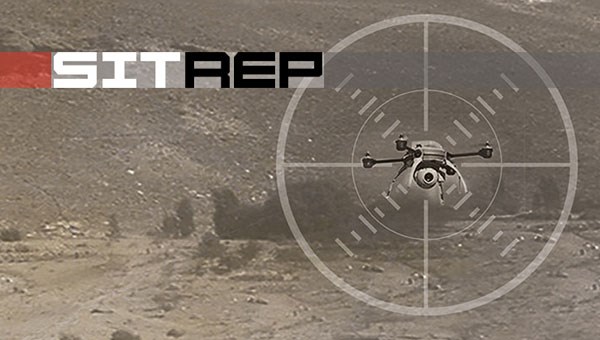