Could DRS's C-UAS be the U.S. Army's Solution to Defeating Enemy Drones?

July 19, 2017 -- The United States Army has awarded Leonardo DRS a contract award worth up to $16 million to develop a counter-unmanned aerial system (C-UAS) capability to protect soldiers from enemy drones.

The contract is considered under an urgent operational need as cheap but effective enemy drones have proliferated in across various combat zones around the globe. Indeed, even insurgent group such as the Islamic State have been using drones effectively in battlefields in Iraq and Syria.

“We are proud to support the Army’s urgent requirement to protect soldiers from the growing threats by small unmanned aircraft,” DRS Land Systems vice president and general manager Aaron Hankins said in a statement.  “This effort is a great example of industry collaborating with the Army to quickly provide soldiers with a crucial capability, and we are grateful for the opportunity to lead the effort.”

Leonardo DRS, which is the lead systems integrator, will work with its teammate, Moog Inc., and various other subcontractors develop the C-UAS capability.  The system will include Moog’s Reconfigurable Integrated-weapons Platform (RIwP) turret, Leonardo DRS’ mast-mounted Surveillance and Battlefield Reconnaissance Equipment—or SABRE—and a host of other government-provided technologies. Most of the hardware are off the shelf systems that simply need be integrated.

Ultimately, the Army plans to integrate the C-UAS system onto two MRAP All-Terrain Vehicles. If the systems work as planned, it would be able to detect, identify, track and defeat unmanned aerial threats such as the various ISIS operated drones that U.S. and allied forces have encountered in Iraq without breaking the bank.

“The contract was delivered as part of the Army’s Mobile Low, Slow Unmanned Aerial Vehicle Integrated Defense System, Increment 1 effort and supports near term testing to inform requirements and government decisions for the deployment of numerous production systems in early summer 2018,” reads a statement from Leonardo DRS.

Leonardo has not said exactly what kind of weapons would be used to neutralize an enemy UAS. However, the RIwP is able to host any number of standard U.S. Army firearms and missile systems ranging from M2 .50 machine guns to the Mk44 30mm canon to the Hellfire anti-tank missile. Meanwhile, the SABRE can host any number of electro-optical infrared cameras and radars—it is not clear which sensors types the company intends to use for its C-UAS system.

Terrorist and insurgent groups such as ISIS have been using very cheap commercially available quad-copters during combat operations in Iraq and Syria. Meanwhile, a single Stinger missile costs roughly $40,000. Clearly, the cost-exchange ratio is on the enemy’s side and something must be done.

It makes little sense to shoot down a $200 quad-copter with a $3.4 million Patriot missile as one U.S. ally—likely Saudi Arabia—did or even with a $40,000 Stinger missile.

“In fact, if I'm the enemy, I'm thinking, 'Hey, I'm just gonna get on eBay and buy as many of these $300 quadcopters as I can and expend all the Patriot missiles out there,'” Gen. David G. Perkins, commander of the U.S. Army Training and Doctrine Command, said at the Association of the U.S. Army's Global Force symposium in Alabama in March earlier this year.

The Pentagon is going to have to figure out a cheaper solution to countering the problem of defeating small low-cost drones. Current weapons are simply too expensive and the cost-exchange ratio is too ridiculously lopsided. The Pentagon is working on some potential solutions—but it will take time and effort to make it happen. In the meantime, the problem will only grow more acute. 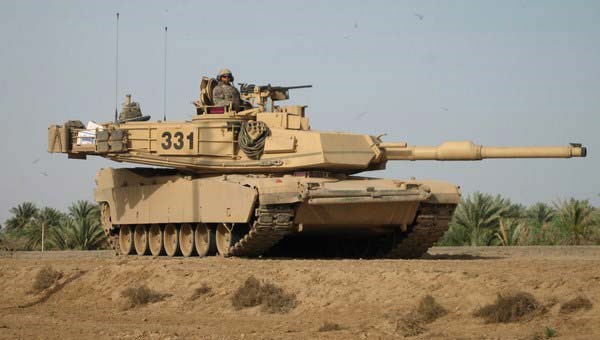