FORT WALTON BEACH — As the United States shifts its defense strategy from wars in Iraq, Afghanistan, Syria, Libya and elsewhere toward a “great power” strategy focused on Russia and China, the CEO of a defense contractor with facilities in Fort Walton Beach says the company isn’t particularly concerned about the change in direction.

Lynn, who served as America’s deputy defense secretary from February 2009 to October 2011, was at the Leonardo DRS facility on Anchors Street in the city’s Commerce and Technology Park on Thursday as part of a tour of the company’s facilities in celebration of its 50th anniversary.

The local complex is part of a sprawling network of Leonardo DRS facilities across the country, where the company engages in enterprises ranging from naval communication and power systems to combat computer networking to infrared detectors to air combat pilot training systems and more.

Leonardo DRS saw a 20% growth in its business last year, while the preceding year saw an 11% growth rate, according to Lynn.

Leonardo DRS got its start in Mount Vernon, New York, in a small office above an appliance store. Its first major production contract was for an advanced passive sonar system that could alert Navy vessels to prowling enemy submarines. Today, Leonardo DRS produces an array of products for the Navy, Army, Marines and Air Force.

It is that broad base that helps assure the company’s future, Lynn said.

But at the same time, a key to Leonardo DRS’s success has been consolidating what had been 27 lines of business into eight. Today the company’s “focus is on improving those eight” rather than expanding its lines of business, he added. According to Lynn, 80 percent of the company’s business is in the military contracting sector, where it is a mid-tier player.

“Eight (lines of business) is a pretty substantial number for a $2.5 billion business,” Lynn said. “We are very dynamic and fast.”

Locally, Leonardo DRS Airborne & Intelligence Systems is “kind of a quiet business,” said Larry Ezell, vice president and general manager of that line. But Ezell added that products from the Fort Walton Beach facility are used on a wide variety of military aircraft, including the F-35 fighter, the CH-53 helicopter and the multiple role C-130 airplane, both in the United States and around the world.

“Our people are extraordinarily talented and believe in the higher purpose of their work,” Lynn said in a news release noting Leonardo DRS’s 50th anniversary. “We have some of the best technology in the world, and it is in high demand with our warfighter customers. The company has a fantastic reputation and a great legacy of innovation. When you add all of that up, it gives me great confidence, as I have said many times before, that for Leonardo DRS the best is yet to come.” 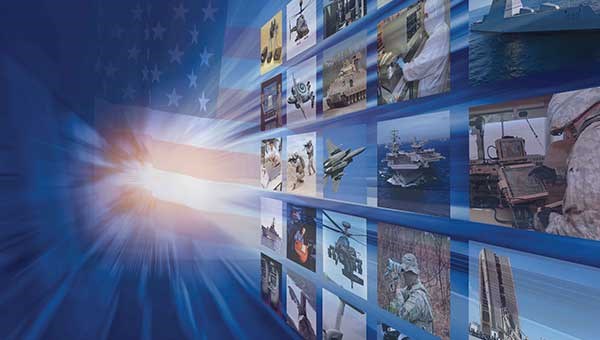 Since the company’s founding in 1969, tens of thousands of employees have perfected their craft each day with one unifying purpose in mind: to help defend all Americans and our allies.

Learn about our history

The Air Force and JTT-NG: A Situational Awareness Match Made in Heaven
Air Force Magazine