"Fuel prices are low now, but [will] not always stay low," Reed said. "Regardless of fuel price, the more often you have to re-fuel a ship - when you are alongside the re-fueling ship - you are more vulnerable ... [A hybrid and electric drive] gives you more time on station".

Outgoing US Navy (USN) secretary Ray Mabus echoed that point. "Navy ships are at their most vulnerable when they are being re-fueled," Mabus said on 11 January 2017 during the Surface Navy Association (SNA) annual symposium in Arlington, Virginia. "That's when the [DDG 67 Arleigh Burke-class guided missile destroyer USS Cole  ] was attacked." Because of those safety and long-term cost concerns, "most navies are going to either a fully integrated electric drive or a hybrid electric drive," Reed told IHS Jane's  during SNA. "There are not a lot of new ships that don't have a new system like this."

DRS is bidding for or eyeing opportunities with the USN, US Coast Guard, and fleets operated by Australia, Canada, and Spain. "We won a contract for the South Korean [Incheon-class guided-missile Future Frigate eXperimental]," Reed noted. "That one is shaft-mounted. It has a lower speed and higher torque, and it's a bit larger, but it is much quieter."

Industry is waiting to see what the USN decides to put into its next-generation LXR amphibious transport dock class ships that are currently being developed. Right now, there is no requirement for any kind of electric drive. "When [fuel prices] were high we had everybody's interest. But everybody recognizes they are not going to stay low forever," Reed said. 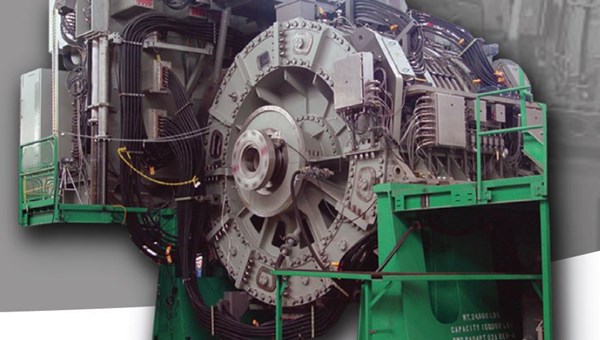