November 28, 2016 -- When Bill Lynn joined DRS in 2012, the heavily army-oriented firm was so troubled by bloated overhead and plunging revenues — driven largely by drawdowns in Afghanistan and Iraq — that its parent company, Finmeccanica (now Leonardo) had plans to divest from the business it had acquired just four years earlier.

But after significant efficiency efforts that included a 45 percent slash to its workforce, the disposal of non-core businesses and diversification of the DRS portfolio, the company is no longer for sale. In fact, Leonardo has credited Lynn and his team for a dramatic turnaround that is leading the company toward its second straight year of growth.

During a visit to Israel last week, Lynn talked with Defense News bureau chief Barbara Opall-Rome about his business plan, and why he expects partnerships with select Israeli firms to propel profitability. From a heyday high of about $4 billion in annual turnover, DRS is now slightly below $2 billion.

Tell us about your newly diversified portfolio and how that should help grow revenue in the out years.

To put things in context, when Leonardo bought DRS in 2008, our portfolio was about two-thirds army and heavily reliant on wartime spending. Our work in Afghanistan and Iraq was a strong source of revenue, so by the time I got there, revenue had declined dramatically along with the drawdowns.

Now we’re about 25 percent army, 25 percent navy, about 20-plus percent international, and a mix of air force, homeland security and intelligence for the rest. So now it’s a much broader, more stable base that has allowed us to start growing again.

What’s your expected growth rate for 2016?

Last year we enjoyed about 5 percent growth and we’ll get to roughly that same order of magnitude this year, which is good relative to the market. So tell us about your focus on Israeli technology and how significant it is to DRS business development plans. Israel is unique for us. It’s an important market in and of itself, where we’ve supplied all three military services over the years. We’re now working on behalf of Leonardo with the Israel Navy to supply the Otto Melara 76mm gun for a number of their sea platforms. But beyond that, it’s an important partner in terms of having terrific, battle-proven technology that we can pull into the US market to the benefit of the US military. So far, it’s been very rewarding to team with Israeli companies and mate their technology with our market leadership in various defense sectors. It has allowed us to win some important programs and has allowed the American military to get some key capabilities much quicker and at far less cost.

DRS recently scored a big win with Israel Military Industries (IMI), beating out General Dynamics Land Systems. That was a big deal for you, right?

Absolutely, and our partnership with IMI is a great example of this strategy. We’re talking more than $400 million, if all options are exercised, to provide M1A2-based assault bridging systems to the US Army. In this case, we married IMI’s technology with our leadership position in the market, and it allowed us to beat a very strong incumbent and bring that technology over to the United States. We’re responsible for integration and we’ll perform production work in Missouri at our Sustainment Systems division.

And you’re in a strong position with Israel’s Rafael to provide the Trophy active protection system (APS) on M1 main battle tanks?

Yes. We’re working to insert this operationally mature, battle-proven APS system immediately into the American military, first on M1 tanks and later, other ground vehicles. It’s another example of how DRS is helping the government avoid the need for an expensive development program and get this needed capability to the troops much faster. The Army is talking on the order of a brigade or two with the Trophy, and similar-sized orders with other technologies for Strykers and Bradleys. Then I think they’ll evaluate where they are and decide where they want to go in terms of more vehicles and if they want to down-select on a single technology or continue with multiple technologies. If they decide to down-select to one, we believe we’re in an extremely advantageous position, given the combat-proven nature of this Israeli life-saving system.

When do you expect your first contract and what is the anticipated value?

We expect it to start in 2017 for the first couple brigades. We’re initially looking at a contract on the order of $100 million, which would take a couple of years, at least. Then we’ll see where the Army is willing to go from there. You’re also in the running for another major US Army contract, valued at about $400 million, with another combat-proven Israeli system.

Tell us about that.

Our partner Roboteam has already won a US Air Force order, and now we’re in a very strong position to capture a program called CRS-I (Common Robotics System-I). It’s a small, man-carried robot that people are very excited about. We expect to see the request for proposals come out in the spring of 2017, and normally there would be a 60-day response and then another few months until selection. So we’re looking at late 2017 or early the following year, and we’re very optimistic.

Any other Israeli firms you’ve teamed up with for the US market?

We’re teamed with Rada [Electronic Industries], where we think there’s real potential in the US with their tactical radar. We’re now in the middle stages of trying to navigate into an opportunity that would be good [for both of us] to bring this impressive technology to the US military. We’re also teamed with Beit-el Industries to bring their filtration systems to the US market, and we’ve been exploring a number of opportunities with Elbit [Systems], where they have a strong presence in Italy and, of course, in the US and the international market. I’m not ready to talk specifics on that yet.

With so much focus on Israeli technology, you’re not concerned about the “not made here” mentality that has been an obstacle in the past to major non-US procurements?

In all these cases, DRS will have to be the prime, and we’ll have to license the [intellectual property]. We’ll have to build a good part of it in the US in order to qualify for US budget support or in cases where the Israeli government wants to acquire these systems with US Foreign Military Financing aid. But to answer your question, I think that mentality is a thing of the past. If you look at all the defense companies now, they all have global supply bases. And at the prime level, you’ll see more and more international competitions. In some sectors, it’s hard to have competitions if you don’t have international content. So I think it’s inevitable that you’ll see a more international defense industrial base, which is a good thing ultimately for the US taxpayer.

Finally, you’ve served in the Pentagon under two presidents, as comptroller under Bill Clinton and, more recently, as deputy defense secretary in the Obama administration. From your previous work in the Senate, in the think tank community and in industry, you’ve closely followed the program, planning and budgeting process. What changes do you expect under a Trump administration?

Well, the budgets are already heading up and I think it’s possible that the increase will accelerate. With an entirely Republican leadership in both houses of Congress and in the White House, prospects are high for eliminating the sequester permanently, rather than doing the two-year deals we’ve been doing. And that’s important in terms of predictability and stability. It will be a good thing for [the Department of Defense], which, as you know, lives according to a five year plan. So there’s potentially room for improvement in the period ahead of us. 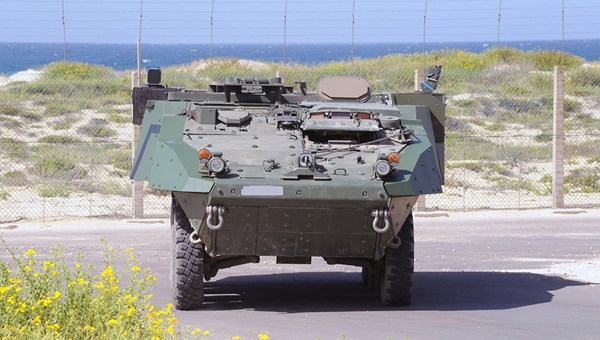 See Lynn in action on “The Defense Industrial Base and Federated Defense” panel.