The emerging SOSA standard seeks to promote interoperable 12-volt embedded power systems, yet this level may not be enough. Is there a need for 28, or 48-, or even higher voltages?

May 1, 2020 -- Electrical power aboard military ships, planes, combat vehicles, and command posts typically is a design afterthought, and rarely gets widespread consideration alongside headliners like laser weapons, computerized avionics, and hypersonic weapons.

Still, something as fundamental as electronic power simply cannot be ignored, because without it the military’s infrastructure grinds to a halt. “Power isn’t sexy,” says Carlos Aguirre, business development manager for operational energy at the Leonardo DRS Network & Imaging Systems segment in Melbourne, Fla. “Power doesn’t shoot or communicate, but you can’t do either of those things without power.”

Electronic systems designers can’t ignore power. They know they have to generate it, control it, and provide ever-increasing amounts of it to satisfy the voracious and growing appetites of new and emerging aerospace and defense electronics for electricity to power powerful new microprocessors, radar systems, electronic warfare (EW), propulsion, and future applications no one’s even considered yet.

Power keeps systems designers awake at night because they know that even the leading edge of today’s power electronics technologies is nowhere close to satisfying expected needs for power as the U.S. military moves into the 2020s.

The technological challenges for military systems designers begin the second an applications move away from the established power grid — namely to mobile systems like aircraft, combat vehicles, unmanned systems, and to a lesser extent to surface warships and submarines. “Electric power can be considered a commodity, but the warfighter doesn’t have that luxury,” says DRS’s Aguirre. “Power for him is not always at the ready.”

Leonardo DRS experts are focusing on providing power to military vehicles, which increasingly are under pressure not only to support power-hungry on-board systems like high-performance computing, laser weapons, and silent operations, but also to serve as mobile power stations to run deployed command posts and power batteries for the warfighter’s wearable electronics.

DRS’s Aguirre claims that traditional vehicle power systems built around alternators simply are not up to the task. “We need to generate more efficient power than we do today, and that’s where the DOD [U.S. Department of Defense] has not focused enough attention. Every combat vehicle seems to be suffering from what I call a power gap. If we look at MRAPs and Bradleys, we are looking at bigger alternators to generate electrical power, and it’s still not enough.”

As an example, Aguirre points to directed-energy weapons, such as high-energy lasers, high-power microwaves, and similar systems that military planners will depend on to defend forward-deployed warfighters from enemy unmanned aerial vehicles (UAVs), rockets, mortars, artillery shells, and low-flying aircraft like helicopters.

Directed-energy systems “are not that efficient today, so that translates into power loss,” Aguirre says. “We need at least 90 kilowatts of power for a counter-UAV laser. So where do we get that power on a combat vehicle? Alternators simply are not powerful enough, and if a belt breaks, we are out of power.” Towing gasoline-powered generators into the field isn’t always a viable alternative because they limit a vehicle’s speed and maneuverability.

DRS engineers have designed the Titan On-Board Vehicle Power (OBVP) system. “Every vehicle has an engine that spins something,” Aguirre explains. “There is a lot of power being transferred from the engine to the transmission. If I can convert that power into electrical energy, there is a lot of potential to change the dynamic. It might not require an alternator.”

The DRS OBVP system can generate upwards of 120 kilowatts of power inside the transmission, which Aguirre says could power a medium-to-large-size pharmacy, a nursing home, a medical facility, or even a residential neighborhood. The system can generate as much as 55 kilowatts of power when the vehicle is moving, and as much as 120 kilowatts when the vehicle is stationary.

“Unique is the packaging,” Aguirre says. “We make these fit in places never intended for electrical machines. We just shrank the size to fit inside the transmission. DRS partners with Allison Transmission Inc. in Indianapolis to provide the OBVP system, which is seeing limited deployment on military vehicles like the U.S. Army’s Terminal High Altitude Area Defense (THAAD) missile battery command and control, and launcher vehicle, which is a version of the Heavy Expanded Mobility Tactical Truck (HEMTT) from Oshkosh Defense in Oshkosh, Wis.

With OBVP “a vehicle can leave the airport tarmac operationally read to go, because power is at the ready,” Aguirre says. Although the system still is in the prototype stage, he says it is applicable not only to the Oshkosh HEMTT, but also for the Stryker wheeled combat vehicle, which can carry the Short Range Air Defense (SHORAD) anti-aircraft weapon for defense against low-altitude air threats like helicopters, air-interdiction jets, and UAVs.

The OBVP also could be adapted to the Joint Light Tactical Vehicle (JLTV) of the Army and U.S. Marine Corps to provide several new battlefield capabilities such as mobile server center or mobile battery charger.

“A group of vehicles could start their own power grid in a forward-deployed area, share power with other vehicles, and as the military logistics tail catches up could go back to their primary missions,” Aguirre says. “I’m hopeful that within the next five to seven years the OBVP could deployed widely.” The system’s benefits could extend beyond military operations to humanitarian assistance and disaster recovery, he says.

After military systems can generate sufficient electrical power, the next challenge is controlling that power efficiently and economically. One way to that goal is open-systems architectures like the emerging Sensor Open Systems Architecture (SOSA) standard, administered by the Open Group in San Francisco.

SOSA seeks to specify a limited number of established industry standards for power control, embedded computing, communications, and software to promote interoperability among components from different vendors to enable military systems designers to achieve economies of scale, while enabling suppliers to capitalize on their value-added technologies.

“The military wants to standardize on a certain number of voltages, and there is a transition in industry to get away from 5-volt devices,” says “The driving force from the military is open systems such as MOSA, SOSA, HOST, and all those open systems.

Behlman has been in business for more than 60 years, and provides open-systems and custom AC power sources, frequency converters, inverters, DC-DC, AC-DC, and DC-AC power systems for military mission-critical applications, as well as for industrial and commercial installations.

“We are making a number of products in alignment with the SOSA guidelines,” Pozzolano says. The first official version of SOSA should be approved by industry committees and ready for use as early as the end of this year.

SOSA also seeks to blend digital and analog power electronics in a way to create interoperable, affordable smart power. “The military wants intelligence on these power devices,” Behlman’s Pozzolano says. “This is all part of the SOSA technical standard. Intelligence enables an embedded computer to send a signal to whatever power device it wants, and get a response back. From the power perspective, the system can query for input power and output power, and monitor for temperatures; if it’s outside the normal range, there might be something wrong.”

SOSA also is starting to catch-on in the power industry, as well as among embedded computing suppliers. “We have had a massive number of requests for SOSA-aligned cards,” says Brian Paul, general manager at MilPower Source Inc. in Belmont, N.H., a specialist in custom and tailorable power supplies for mission-critical military and industrial applications.

Serving customer requests for SOSA, however, can be easier said than done. “SOSA means so many things to so many different people,” Paul points out. “We are trying to counsel our customers on what SOSA-aligned mean, and help them understand how that standard can impact their systems.” Officials of the Open Group insist that “SOSA-aligned,” rather than “SOSA-compliant” must describe SOSA-like components before the standard becomes official.

Likewise power-control specialist Vicor Corp. in Andover, Mass., is fielding SOSA requests from customers. “SOSA fits into our plans quite prominently,” says Rob Russell, vice president of aerospace and defense marketing at Vicor. “We released two 3U and are about to release a 6U SOSA power supply . We have designed these parts to be fairly modular, and we intend to provide SOSA-compatible parts.”

SOSA: more work to be done

While SOSA widely is considered to be a promising step toward system interoperability and affordable technologies, some in industry point out that more needs to be done for the standard to be successful in its aims.

Although supportive of SOSA and its overall aims, Ciufo says the emerging standards “does not go far enough in giving the right output voltages and correct input voltages into the system, and cannot provide the right amount of power for next-generation systems in 3U and 6U embedded systems.”

Ciufo says a quick calculation of power needs shows how SOSA in its current form may fall short for demanding embedded computing. “Today a 6U VPX power supply is on the order of 1,000 Watts, with a notional top of end of 1,500 Watts — that is one card supplying a whole backplane.”

Yet Ciufo points to the power-hungry computing components being chosen or considered for high-performance embedded computing. “With one power supply, you top-out quickly. One Xeon processor card is 150 Watts. You add other processors, memory, and 40 Gigabit Ethernet, and soon your 6U single-CPU card with a mezzanine card is approaching 1,500 Watts all by itself — just one processor card.”

The picture can get even bleaker for the power engineer, however, Ciufo says. “If you add what people really want — artificially intelligent cards like GPGPU and FPGA, those cards will be 250 to 600 Watts each. Now you are out of power from that single 6U OpenVPX power supply.”

So what’s the solution? “We need to be able to increase the power output of that 6U OpenVPX power supply,” Ciufo says. “It’s being talked about to bring it up to 2,000 Watts, but beyond that it becomes difficult to cool. If we increase the pitch in those cards, we can increase the size of the wedge locks and can move more heat off the cards. If you do that you can increase from 1,500 Watts to 2,000 Watts.

Perhaps one place to look for relief might involve increasing the voltage of the system. Current OpenVPX-standard power specify three voltages: 3.3, 5, and 12 volts, Ciufo says. “Next-generation power supplies need to output more power. Instead of sending 12, 4, and 3.3 volts, they should send out 28 or 48 volts, or something even higher than that.”

Without open-systems support for higher voltage levels, systems designers could face a wiring nightmare that simply couldn’t be supported. “We had a customer who asked us about our rackmount server for a vehicle,” Ciufo says. “It has 28 volts DC typical vehicle power for a 2,500-Watt server. That would require wires bigger than battery cables.”

One solution is designing-in several power inverters, but these kinds of components are relatively inefficient and generate a lot of heat. Instead, perhaps the answer involves the creative use of point-of-load regulators.

“The 12-, 5-, and 3.3-volt designs are not typically used in digital electronics anymore,” Ciufo points out. “Yet now we have these point-of-load DC-DC regulators that convert from a higher load on one side to a smaller load on the other. You can take these higher voltages, and then apply point-of-load regulators for the voltages needed. The less current you have on your wiring board, the smaller those traces can be. 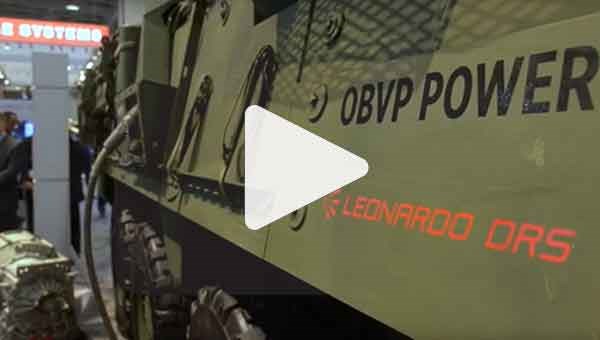 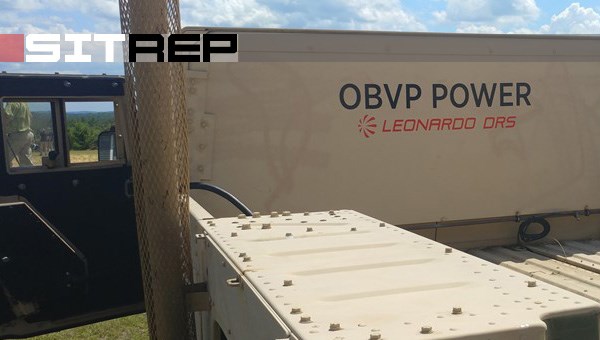 Evolution on the front lines is key for survival. As this evolution progresses, a power gap has begun to emerge. 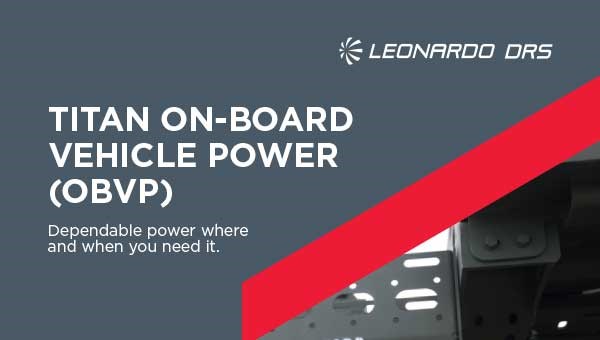