The Air Force and JTT-NG: A Situational Awareness Match Made in Heaven

September 1, 2021 -- Leonardo DRS has developed the world’s smallest and most capable integrated broadcast service (IBS) solution in what is the new Joint Tactical Terminal (JTT-NG). With more capability packed into a smaller form, the system represents the best long-term solution for the Air Force in terms of performance and IBS connectivity.

But how did we get here? Let’s move some years backward in time.

Early in the 21st century, a U.S. Air Force fighter jet is scrambled to support operations. During the mission briefing, the pilot speaks to commanders on the ground for a situational update and enters the coordinates of U.S. ground forces he has been tasked to support along with enemy targets in the immediate area.

It will be the last time the pilot is able to communicate directly with the U.S. unit on the ground or receive real-time situational data until reaching the target area. The information provided to the pilot during the long flight to the target was from a reporting chain made up of multiple communication waypoints. When the aircraft arrives on target, the pilot relies on voice communications and information relayed to him by a host of different lines of communication by way of multiple terminals.

While this continues to be a standard method of communication between air crews and ground forces for the U.S. military, it is increasingly becoming a more dangerous way to operate as adversaries gain better technology to strike faster and more accurately, quickly changing what is happening on the battlefield. When a pilot is unable to communicate in real-time with troops on the battlefield or receive updated operations information, confusion can occur, and lives can be lost.

The current network of disparate radios and terminals used by the U.S. military are primarily line-of-sight, single-channel systems able to perform only a single function at a time. The result is a costly collection of equipment with limited simultaneous functionality that also adds weight at the expense of ordnance and station time and puts a high-power burden on the aircraft. These systems cannot transmit critical data at long distances when airborne forwarders are not available or when operations are in or around mountains.

The needs in the air and on the ground change quickly, and many systems were rushed to the battlefield to meet requirements. Many of the technologies are still in use today and remain proprietary, hindering interoperability, causing mixed messages, and potentially slowing communications.

For aircraft with weight and power restrictions, this standard of business can present a multitude of problems. Relying on too many radios along with the associated weight and power requirements can become a platform-level problem, allowing installation of less capability on an aircraft. Air crews must decide which capability they can afford for a specific mission.

Services trying to outfit their aircraft with the best gear are in a predicament because the technology is limited. It also can cost more than $300,000 per radio, with each plane requiring numerous radios.

Moreover, all these systems require modification, integration, test, logistics and sustainment support, and the price tag to integrate them and keep them updated and running significantly outweighs the acquisition costs.

Leonardo DRS has concentrated on solving this problem for the past 20 years. In July 2020, the U.S. Army chose the company’s next-generation Joint Tactical Terminal (JTT-NG) as the integrated broadcast service (IBS) solution for replacing aging systems.

As the world’s smallest and most capable IBS transceiver, the device ensures that military services keep pace with evolving technical advancements. With more capability packed into a smaller form, the JTT-NG represents the best long-term solution for the Air Force in terms of performance and IBS connectivity.

Here are just a few of the transceiver’s impressive vital statistics. Unparalleled in situational awareness, the JTT-NG can receive millions of threat, survivor and blue force tracking reports daily. It can receive, process and send over 800,000 messages per day. In short, the JTT-NG provides the most comprehensive near-real-time battlespace awareness to the warfighter.

JTT-NG is the only modular integrated broadcast service receive-and-transmit terminal available today. The system can be expanded to support future waveforms, guaranteeing it is equipped with the latest technology to counter the threats of tomorrow.

The JTT-NG represents a two-thirds reduction in size, weight, and power requirements. By significantly reducing SWaP and enhancing the terminal’s performance features, Leonardo DRS has developed the best way possible for air crews and ground troops to communicate more easily in real time.

In addition to solving these problems, the company offers the systems at a lower price than legacy solutions. More capable terminals that can perform multiple functions with less size, weight and power mean more “bang for a customer’s buck” and peace of mind.

The same communication capabilities required for pilots are also needed for maritime and ground operations. The JTT-NG will also enable use of the system in a command-and-control capacity by maneuver forces in tactical operation centers.

“Our tactical terminal solutions fulfill a critical need in the battlespace, providing actionable intelligence data via satellite communications that allow U.S. military and allied forces to identify targets with speed and accuracy while remaining out of harm’s way,” Ezell said. 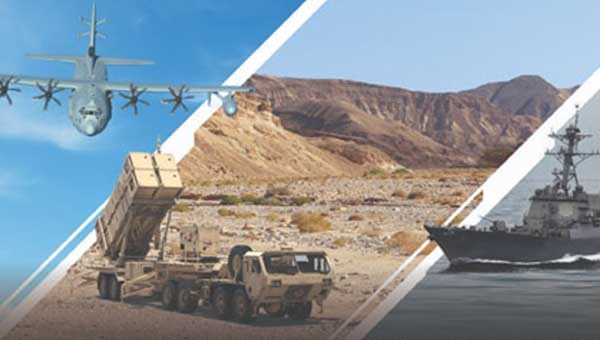