January 2, 2018 -- The Army expects its new Joint Effects Targeting System — a handheld, portable device for target observation, location, and designation — to start arriving with forward-observation teams by mid-2018, according to Army Times.

JETS consists of a hand-held target location module, a precision azimuth and vertical angle module, and a laser marker module, which are mounted on a tripod. The system offers Army forward observers better targeting capabilities than current systems and can be used day or night in all weather conditions.

"It's brand-new cutting-edge technology that is a paradigm shift" in how field artillery could be employed on the battlefield, Lt. Col. Michael Frank, product manager for Soldier Precision Targeting Devices, said in October. JETS, he added, could turn a howitzer or the Paladin self-propelled artillery weapon "into a giant sniper rifle."

"I’m dropping that round, with first-round effects, on target," he said.

The system will also speed the measurement process, Frank said. "We don't have to take anywhere from 15 to 18 to 20 minutes. We can get that target data to the guns and rounds out of the tube faster with JETS than without."

The Army currently has the Lightweight Laser Designator Rangefinder for these purposes, but it is larger and heavier than the JETS. It weighs approximately 35 pounds and is considered a crew-served system, though it is operated by a single soldier.

The JETS target locator module weighs less than 5.5 pounds, and the entire system, including a tripod and batteries, weighs about 20 pounds. The Army awarded a $339 million contract for JETS in September 2016.

The system underwent testing during 2017, including airdrop testing at Fort Bragg in North Carolina in August, when soldiers put the system through several combat-equipment jumps and door-bundle jumps, evaluating its ability to function after hitting the ground.

After each drop, the forward observers testing the system assembled the equipment and started identifying and designating enemy personnel and vehicle targets in day and night conditions. The targets were set up on rolling terrain at distances from 800 meters to more than 2,500 meters.

That was followed in October by weeks of tests at the Cold Regions Test Center at Fort Greely in Alaska.

There, forward-observation teams put the system through its paces using "operationally realistic approach[es] to detect, recognize, and identify targets in a tactical environment," the Army said in a release.

Soldiers conducted the tests in mountainous Alaskan terrain at elevations between 1,000 and 2,500 meters at several different observation posts, using the system's own self-location methods to establish their location at each observation point.

The Army is looking to finish its testing and evaluation, including inclement weather and airdrop tests, early this year and have the JETS in the hands of every forward-observation team starting in July 2018, according to Army Times. 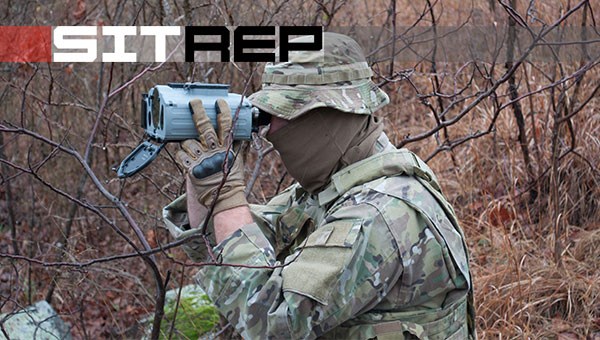