June 28, 2018 -- WASHINGTON -- The U.S. Army’s interim short-range air defense system, that will urgently fill a capability gap identified in the European theater just a few short years ago, has crystallized.

The Army had already decided the Interim Maneuver-Short-Range Air Defense System (IM-SHORAD) system would be developed around its Stryker combat vehicle, but it has now chosen Leonardo DRS to supply a mission equipment package that will include Raytheon’s Stinger vehicle missile launcher, Col. Chuck Worshim, program manager for cruise missile defense systems with the Army’s Program Executive Office Missiles and Space, told Defense News in a June 28 interview.

General Dynamics Land Systems — which produces the Stryker — will be the platform integrator for the IM-SHORAD system, he added.

The Army went through a selection process through the Defense Department’s Ordnance Technology Consortium to determine the best collection of vendors to build prototypes.

A Boeing and GDLS team was a front-runner for an interim SHORAD mission package, unveiling before any other vendor, a solution in August 2017 at the Space and Missile Defense Symposium in Huntsville, Alabama.

Using an Avenger system on top of the Stryker, which was the team’s solution, sought to take what was already in the Army’s inventory to create a system.

But a dark horse emerged at the Association of the U.S. Army’s Global Force Symposium, also in Huntsville, in March.

Leonardo DRS showed an unassuming small-scale mock-up of its concept at its booth at the symposium that featured its partner Moog’s Reconfigurable Integrated-weapons Platform (RIwP).

The platform would provide a choice of sites, directed-fire weapons and missiles, Ed House, DRS Land Systems’ business development manager, told Defense News at the show. The system would be able to integrate both Stinger and Longbow Hellfire missiles, requirements for the service’s IM-SHORAD solution.

It also would come equipped with a complement of direct-fire weapons and sites to include the M230 chain gun and the 7.62mm coaxial machine gun. But the solution also has non-kinetic defeat capabilities and Rada’s on-board multi-mission hemispheric radar.

And that dark horse has won the opportunity to provide the mission equipment package for the IM-SHORAD prototype program.

The system will also have Hellfire rails as well as an onboard sensor, according to Worshim

The Army decided to choose DRS to provide the mission equipment package because of the flexibility of its reconfigurable turret, which allows for growth opportunities should the threat change or something else change that requires a new interceptor or another capability, Worshim said.

The solution also posed less intrusion to the existing Stryker platform, he added, and provided an increased level of protection as the crew reloads ammunition, which can be done under armor.

While the Avenger solution was deemed technically acceptable and met requirements, one of the reasons the Army decided against using the Avenger on Stryker as the solution was because the government felt that it would require major modifications to the Stryker, according to Worshim.

The Army has a desire to keep the Stryker as common across the fleet as possible, Worshim said.

Boeing was also looking to the government to supply Avenger turrets and a limited amount of those exist readily in the service’s inventory, which would have been problematic when considering the Army’s goal to deliver 144 IM-SHORAD systems by fiscal year 2022, he explained.

Now that vendors have been selected, the Army will move into a negotiation period expected to wrap up in mid to late July. The service expects to officially award the contract to build nine prototypes by August 31, but has the intention to possibly move that date up, Worshim said.

Once the contracts are solidified, DRS will provide the first mission equipment package complete with a new digital Stinger missile launcher in February 2019. Then GDLS will fully integrate the SHORAD prototype by April 2019.

The final prototypes will be delivered to the service by the first quarter of fiscal 2020.

As the prototypes are coming along, the Army will conduct prototype testing to see if the systems are meeting requirements. “From there, the Army will decide if this solution truly meets requirements in this respect,” Worshim said. If the solution does meet requirements, production efforts to build 144 systems — a total of four battalions — will move forward.

The Army’s goal is to provide the first battery no later than the fourth quarter of 2020, but that will depending on funding. If funding is lower than expected the Army will deliver the first platoon by about that time, according to Worshim.

The service has moved from receiving a directed requirement in late February 2018 to selecting vendors for the IM-SHORAD solution in just around four months, which Worshim noted, is moving at “lightning speed” when it comes to typical acquisition processes.

The hope is the process to build an IM-SHORAD solution will be used as a model in procurement for the Army moving forward, he said, that incorporates the “fly-before you buy” concept and creates a way to rapidly understand capabilities moving forward. 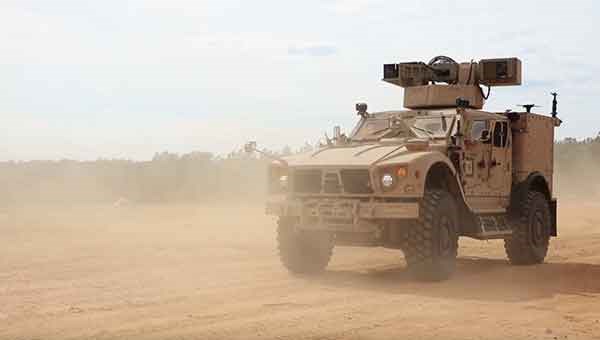