Leonardo DRS is excited to exhibit at Modern Day Marine. The expo organizers are bringing the traditions established from years of holding the event at Quantico to the Walter E. Washington Convention Center in downtown Washington, D.C. This promises to provide new opportunities to connect with a more diverse set of customers related to the U.S. Marine Corps. Opportunities for us to show how we help our forces Own the Edge and stay ahead of the threat.

For more information or to schedule a meeting during the event, please contact: 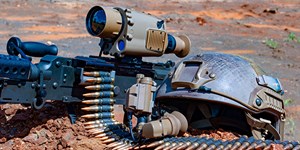 Family of Weapon Sights - Crew Served (FWS-CS)
The FWS-CS is a thermal weapon sight, which wirelessly communicates with a helmet worn display (HMD) increasing survivability and decisive operations in day or night conditions. The Warfighter has the ability to engage enemy targets while they are in defilade. 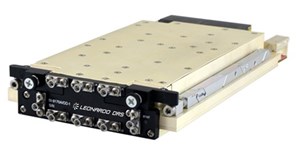 SI-9170A Sparrow
The small yet powerful Sparrow is the optimal front-end tuner for both commercial and military systems that search, intercept and locate electromagnetic energy. SI-9173 Vesper
A breakthrough in high-performance RF, containing up to ten 100 MHz channels in a single-slot 6U VPX module. AC²ES (A-PNT Converged Computer – Embedded & Scalable)
Developed with efficiency in mind, AC²ES is embedded in our widely used Data Distribution Unit – Expandable (DDUx) II. The DDUx II and military variants are currently fielded on over 150,000 vehicles meaning this capability can be easily implemented without additional space or weight requirements. LiveSky™
Leonardo DRS, Inc. announced today that it has entered into a strategic partnership with Hoverfly Technologies Inc. (HTI) of Orlando, Florida to manufacture HTI’s line of Tethered Unmanned Aerial Systems (TUAS). The Leonardo DRS Land Systems business in St. Louis, Missouri has since received its first order from Hoverfly valued at over $4 million. STAG 5 Gimbal
The Small-UAS Tactical Agile Gimbal (STAG) family is a line of best-in-class stabilized systems for the Common Launch Tube and other 5” gimbal applications. Leonardo DRS is pledging its support to the Navy-Marine Corps Relief Society and their mission to provide financial, educational, and other assistance to members of the U.S. Naval Services.