More about the announcement

Leveraging material and component upgrades, as well as lessons learned over twenty-plus years of development, TROPHY VPS achieves up to 40% weight reduction and improved power management, depending on how it is integrated on a platform. The updated system retains its proven ability to protect against the full range of direct fire, anti-armor rocket and missile threats, with performance equal to TROPHY systems currently in the field.

“Leonardo DRS and our Rafael partner have listened closely to our customers and these achievements represent our continuing investment in meeting their needs,” said Aaron Hankins, Vice President and General Manager of the DRS Land Systems division. “We are leaning forward to bring added capabilities to TROPHY for the Army’s Vehicle Protection System program.”

Conducted at an official test range in Israel, the recent round of testing was monitored by subject matter experts and program officials from the US, NATO and other allied nations. It included over 250 live scenarios challenging key aspects of the system’s upgraded hard-kill defeat mechanism, bringing the total number of live tests of TROPHY to over 4000 since the start of the program. Threat defeat performance was in excess of 95% and demonstrated TROPHY’s automatic networked Fire Source Location ability. Integrated on a Bradley Fighting Vehicle for this test campaign to highlight its immediate relevance for that platform, TROPHY VPS will next be demonstrated in the US on the Stryker platform at the request of the Stryker program office. Meanwhile, DRS and Rafael are continuing a parallel effort to bring about TROPHY’s compliance with the US Modular APS standard.

“Rafael is encouraged by the extensive presence of US and international visitors at the tests,” said Moshe Elazar, Executive Vice President and Head of Rafael’s Land and Naval Division. “It shows the growing understanding that system maturity is not just a phrase. We are guaranteeing lower programmatic risk to our customers by leveraging proven performance and broad integration experience on main battle tanks, IFVs, 8X8s, and other platforms.”

Rafael Advanced Defense Systems Ltd. designs, develops, manufactures and supplies a wide range of high-tech defense systems for air, land, sea, and space applications for the Israeli Defense Forces and the Israeli defense establishment, as well as for customers around the world. The company offers its customers a diversified array of innovative solutions at the leading edge of global technology, from underwater systems through naval, ground, and air superiority systems to space systems. Rafael is one of Israel’s three largest defense companies, and employs 7,500 people and numerous subcontractors and service suppliers, including in the United States. Please consult Rafael’s online site at www.rafael.co.il. 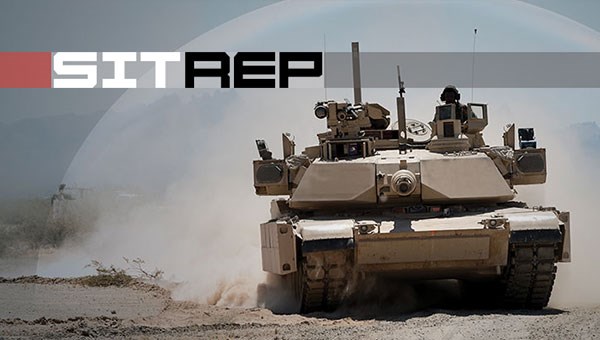