ARLINGTON, VA, January 8, 2019 -- Leonardo DRS, Inc. announced today that it has been awarded an undefinitized contract action  initially worth $79.6 million to provide the U.S. Army and Marine Corps with additional TROPHY active protection systems.  This brings the total funded value of the program to over $200 million.

Developed by long-time partner Rafael Advanced Defense Systems Ltd. of Israel, TROPHY provides combat-proven protection against anti-armor rocket and missile threats, while at the same time locating and reporting the origin of the hostile fire for immediate response.

“Leonardo DRS is proud of the confidence shown by the Army in deciding to field TROPHY to even more US combat brigades,” said Aaron Hankins, Vice President and General Manager of the Leonardo DRS Land Systems division. “Together with our Rafael partners, we are fully committed to meeting our customers’ demands and are working in parallel to further address the urgent protection needs of other US platforms.”

The DRS and RAFAEL team led a successful demonstration featuring a new, lighter “TROPHY VPS” variant on a Bradley Fighting Vehicle in Israel during August 2018. The team will also be participating in the Army’s Stryker Expedited APS demonstration “rodeo” in February.

“Rafael does not stand still. TROPHY VPS provides the same capabilities and performance as TROPHY in a significantly smaller package,” said Moshe Elazar, Executive Vice President and Head of Rafael’s Land and Naval Division. “We are also leveraging our global leadership in both active protection (close to 1,500 TROPHY systems) and medium-caliber remote weapons systems (over 1,000 systems), to offer the mature, reliable, lightweight Samson turret, which combines both capabilities. Given our wide customer base and existing production lines for both, Samson is a capable, affordable, low risk solution for the U.S. Army’s Next Generation Combat Vehicles, other programs in Israel and other markets.”

Rafael Advanced Defense Systems Ltd. designs, develops, manufactures and supplies a wide range of high-tech defense systems for air, land, sea, and space applications for the Israel Defense Forces and the Israeli defense establishment, as well as for customers around the world. The company offers its customers a diversified array of innovative solutions at the leading edge of global technology, from underwater systems through naval, ground, and air superiority systems to space systems. Rafael is one of Israel’s three largest defense companies, and employs 7,500 people and numerous subcontractors and service suppliers, including in the United States. Please consult Rafael’s online site at www.rafael.co.il.

Leonardo DRS is a prime contractor, leading technology innovator and supplier of integrated products, services and support to military forces, intelligence agencies and defense contractors worldwide. Its Land Systems business unit is recognized leader in the design and integration of complex technologies into new and legacy systems and platforms for global military and commercial customers. Headquartered in Arlington, Virginia, Leonardo DRS is a wholly owned subsidiary of Leonardo S.p.A. See the full range of capabilities at www.LeonardoDRS.com and on Twitter @LeonardoDRSnews. 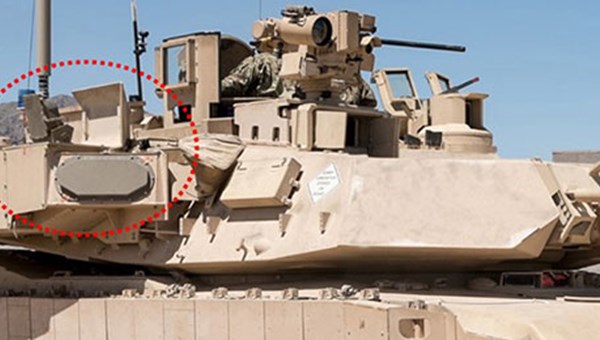