Arlington, VA - November 15, 2017 -- Leonardo DRS, Inc. announced today that its Canadian subsidiary, DRS Technologies Canada, Ltd., has been awarded a contract by the U.S. Navy to provide four additional Integrated Voice Communications Systems (IVCS) for their Aegis cruisers and destroyers. The award is part of the Navy’s larger IVCS contract.

“We are delighted to again be tapped to provide these advanced systems for secure, reliable communications to enhance the mission of these important U.S. Navy ships,” said Martin Munro, Vice President and General Manager, DRS Technologies Canada Ltd.  “This brings the total number of systems ordered up to 16 out of a possible 30 under our existing contract. It also underscores the great confidence the United States Navy has in the DRS system to provide vital communications management to its fleet of major surface combatants,” he added.

DRS is already a key supplier for the U.S. Navy Cruiser and Destroyer Aegis Modernization Secure Voice System ON-740, which is a mission-critical, tactical communications system supporting command and control operations on the ships. DRS Technologies Canada delivered the ICVS systems to the DDG 51 new ship construction and AEGIS modernization DDG 51 destroyers and CG 47 cruisers under a 2009-2014 prior contract.

The IVCS/SHINCOM system is standard equipment onboard every U.S. Navy cruiser and destroyer as well as Australian, Japanese and South Korean destroyers. In all, DRS Technologies Canada has installed these communications systems on over 150 warships world-wide. DRS’s international success has also helped sustain a local manufacturing and in-service support enterprise that employs 250 highly skilled engineers and technicians.

Delivery of the systems is expected in September 2018. 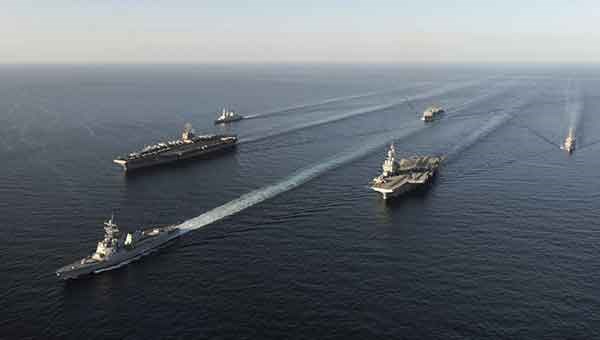