Electric power is the Navy’s future. New technologies, evolving operating environments, and more stringent policies on pollution and climate change are driving the demand for more power. The Navy is investing in new ways of managing and storing power to address the growing demand. Several classes of ships are already employing either hybrid-electric or electric integrated propulsion systems. Future classes, including the Columbia-class ballistic missile submarine (SSBN) and the Future Large Surface Combatant, will be powered by an all-electric drive system as part of an Integrated Power System (IPS).

The need for more power is driven primarily by the Navy’s insatiable demand for more powerful sensors (particularly radars), the increased proliferation of computers and other IT systems in modern warships, and the introduction of directed energy weapons systems. The Navy is deploying new systems and capabilities that will demand major increases in available ship power.

These include advanced sensors, such as the powerful AN/SPY-6 Air and Missile Defense Radar being deployed on the Arleigh Burke DDG Flight III destroyers, the new Constellation-class frigate, and directed energy weapons. Managing systems with high peak energy demands will require a sophisticated and integrated approach to the ways electricity is generated, stored, and employed.

At the same time, the Navy needs to shrink its logistics tail, particularly if it intends to retain the ability to operate in the Western Pacific. In addition, the Navy faces challenges in managing costs, particularly those associated with operations and maintenance. Increases in the price of gas and diesel fuel contribute to higher logistical support costs and greater demands on an already overstretched supply train. Reducing its use of fossil fuels will save the Navy money.

There is increasing pressure on the armed forces to reduce their environmental footprints. Ships operating with or transporting fuel generate CO2, which contributes to global warming. Because the technologies necessary to support electric propulsion, including hybrid electric and full electric IPSs, have advanced considerably over the past decades, the time has come for the Navy to accelerate the transition.

The Navy is approaching electrification from several directions. One example is by improving the way that power is distributed and managed through energy efficiency measures. These include new forms of storage that create energy magazines that ships can draw on to meet peak power demands from systems such as directed energy weapons without compromising energy usage in other parts of the vessel. Advanced energy storage systems and power modules can also be retrofitted into existing ship classes.

One option is hybrid electric drive (HED), like that in a hybrid car power plant. This marries traditional turbine engines for high-speed operations with a diesel-driven electric motor for low-speed activities. A second option is the electric integrated power systems or IPS, which relies on diesel engines to power electric generators that in turn provide power to the propeller shafts and other ship systems.

HED and IPS drives are a fairly common form of propulsion for a wide range of commercial vessels in service today, from offshore support vessels to cargo carriers, roll-on/roll off vessels, ferries, and tugs. Virtually all new cruise ships employ some form of diesel-electric drive.

The Navy has been investing in advanced power systems for decades. It established the Electric Ships Office under NAVSEA in 2007. Even then, the Navy recognized that the demand for power on its ships would inevitably rise, as electronic systems including radars, various sensors, and even weapons proliferated and became more powerful.

The Lewis and Clark-class T-AKE-1, serving as a dry cargo/ammunition ship, uses an integrated electric power system. This makes sense, as these ships generally operate at relatively low speeds and do not have high peak energy demands.

The Navy took its boldest step forward towards a new energy future with the Zumwalt-class DDG-1000, the first Navy surface combatant to employ an IPS. The Zumwalt Integrated Full Electric Propulsion (IFEP) system can produce 72MW of propulsion power.

Going forward, the Navy is going to install a next-generation version of an electric IPS on the new Columbia-class ballistic missile submarines. The IPS will be quieter than the mechanical-drive systems employed on all existing U.S. submarines, thereby contributing to the Columbia class’s survivability. It will also support the introduction of future technologies, such as advanced sonar and countermeasures.

The Navy has also indicated that it intends to deploy an IPS on its future Large Surface Combatant (LSC). The Navy plans to develop yet another IPS for the LSC based on lessons learned from the Zumwalt, Ford and Columbia-class programs with respect to electric propulsion, energy storage and power management.

To respond to increasing demands for power while making progress toward a future electric-drive fleet, the Navy must pursue multiple avenues. It needs to look for opportunities to optimize current ship architectural designs to increase overall power and make the most of intermittent power. It should seek to increase energy efficiency through new energy storage measures and process adjustments. It should make greater use of specifically designed power modules, using commercial technology where it makes sense.

Finally, as the Navy moves forward with the design of its new destroyers, it should consider importing the IPS that will power the Columbia-class. Designing an entirely new IPS will take years and entails significant risk. One of the advantages of the Columbia-class IPS is that it is designed from the start to be scalable and to be transferrable to new classes of surface combatants such as the LSC. Without the severe quieting requirements for deployment on SSBNs, the new IPS should be quite affordable.

Electrifying the Future Fleet: A Dispatch from Sea-Air-Space 2022

Register for the webinar 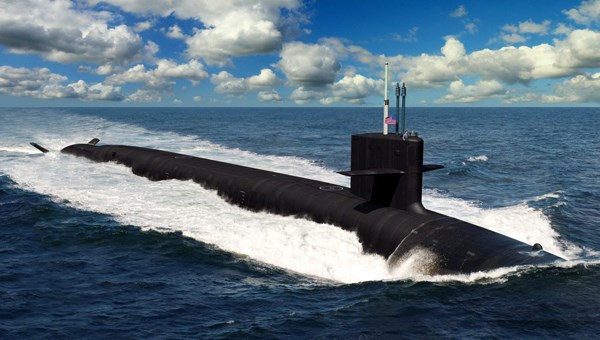 Building naval vessels with electric propulsion is a new challenge for shipyards. 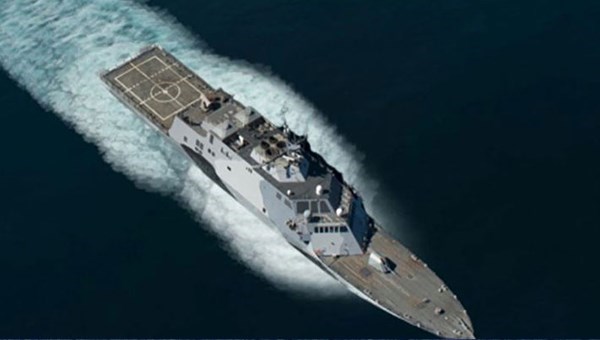 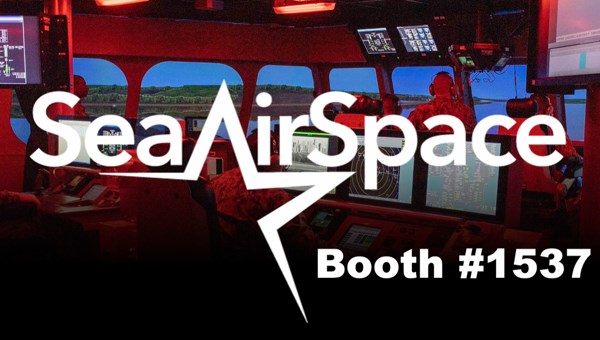 See the naval technologies on display