Where do traditional defense companies fit in the Pentagon’s tech push?

Transcript of Interview with Bill Lynn:

If you look back 20, 30, 40 years, a lot of the research on defense systems was actually inside the department and inside the defense industrial base itself. And often though that research was exported to the commercial sector-- think GPS, think the internet coming out of ARPANET. That balance has shifted now so much more of the research, much more of the technologies that you need to have cutting edge fighting forces are coming from the commercial sector. I'm thinking now autonomous systems, cloud computing, quantum computing.

All of those technologies, really their origin is in the commercial sector. So you're going as a defense company from a net exporter to a net importer. The balance hasn't gone from 100 zero to zero 100, but it's ... I think the balance has shifted more in favor of commercial technology. So I think you have to have, as a defense company now, you have to have a much broader purview of the technologies that are going to be needed to put into your systems.

Well, it's a holistic approach, but what you're really looking for is a sustainable competitive advantage. You don't tie exactly to individual programs, but you do want to have programs in mind that are inside the five year planning cycle because what you need to get is a return within a reasonable period of time and what you're looking to do is basically get ahead of the field. Can you do something in terms of investing that's going to give you some kind of advantage in the next competitions that you think is going to give the department, give the US military something that nobody else can provide? 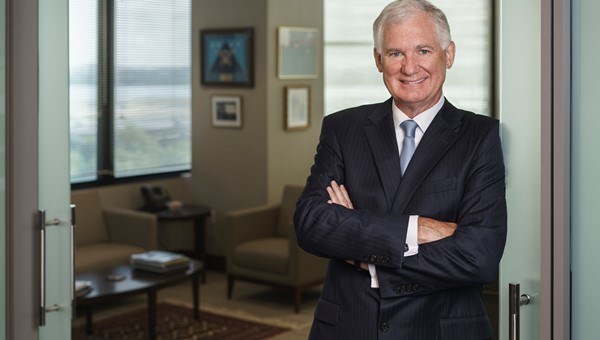