Army Ammo Plants At ‘The End Of The Rope’: Jette 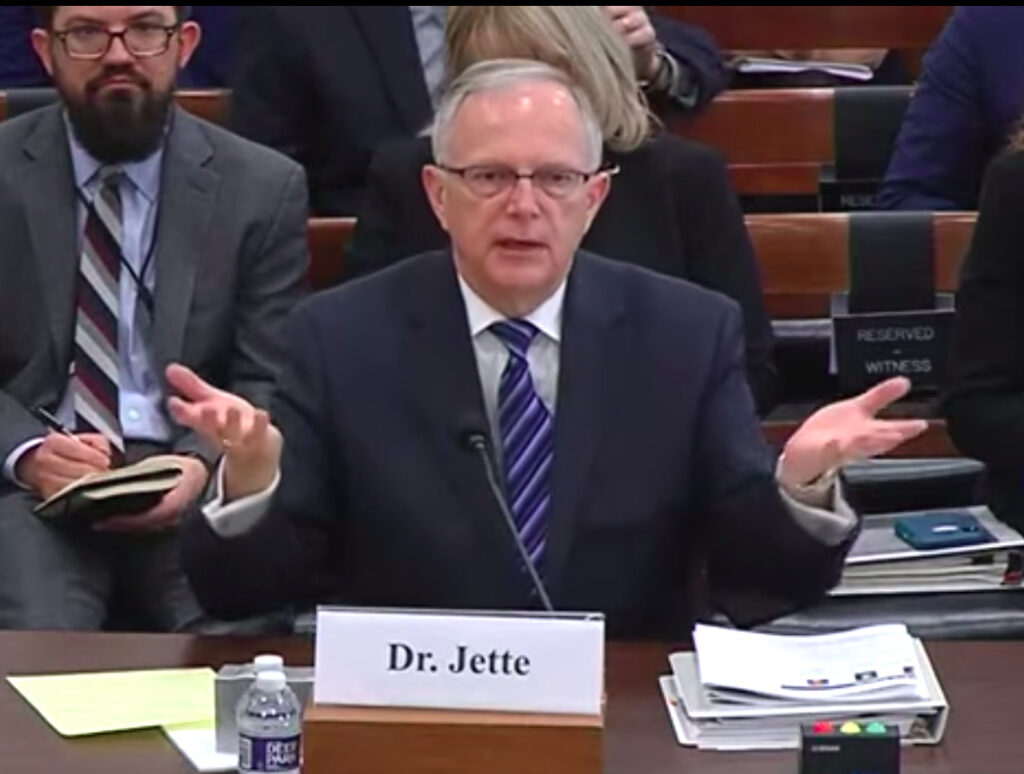 Bruce Jette, the Assistant Secretary of the Army for Acquisition, Logistics, & Technology, testifies to the House.

WASHINGTON: The Army’s ammunition plants require a radical overhaul of everything from technology to floor plans to improve safety, the Army’s acquisition chief told reporters today. But the service is still building support in the Office of the Secretary of Defense and on Capitol Hill, Bruce Jette said. Meanwhile, Army officials are crafting a detailed 15-year “transformation” plan, parts of which will be ready to roll out next year.

“We’ve kind of come to the end of the rope with respect to modernization for those facilities,” Jette said at a press conference associated with the virtual AUSA 2020 conference. “[There are] people who were killed at the facilities doing exactly what they were supposed to do, [following] the procedures had been ‘modernized,’ yet we still had catastrophic events. To not learn from those events and not take action on them would be untenable.”

Now, Jette’s not talking about tearing down all the buildings at the Army-owned ammo plants, many of which were built in World War II. But, the equipment, lay-out, and processes inside those buildings need to be “transformed,” he said, not just “modernized.”

“We need to get people away from the energetics,” Jette said. As he’s explained earlier in testimony to Congress, that means having remote-controlled robotics handle explosive materials, not workers scooping it up with wooden spatulas. That means multiple production lines with plenty of room between them so at accident at one doesn’t injure workers or shut down production at the others. And it means advanced multi-purpose machinery that can be adapted to produce different things, creating flexibility, instead of old-school hardware that can only ever do one thing.

In the case of many existing facilities, said Brig. Gen. Vincent Malone, the Joint Program Executive Officer for Armaments & Ammunition, “they were designed for a specific purpose, [for example] a building was designed to support a melt-pour process for artillery shells, and it wasn’t designed with anything else in mind.

“Going forward we have to design for flexible execution,” he said. “That’s more feasible today than it was,” thanks to the greater flexibility of modern computerized equipment. The goal is to build modular facilities that can easily ramp up or down the production of any specific kind of ammo, including scaling up to “surge” production in a crisis.

The Army’s still in the early stages of drafting a plan – and a budget – to actually do this, though. Neither Jette nor Malone offered a cost figure, although Jette noted the Army already invests in incremental modernization at these facilities, and that funding could be repurposed to help pay for a more ambitious overhaul.

The “organic industrial base” for ammunition is currently executing a 10-year modernization strategy that was published in 2016 and in theory extends through 2025, but the new approach will supersede that strategy. “We are going to be drafting a revised modernization plan that will run out 15 years,” Jette said, with provisions for regular review.

It doesn’t sound like that new strategy will be reflected in the Army’s budget submission for 2022, however, nor in the associated Program Objective Memorandum (POM) for 2022-2026. While Malone will publish a new plan for the POM soon, he said, “this is not going to be the transformational strategy that Dr. Jette is talking about,” although it will apply some of the principles of that strategy to ongoing upgrade projects at Lake City, Mo.; Holston, Tenn.; and Radford, Va.

So when will the new strategy come out? It’ll take 12 months to get first draft. “Our timeline … is to have that initial plan out at about this time next year,” Malone said. “Will it be all inclusive? No — but it will set the foundation for that long-range 15-year strategy.”