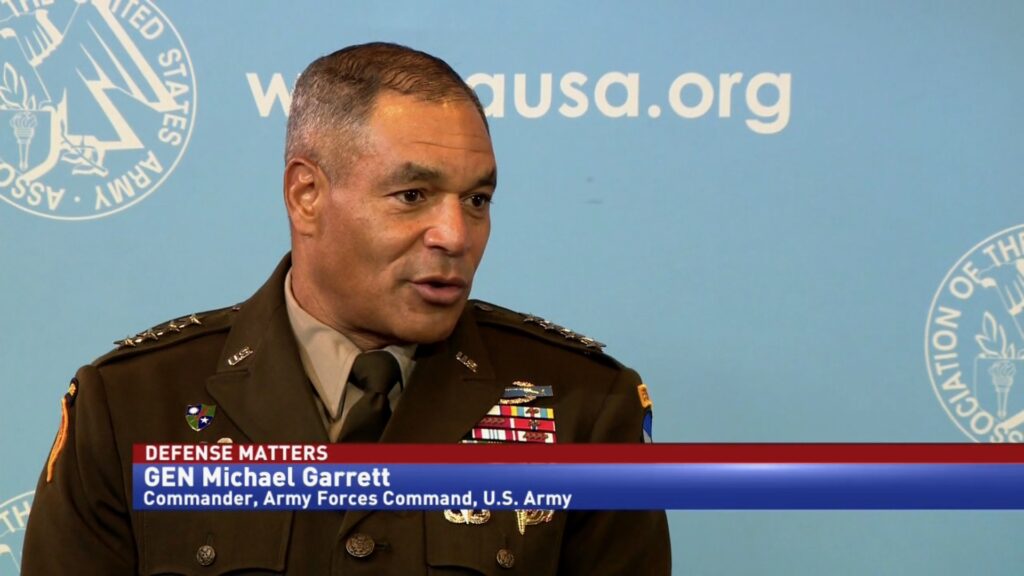 WASHINGTON: The Army had to cancel three rotations at Fort Irwin’s National Training Center this summer because of the COVID-19 pandemic and must pare back the number even more under the pressure of the military’s high optempo rates, the head of FORSCOM told reporters today.

Gen. Michael Garrett said during an AUSA roundtable today that the brisk pace of major exercises at the NTC borne over the last three years was “certainly not sustainable,” so the service would be returning to the less breakneck pace the Army previously pursued.

Trimming the number of NTC events is part of a broader effort across the Army to focus much more on lower echelon training, especially small unit training, part of the bottom-up training strategy outlined this morning by Army Chief of Staff Gen. James McConville.

That focus on lower echelons will be cheaper than running brigade and above training, Garrett said. Still, Lt. Gen. Jon Jensen, director of the Army National Guard, said some of the Guard’s operations and maintenance money will have to be moved around because the citizen soldiers have had to put in so much time reacting to civil disturbances around the country in the wake of the George Floyd killing. 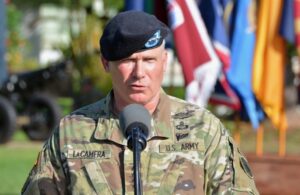 But, I asked them, since the Army is placing so much emphasis on All Domain Operations, which typically require a great deal of higher echelon communications, command and control, how will they do an effective job of training troops in ADO operations? Garrett and Gen. Paul LaCamera, head of U.S. Army Pacific, said much of that training will not be done at the unit level in the Army but at the Joint Forces level.

LaCamera said any war in the Pacific will be “a joint combined interagency fight.” The US must “work with our allies and partners and allies, because they’re in these countries, especially in the Indo-Pacific where they are closer to our adversaries, to the threat they pose.”

Also, Garrett said computer simulations and other technical means can be used for some of the higher echelon training. The focus must, he said stay on the men and women who fight the last 100 yards as they close with the enemy. They need the most training. “They’ve got to be able to focus on the basics,” he said.