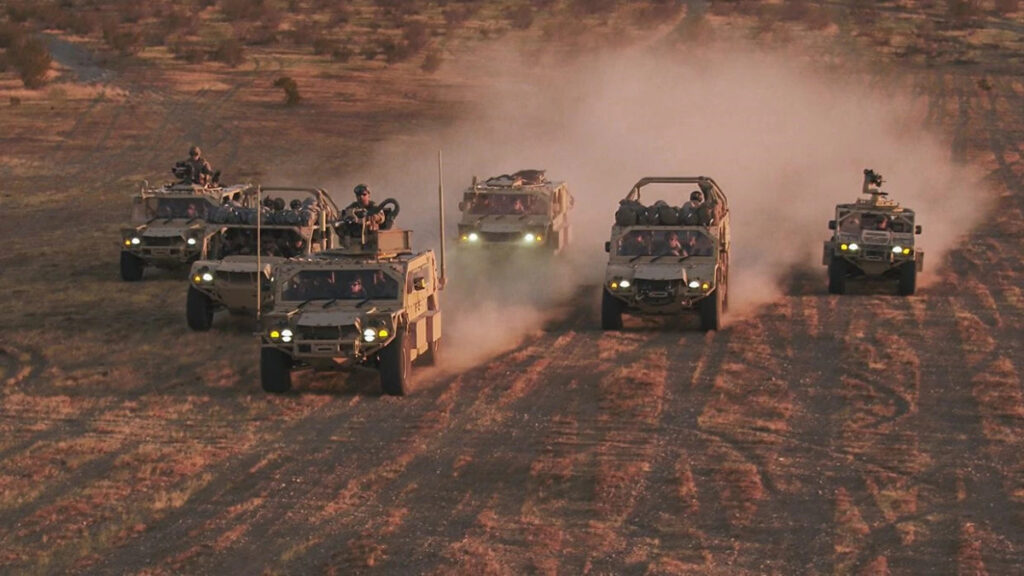 WASHINGTON: The Army will brief interested companies Oct. 20 on an electric-drive version of the long-delayed Light Reconnaissance Vehicle and the service’s emerging strategy to convert its gas-guzzling formations to electric power.

The service is working with a non-profit consortium of more than 200 companies and universities developing clean transportation technologies, CALSTART. But the driving logic here is pure Army green, not eco-friendliness. Tactically, electric vehicles accelerate quicker, run cooler, and move quieter than internal combustion ones – advantages that are all especially valuable for stealthy scouts like LRV. They can also run power-hungry high-tech systems, from sensors to lasers, without needing a bulky auxiliary power unit.

Logistically, even if the Army has to recharge its electric vehicles from diesel generators, that would actually get more miles per gallon than putting the same fuel directly into an internal combustion vehicle, because electric motors are much more efficient. So electric power could reduce dependence on long supply lines and vulnerable convoys of tanker trucks, which are prime targets for adversaries ranging from Taliban irregulars to Russian missiles. Army and NATO wargames have shown some alarming vulnerabilities in the fuel supply.

“You’re not going to go straight to an all-electric [fleet]. The battery density is not there for your combat vehicles,” Ressler told me – at least, not yet.

From Light to Heavy

Ressler hopes to have a formal Abbreviated Capabilities Development Document (ACDD) for ELRV approved “in a matter of months,” he told me. “We see this as the first electrified vehicle for the Army ground combat fleet.”

Industry feedback on ELRV – and progress on development, if the program goes ahead – will then inform the long-term strategy for Tactical and Combat Vehicle Electrification across the wider fleet. Ressler’s team is now drafting what’s called an Initial Capabilities Document for TaCVE.

To test those concepts out in practice, he added, “we’re looking at other potential candidates for electrification right now.” High on that list is the Infantry Squad Vehicle (ISV) being built by GM Defense, an air-droppable light truck designed to carry airborne troops from their drop sites to the objective. Electric vehicles’ innate stealth and reduced dependence on fuel supply would be particularly valuable to paratroopers, who operate on the ragged end of long supply lines.

LRV and ISV are natural partners. The Light Reconnaissance Vehicle was intended to scout ahead of the vulnerable Infantry Squad Vehicles, helping the unarmored transports avoid a lethal ambush. But the Army decided to delay a purpose-built LRV and use the heavier Joint Light Tactical Vehicle (JLTV) as a stopgap scout. So it looks like LRV may have a second chance at life.

ISV and LRV are both ultralight vehicles, meant to support airborne troops and other light infantry units that can deploy rapidly by air but after that mostly maneuver on foot. But even light infantry brigades have a small fleet of heavy trucks to carry supplies and special equipment. Mechanized units have a host of armored vehicles – 8×8 wheeled Strykers for medium brigades; tracked tanks, howitzers, missile launchers, and troop carriers for heavy brigades – followed by an even larger number of trucks to carry fuel, spare parts, supplies, and other support. There’s already been some progress with these heavier vehicles. 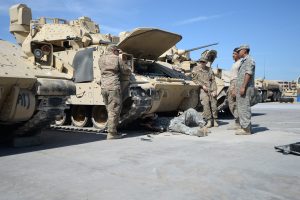 BAE Systems is developing an experimental hybrid diesel-electric engine for the M2 Bradley troop carrier. BAE’s experimented with hybrid-electric armored vehicles for decades, company exec Andrew Rosenfeld told me – they once built a hybrid as heavy as an M1 Abrams tank – but the company’s recent boom in civilian hybrid-electric buses has advanced the state of the art. Their engine for the Bradley can move up to 45 tons, and the same basic design could scale larger or smaller to go in a wide range of other vehicles. The hybrid Bradley uses 10 to 20 percent less fuel during a normal mission, he told me, and it can generate 500 kilowatts of power, enough to run an Army field hospital.

Increased power generation not only allows an electrified vehicle to have more technology on board, like sensors and weapons. Such vehicles could also park, plug in, and power up soldiers’ charging kits, field hospitals, command posts, or radar sites – potentially replacing traditional diesel generators.

“The very concept of what constitutes a vehicle has changed,” the white paper argued. “Electrification has transformed vehicles into sensor platforms, communication nodes, and mobile computational hubs.”

Just as the F-35 fighter is so full of electronics that a former Air Force Chief of Staff called it “a computer that happens to fly,” electrified ground vehicles could become computers that happen to drive – and not just computers, but mobile charging stations as well. Today’s complex and vulnerable supply chain must move large amounts of fuel from refinery to tanker to forward depot to individual vehicles and generators. A future system could be much more decentralized, supplying smaller amounts of fuel to hybrid-electric vehicles, which could then generate power to share with all-electric ones. 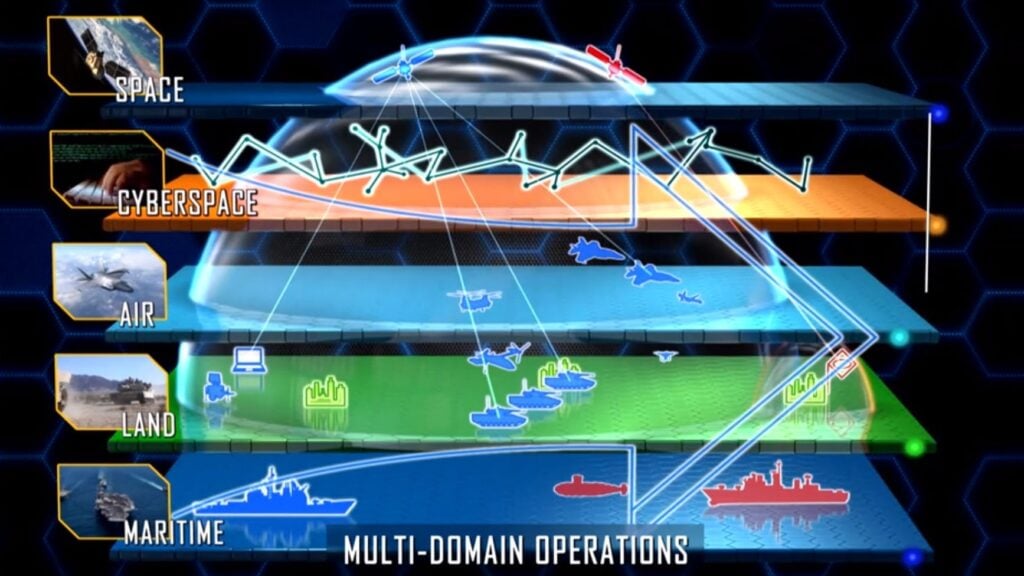 Such streamlined logistics could make a life-or-death difference in wartime. The Army’s concept for future combat, Multi-Domain Operations, calls for individual brigades to operate up to seven days without stopping for resupply. That’s unimaginable today. Improving fuel-efficiency of internal combustion engines would make for only “marginal” progress towards the goal, the white paper argued. Truly self-sufficient combat units will require largescale replacement of fossil fuel with electricity, potentially drawn from small, mobile nuclear reactors. 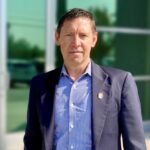 “It’s fundamental to Multi-Domain Operations,” argued retired Lt. Gen. Eric Wesley, who commissioned the white paper when he was Futures & Concepts Center chief for Army Futures Command. He just took on a private-sector job with Flyer Defense, a maker of lightweight off-road trucks that’s now developing an electric-drive vehicle with a small, built-in diesel generator to recharge itself. (This isn’t a hybrid-electric drive, since the diesel doesn’t’ drive the wheels; it just charges the batteries).

“Moving energy on the battlefield is the biggest challenge commanders will have in the future,” Wesley told me. But if you electrify your vehicle, he argued, it can “become more than just a combat vehicle: It becomes an energy node [in] a distribution network, where every vehicle is part of your energy distribution plan.”

Such a decentralized and flexible system, he argues, is much harder for a Russian missile strike to take out than a fuel depot.