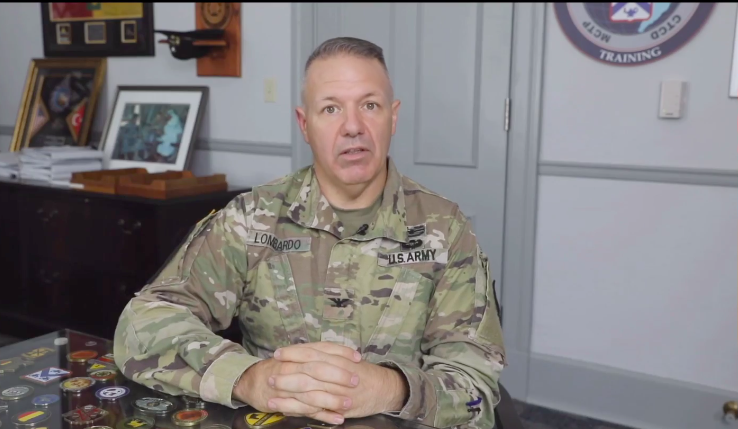 WASHINGTON: Army Training and Doctrine Command will use Other Transaction Authority (OTA) contracts to speed its live fire modernization efforts to get moving early next year, says Col. Charles Lombardo, deputy commander for training at the Army Combined Arms Center.

Army senior leaders are “going hard on the use of OTAs” as they develop the budget for 2021 through 2025 to support “our vision and glide path,” he told the virtual Association of the US Army (AUSA) meeting today. “[Major Gen. Maria] Gervais and the Cross Functional Team – Synthetic Training Environment will be working hard and advocating on our behalf.”

The second quarter of 2021 “is a time to bring industry together and we’re working through that,” he added.

Lombardo explained that his team is seeking industry input on “how do we merge and improve” live training with the capabilities and the emerging technologies in the synthetic training realm.

One of the key goals of the modernization effort, he said, is to become less reliant on “brick and mortar” combat training centers, and provide “more agile TADS —  training aids, devices and simulations — out to the formation.” The goal is to “take out the artificiality of some of our current Tad’s that we’ve been relying on over the last 30 years” and create faster-paced, more realistic training environment.

“We’re kind of building the bridge right now,” he added.

Another key element of this modernization will be creating training for Multi-Domain Operations, as well as joint training with Air Force and Army units to make that more realistic. He noted that the head of Army Futures Command, Gen. Mike Murray, has stressed the importance of multi-domain training, especially the new Project Convergence exercise series aimed at honing the service’s ability to fight across the land, sea, air, space and cyberspace domains.

“Gen. Murray has talked about the view of Project Convergence as our ‘Louisiana Maneuvers,’ if you will, for the 21st century. He said the Nazis had planes, radios and tanks; and we now have hypersonics, AI and swarms of expendable maneuver drones.”

(The Louisiana Maneuvers were held in to evaluate training, logistics, doctrine, and decide which commanders could handle modern warfare. Generals Omar Bradley, Dwight Eisenhower, Lesley McNair, and George Patton all rose to the occasion and then proved themselves during the war.)