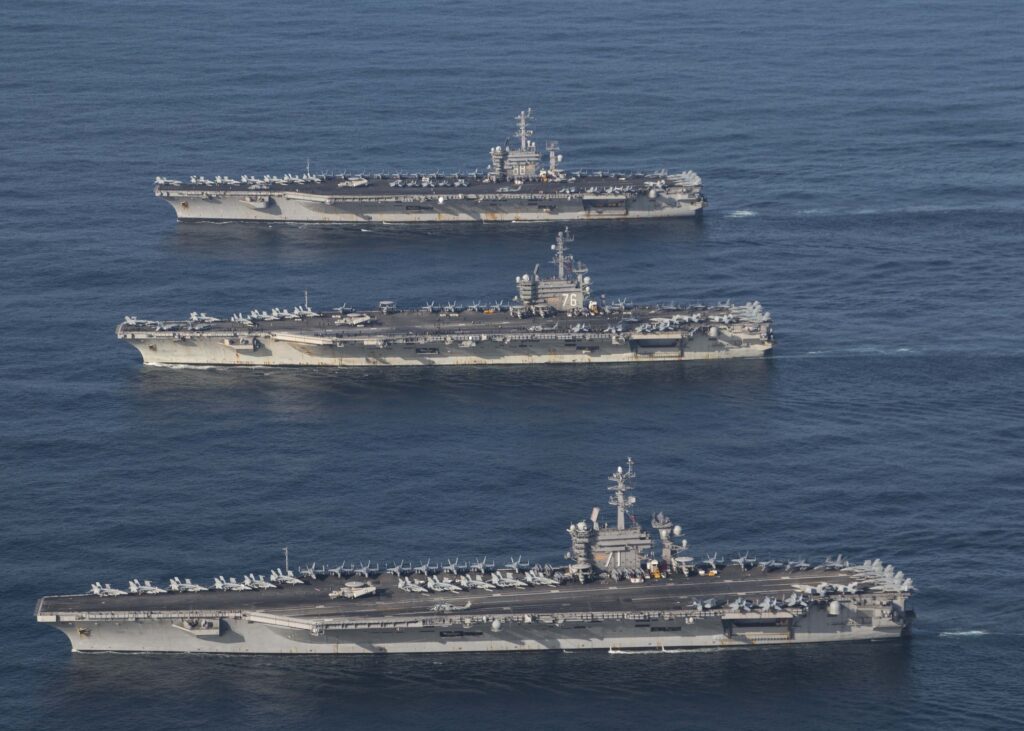 WASHINGTON: Acting Navy Secretary James McPherson has scuttled a major initiative of his ousted predecessor, canceling a planned 6-month study on the future of the aircraft carrier, relying instead on a DoD-led effort to determine the size and structure of the future fleet.

The acting SecNav, who has kept the ship steady since taking over from Thomas Modly last month, “recently determined the Department of the Navy will not, for the time being, move forward with the Future Carrier 2030 effort,” Cmdr. Sarah Higgins told me in an email. Instead, the Navy “will fully support the Department of Defense’s internal study on future force structure requirements, which will include a carrier review.”

The carrier review was the brainchild of Modly, who resigned in March amid the chaos of his firing of the captain of the COVID-19 stricken carrier USS Theodore Roosevelt.

The deep dive into the future of the carrier was problematic from the start. It was scheduled to wrap up in September, two months after the Pentagon planned to release its version of the Navy’s new force structure plan.

That schedule would have made the carrier study dead on arrival, since Defense Secretary Mark Esper’s views on the shape of the fleet would outrank the Navy study, and would have been briefed to the Hill weeks before.

Asked specifically about Modly’s carrier review in written answers submitted to the Senate Armed Services Committee last week before his nomination hearing to become the next Navy Secretary, Kenneth Braithwaite declined to support the effort.

“It is my understanding that a 2016 study completed by the RAND corporation, which examined notional aircraft carrier variants that could replace or supplement the FORD class CVN, confirmed the design attributes of the FORD Class CVN in a near-peer conflict,” he wrote. “It is further my understanding that the capabilities of survivability, maintainability, and power projection have been designed into our FORD-class CVNs to support the high-end fight.”

That position didn’t give the carrier study much top cover, and signaled it might not have long to live if Braithwaite was confirmed.

The Future Carrier 2030 Task Force, first reported by Breaking Defense, was meant to test how nuclear aircraft carriers stack up against new generations of stealthy submarines and long-range precision weapons being fielded by China and Russia.

A recently leaked Pentagon assessment of the carrier fleet suggests it might fall to nine decks, down from the eleven in the fleet now — and the twelve mandated by law.

While the Task Force is no more, McPherson plans to keep two other Modly initiatives — the stem to stern review of the service aimed at finding at least $40 billion in savings, and the Make FORD Ready summits designed to push progress on the USS Gerald R. Ford aircraft carrier.