Navy Readies To Buy New Frigates As Industrial Base Wobbles 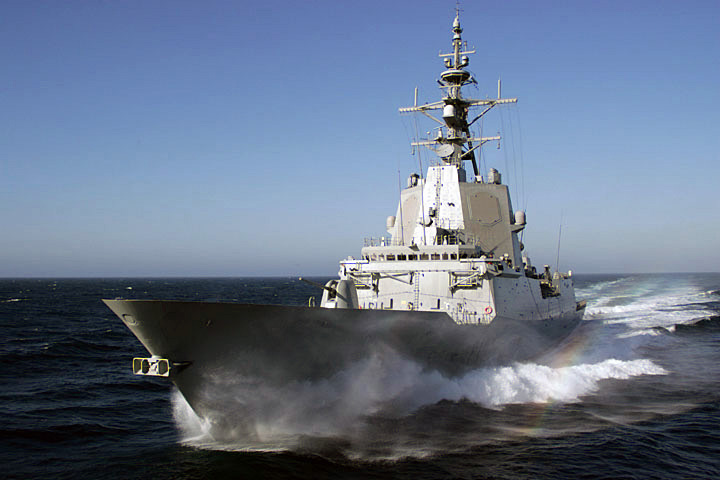 WASHINGTON: The Navy will award the first contract for an ambitious new class of frigates in the coming days, several sources with knowledge of the plan said, speeding up a program that wasn’t slated to get underway until later this year.

After the first award for ten ships, the Navy will launch a new competition for the next ten, possibly splitting the class and giving other shipbuilders another bite at the apple.

Moving forward the buy of the first of what should be 20 frigates serves more than one purpose. It locks in place one of the service’s top priorities while also pushing work to the winning shipbuilder months ahead of the original schedule, just as the Pentagon worries about the cratering of global manufacturing supply chains as a result to the COVID-19 pandemic.

The country’s largest shipbuilders are competing for the $1.2 billion first ship, with the price settling in at a projected $900 to $950 million per ship after that.

Fincantieri and Lockheed also make a version of the LCS, but decided not to submit it to the competition.

Hanging over any new start shipbuilding program however is the specter of the long-troubled LCS, a vessel still working to find a role and mission within the fleet. Despite its problems, the Navy has ordered 38 of them but is walking away from the class to pursue the new frigate.

Unveiling the fiscal 2021 budget earlier this year, Rear Adm. Randy Crites, deputy assistant secretary of the Navy for budget, acknowledged “we don’t want to have a repeat of some of the lessons of LCS where we got going too fast,” on the frigate effort, despite speeding up the initial award.

Plans call for the FFG(X) to be a small, multi-mission ship loaded out with the Aegis combat system, 32 vertical launch cells and the new SPY-6 radar system.

The ship will be smaller than the Arleigh Burke destroyer, the Navy’s current workhorse, but outfitted with more power generation capabilities and advanced electronic warfare systems, along with radar and anti-submarine warfare gear.

Navy spokesman Capt. Danny Hernandez said in an email that the frigate “will provide increased range, endurance and survivability over previous small surface combatants,” as well as improvements in surface warfare, electromagnetic maneuver warfare and air warfare, “with design flexibility for future growth.”

That’s a lot of capability to fit in a relatively small package at less than $1 billion per ship. But the Navy’s top brass and Defense Secretary Mark Esper have declared the fleet needs to be faster, lighter, more maneuverable and more numerous to meet the challenges of modern Chinese and Russian navies.

“It’s clear they need fewer large surface combatants and more smaller surface combatants,” a congressional source told me. “But whether the frigate is considered by the Secretary of Defense as being small enough” is an open question.

Getting the frigate in place early will provide some stability in an uncertain time for the Navy and its industrial base. The service’s long-term plans were thrown into flux in February when Secretary Mark Esper held up the release of the Navy’s 30-year shipbuilding plan and the long-awaited Integrated Force Structure Assessment (INFSA), after he found the Navy’s draft wanting. He assigned Deputy Defense Secretary David Norquist to lead a group through a months-long review of the plans before making them public this summer.

In a letter to the House Armed Services Committee, Esper said he wants the force to grow larger than the much-discussed 355 ship fleet Navy leaders have long aspired to, with many of those new ships being smaller than the ones currently at sea, and many others unmanned.

“Three months ago, I would have said, ‘oh yeah they’re gonna want to build more than 20’” frigates,” the congressional source said. “But now with the intervention of the Secretary of Defense it’s unclear. Maybe he’s fine with just 20, and he wants them to build a lot more of something that’s considerably smaller still.”

Two of the shipbuilders competing, Fincantieri in Wisconsin and Austal in Alabama have a lot riding on the contract, as their big-ticket work on LCS runs out in coming years. Huntington’s yards are somewhat protected because it is the only shipbuilder in America capable of building aircraft carriers, and has two more Ford-class big decks to build over the next decade, along with large amphibious ships.

Lawmakers in Wisconsin, well aware of what’s at stake, sent a letter to President Trump earlier this year promoting the Fincantieri Marinette Marine shipyard as best suited for the work.

“We have witnessed what the loss of opportunity does to the Midwest,” the letter said. “When industry departs, so does hope.” Wrapping up the pitch for close to $20 billion worth of work over the 20 ship contract, the senators concluded by telling the president his “leadership and attention to this opportunity is vital.”

There is no indication that any political weight is being put on the Navy in awarding the contract, but in an election year, with an industrial base staggering through supply chain meltdowns, the frigate contract is looming large.