Navy Rushes To Get F-35s on USS JFK; Other Ford Carriers Wait Their Turn 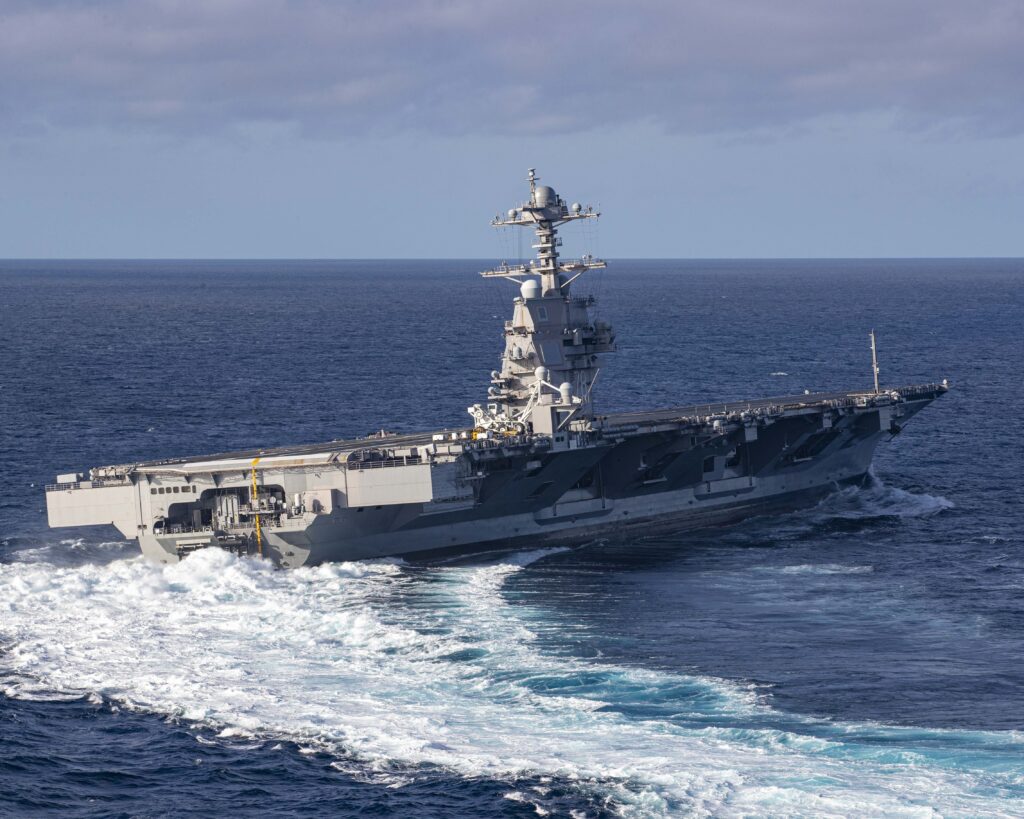 WASHINGTON: The Navy’s rushed effort to retrofit its newest aircraft carrier to operate the F-35 will create a testbed for the service’s other Ford carriers — which have not been built to fly the fifth generation aircraft — as the Navy juggles work on the remaining three big decks.

The $11 billion USS John F. Kennedy (CVN 79) was designed and christened without the capability to fly the 5th generation fighter because of cost caps and the aircraft’s infamously delayed development. Those schedule slippages forced the Navy to design and build the ships while the messy F-35 was still undergoing development.

In the 2020 NDAA Congress indicated it had had it’s fill of delays to the carrier and ordered the Navy to get to work refitting the Kennedy before it sets sail in 2024, forcing the Navy to improvise and refit the just-christened ship.

Speaking with reporters today, Rear Adm. James Downey, head of the Navy’s carrier programs, said those changes are forcing him to hold off on some early work on the forthcoming USS Enterprise (CVN 80), the third Ford-class carrier, and the USS Doris Miller (CVN 81) to ensure the Kennedy retrofits are done correctly before incorporating them on the other ships which have just started their build cycles.

Downey said he’s working to accelerate the integration of the F-35 on the JFK and prove out the upgrades in operational testing before doing similar work on the next Ford carrier to be built, the USS Enterprise. That way, all of the bugs will be ironed out on the JFK.

The original plan to incorporate the F-35 on the four Ford-class ships was to phase the capability in after the ships were declared operational, and then to refit them as they came into port for overhaul.

But Congress, frustrated that the nation’s newest class of carrier couldn’t operate the nation’s newest fighter plane, told the Navy to speed things up. The namesake of the class, the $13.2 billion USS Gerald R. Ford, is currently acting as a training asset off the East Coast, where air wings get carrier certified as the ship continues to iron out remaining issues with its weapons elevators. Simply put, the Ford won’t fly the F-35 for years to come.

Those electromagnetic elevators have been one of the biggest issues plaguing the ship over the past two years, as the Navy installed them without first testing the new technology ashore, resulting in a ship that had no functioning weapons elevators. And what use is a warship without weapons?

It’s been slow progress to get them up and running, but the Navy recently certified that just the fifth of eleven elevators is now up and running. The working lifts have logged more than 8,000 cycles over the past several months of operational testing as the Ford acts as the Navy’s East Coast training platform to certify pilots.

The Ford has been operating one month at sea and one pierside for the last several months, and has launched 2,300 aircraft in that time.

Downey said the Ford is keeping to its schedule, and that impending supply-chain issues the services are dealing with as the COVID-19 crisis shutters the global economy shouldn’t have any near-term impact on the program overall.

“We don’t have any real significant concerns right now; we know where the suppliers are,” he said. “Prior to this, we had increased some of our procurements for spares and various materials so we had a pretty steady demand signal.”

While the Ford class ships wait for the F-35 upgrades, the 36-year old USS Carl Vinson is undergoing a $34 million refit in Bremerton, Wash. so it can begin flying F-35s by 2021, making the veteran ship the first carrier in the Navy to fly the 5th generation aircraft even before the JFK.

While both Nimitz and Ford-class aircraft carriers can operate with F-35Cs aboard, significant modifications are required for both classes to fly and sustain the aircraft for extended periods. Also, the ships will need the capability to push and fuse all the data the F-35s can generate, along with building additional classified spaces, new jet blast deflectors and other refits. Room also needs to be made for Osprey tiltrotor aircraft, which will replace the Navy’s C-2A Greyhound fleet that are unable to haul the F-35’s heavy engines out to the ship.

The USS Enterprise is slated to deploy in 2028 and the USS Doris Miller will be ready to sail in 2032. In January, the Navy awarded Huntington Ingalls Industries’ Newport News Shipbuilding a $24 billion contract for the two ships, compared to a predicted cost of $28 billion if the sea service had purchased them separately.