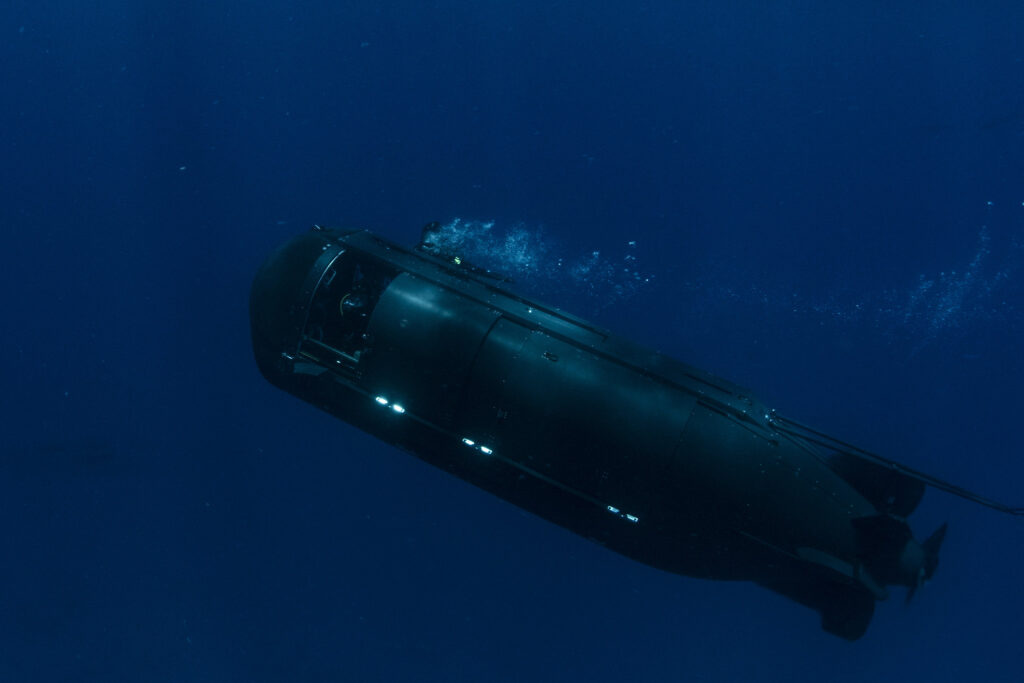 WASHINGTON: Navy SEALs are testing a new dry combat submersible that, if successful, will deliver a team of commandos from a submarine to shore without exposing them to potentially frigid waters, a change that could have a huge impact on safety and readiness.

The first Dry Combat Submersible was accepted by SOCOM in April and will undergo a year of testing by the Navy to work out new technologies, including a new power source and radars, before moving forward.

But the sub, which is operated by two sailors with room for eight operators, is just a part of a larger modernization push within the SEAL community to get troops to shore more quickly, and with better situational awareness than they currently enjoy.

Just a year ago, the effort was on shaky ground, and special ops and Navy leaders were looking for funding to move forward on the submersible, as well as on a variety of surface systems like the Combatant Craft Assault, Combatant Craft Heavy and Combatant Craft Medium.

“The good news is we have gotten that funding,” John Bailey, chief engineer for program executive office-maritime, said at last month’s SOFIC conference. “The base capability is really there, but there is a technology insertion roadmap aligned with National Defense Strategy to really enhance our competitive edge,” Bailey said.

The boats and undersea systems the SEAL community buys are slightly more difficult to procure than the equipment ground forces and Air Force special ops buys, which are mostly modified systems already in use by general purpose forces.

“We get a lot of support from the Navy as subject matter experts, but we do not get much in the way of hardware,” Capt. Kate Dolloff, program executive officer for maritime, said at a SOFIC conference last month. Designing, building, and buying a relatively small number of these exquisite systems is difficult and expensive, making a modernization overhaul a complex undertaking.

The dry submersible, made by Lockheed Martin, could be a game changer. For decades, SEALs have launched from submarines in small, torpedo-like vehicles with flooded passenger compartments, putting the SEALs at the mercy of the sea, including lack of light under the water. The new pressurized sub will allow troops to stay dry and relatively warm, making missions in places like the Arctic more feasible. Those cold-water missions may take on an increased importance given the melting Arctic ice, and increased Russian and Chinese activities in previously-frozen areas of the world.

SOCOM has required the system include things like terrain-following and avoidance sonar capability and onboard computer possessing, including radio-frequency countermeasures. The 39-ft. long sub can perform missions of up to 24 hours, with a range of about 70 miles, allowing mother ships to stay relatively far from shore.

One of the innovations aboard the new dry submersible is the General Atomics-made Lithium-ion Fault Tolerant battery system, which will allow teams to extend their range.

“There’s amazing capability and innovation being done by industry every day in battery technology, Bailey said. “The challenge on our side is to figure out how to verify that they are safe enough for use on military assets including Navy vessels, even submarines.”

“Lithium-ion batteries are huge for us and we’re working hard to get them approved for use,” Dolloff added.