SOCOM Looking To Bake In AI Requirements On Every New Program 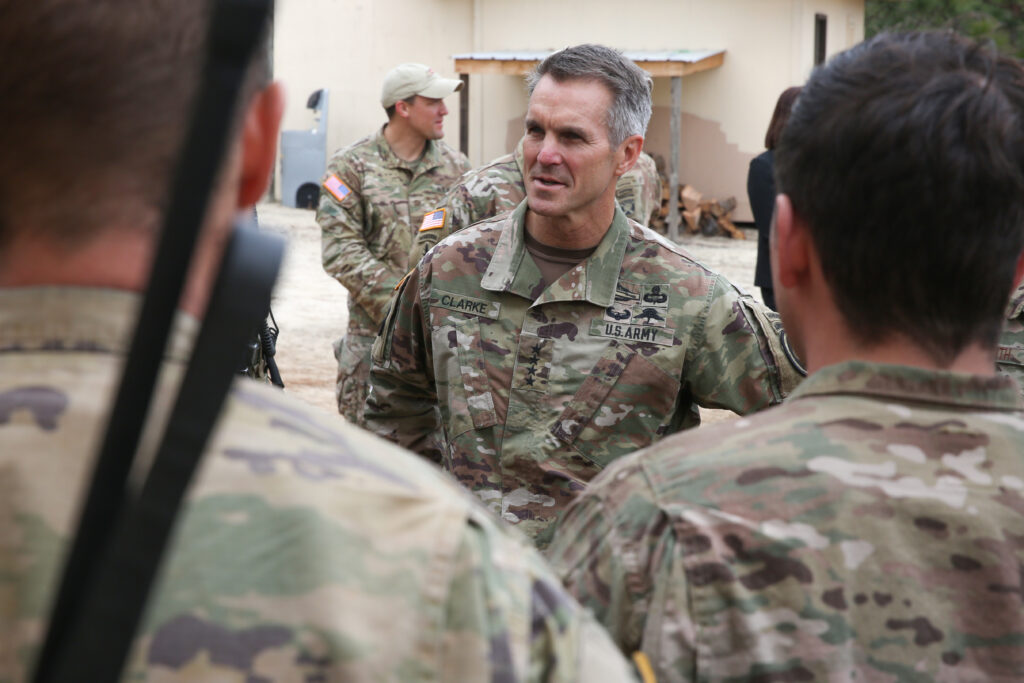 WASHINGTON: Special Operations Command is in a “war for influence” with adversaires from non-state groups to state-funded information operations, the command’s top general said recently, and is rushing to fund artificial intelligence and machine learning programs to find an edge.

Special Operations have cultivated an image in popular culture over two decades of constant war in the Middle East as almost superhuman door kickers dropping from the sky to blast their way quickly through an objective, disappearing as quickly as they had arrived. That view has in part led policymakers and the public to look to these troops as a solution to almost any problem, placing an enormous burden on a force of about 70,000 troops.

Clarke said that kinetic mission won’t change any time soon, but other missions the various tribes of SOCOM and SOF have always performed — intelligence gathering, training and advising, and influence operations — need to be reprioritized.

“We need coders,” he told the virtual Special Operations Forces Industry Conference last month. “We’ve been having discussions internally that the most important person on the mission is no longer the operator kicking down the door, but the cyber operator who the team has to actually get to the environment so he or she can work their cyber tools into the fight.”

SOCOM has started using AI in developing information operations in places like Afghanistan, but the command’s interest is hardly limited to that space.

Acquisition chief Jim Smith told the conference his team is looking at a wide range of applications for employing AI, including intel gathering and fusion, surveillance and reconnaissance, precision fires, and health and training efforts. All of these functions are time and manpower-intensive, requiring long hours and entire teams to collect, understand, analyze, and move data, sometimes forcing troops to react as opposed to seizing initiative.

Those tasks are becoming more critical as defense budgets tighten and adversaries catch up and even surpass US capabilities across a wide range of technologies and capabilities.

“So how do we use artificial intelligence and machine learning to get those sensors to interoperate autonomously and provide feedback to a single operator to enable that force to maneuver on the objective?” Smith asked, noting that this is one of the biggest issues his office is coping with/.

“Think of those small UAVs or your small ground vehicles and give them enough artificial intelligence and machine learning to be able to be autonomous, so that they can clear a building or they can clear a tunnel,” which then allows the maneuver force to focus on other tasks.

These technologies could also help operators in the field launch countermeasures to intercept and disrupt enemy communications, which right now can be a slow process.

“Today the way we do that is we have a library of threat radar signatures” Smith said, “and if you see one of those threat radars in our library we counter it.” So SOCOM is looking for ways to use machine learning to identify “anomalies in this space so it wasn’t just the threat radars we had loaded into the library,” that were already known, “but maybe it’s a new radar that we haven’t seen before or a radar that we didn’t realize was operating in that theater that we could identify.”

Smith said his approach is to bake in AI and machine learning requirements with every program that SOCOM develops from here on out.

“What we’re starting to see is our industry partners coming in on proposals and … they’re baking in artificial intelligence and machine learning,” he said. “That’s exactly where we want to be.”