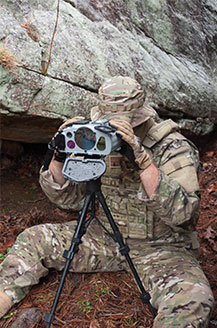 Unfavorable conditions are common for American Soldiers on battlefields around the world. They often operate in pitch-dark, fog, haze, dust, smoke and adverse weather. Consequently, they need a system that can accommodate these varying conditions, allowing Forward Observers (FO) to protect their fellow soldiers with precise Calls For Fire (CFF).

In the past, the FO’s targeting equipment was based on a digital magnetic compass. However, metal objects can severely hinder the accuracy of such an instrument. The Joint Effects Targeting System (JETS) features the first handheld device to use new north-finding technologies, allowing an observer to determine, almost immediately, exactly how to engage a target whenever he identifies one.

Leonardo DRS, formerly DRS Technologies is manufacturing JETS according to a five-year U.S. Army contract worth up to $339.3 million. The system is equipped with a thermal imager, a celestial compass, which takes pictures of the sun and stars to pinpoint the user’s precise location, and a laser range finder, all working in concert to gather targeting information. The system is expected to enter service by mid-2018.

JETS also comes with a Laser Marker Module (LMM) and a Precision Azimuth Vertical Angle Module (PAVAM). Both are accessories to the Handheld Target Location Module (HTLM).  The LMM allows an FO to mark targets for aircraft and ground assets and provides terminal guidance.  The precision azimuth module serves as a backup to the Celestial Compass in cases of overhead cover.

Previously, the FO had to mensurate a target with targeting software in order to obtain a Target Location Error (TLE), which could take more than 20 minutes. The north-finding technologies built into JETS, such as the Celestial Compass and the PAVAM, eliminate the need for mensurating a target altogether.

“Mensuration is a system of targeting checks and balances to make sure the targeting is accurate,” said Maj. Rob Heatherly, the Army’s assistant product manager for the system. “JETS will give such an accurate location that it can cut a lot of that out of the loop. If your unit is under duress and needs to use a precision munition, it can go ahead.”

The user simply presses the “fire” button, and all targeting data is displayed within seconds at the top of the screen. A TLE will be reported with every targeting event giving the FO instant feedback and how to engage the target.

“JETS will give Forward Observers the capability to call in precision munitions in all scenarios, leading to fewer munitions expended, higher target success rates, and, ultimately, greater protection for our warfighters on the ground,”  said Shawn Black, vice president and general manager of the DRS Electro-optical and Infrared Systems business. 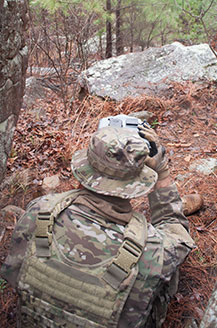 “The JETS will be in the hands of that Forward Observer with the maneuver element and closer to the fight,” Heatherly said. “They don’t need the great range as much as they need precision targeting and quick response.”

DRS delivered the first JETS units to Cold Region Test Center at Fort Greely, Alaska, Feb. 2. The precision capabilities of the system, among other features, were tested in extreme cold at the highest latitudes possible, to ensure system functionality in an extreme environment.

The test was completed and received tremendous praise from the customer regarding its performance.

“Military forces are expected to perform in harsh environments, and expectations are the same for their equipment,” Black said. “DRS is honored to be part of this testing event to give the warfighter the technical edge on any battlefield.”

The JETS team concluded its engineering, manufacturing and development phase last year. When fielding begins, the first devices are expected to go to Special Operations Command and global response units. The next recipients will be brigade combat teams. Each infantry company eventually will receive four systems (one per maneuver platoon and one for the fire support team). 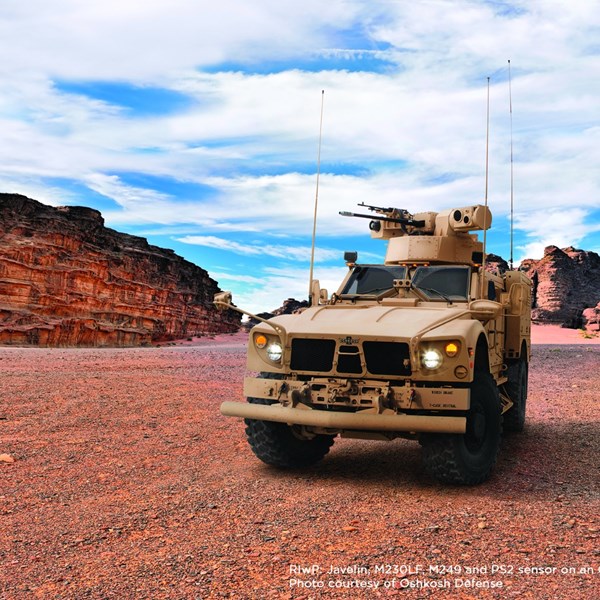 Threats from Above: Urgency to Close the Gaps