Partnering with Other Innovators

As technology advances, so do soldiers’ needs. In order to be on the forefront of efforts to address those needs, an intersection of commercial offerings and development of defense technology is of utmost importance. At that intersection is where Leonardo DRS has partnered with Dell to launch two new versions of Maintenance Support Devices (MSD) —a Rugged and a Semi-Rugged COTS computer.

MSD V4 Rugged/Semi Rugged is a new program managed by Product Director for Test, Measurement and Diagnostic Equipment (TMDE) based at Redstone Arsenal and a part of PEO, Combat Support & Combat Service Support (CS&CSS). Leonardo DRS and Dell have a strategic teaming agreement focused on providing meeting MSD computing technical requirements now and in the future. All MSD V4 computers reside on an evolving technology roadmap. Dell is dedicated to developing next-generation computing systems with that technology roadmap to equip MSD operators with the latest technologies. New computers with advanced processors and expanded memory can be introduced as they become available; and the new computers will be backward compatible with fielded systems.

The Maintenance Support Device (MSD) V4-Semi-Rugged computer and the MSD V4 Rugged will launch at the 2019 AUSA Global Force Symposium and Exposition. Both the MSD-V4 Rugged and Semi-Rugged are part of the Integrated Family of Test Equipment (IFTE) and the U.S. Army’s sixth generation at-platform multipurpose standard automatic test equipment (ATE). The MSD V4 systems will be used throughout all levels of maintenance as the Army’s standard general purpose At-Platform Automatic Test System (APATS) to test and diagnose highly complex communications, other electronic commodity equipment, missiles, aircraft, and ground vehicles and to identify failed line replaceable units. The Department of Defense (DoD) maintainers will also use the MSD V4 systems to host interactive Electronic Technical Manuals (IETM) as well as running specific application software and upload and download mission data or software. The system was developed with close input from soldiers using MSD prototypes in the field and incorporating user requirements.

MSD V4 family of systems are vital elements in the U.S. Army’s overall maintenance and logistics information enterprise. This is because MSD V4 allows maintainers to diagnose and repair equipment as far forward as possible, thus, increasing unit and vehicle readiness.

MSD V4 will feature improved Cyber protection. It incorporates a Trusted Platform Module 2.0 (TPM) as part of a comprehensive Embedded Security architecture based on advanced trusted computing technologies. The Hardware Root of Trust built by the Embedded Hardware Security subsystem provides a unique and advanced foundation for Cybersecurity threat protection. 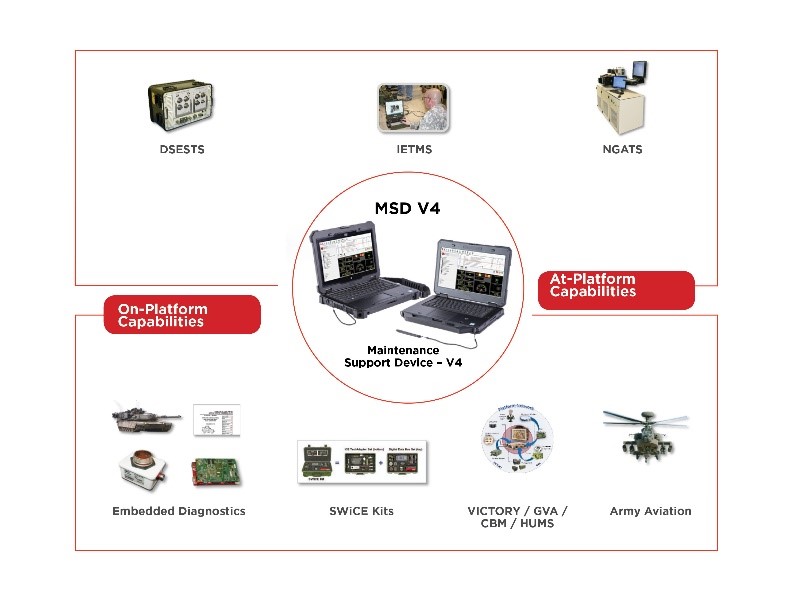 The computer itself is the only differentiator between a Rugged and a Semi-Rugged MSD system. Both computers are ruggedized & sunlight readable, while accepting and supporting all the standard and optional accessories to fulfill all MSD required functions. The differences between the two computers lie in the screen size and environmental protection level. MSD V4-Rugged is designed for the edge where soldiers and Marines conduct daily maintenance tasks while deployed in any environment and without the benefit of other organizational infrastructures like motor pools or maintenance labs. The Semi-Rugged can perform the same functions but is ideally suited to soldiers and Marines at higher echelon support units conducting the same range of maintenance tasks.

To provide the end-user or solider with a portable, lightweight but rugged computer for use in and around the vehicle, MSD V4 adopted a Commercial-Of-The-Shelf (COTS) computing solution. In order to make this possible, the standard and optional accessories were made as attachments rather than embedded into the computer.

MSD delivers integral support to the Unit’s Maintenance Allocation Chart (MAC)—the key to measuring a unit’s maintenance priorities. The primary focus is to fix and repair or replace equipment as far forward as possible in order to return it to the warfighter as soon as possible. MSD enables diagnosis and fault isolation at Level 1 checks and services, allowing maintainers to identify Line Replaceable Units (LRU) and other repairs as a function of daily Preventative Maintenance Checks and Services (PMCS). MSD also hosts embedded Interactive Electronic Technical Manuals/Electronic Technical Manuals (IETM/ETM) under test and isolate faults to the LRU.

These two new Maintenance Support Devices represent a major program restructure in several ways. In terms of scope, the program has evolved from a collection of disparate contractors each doing separate functions to a unified full scope program with a single industry partner, responsible for every program requirement from receipt of orders to full life cycle product management. Transitioning from a single purpose, special design computer to a COTS solution enables PD, TMDE to offer the Army best value computer variants chosen for their suitability to the maintainer’s operational environment. The previous version V3 system, custom-designed as a single special purpose computer was non-transferable to any other program or function and was both heavy and expensive. The program has a broad Engineering Change Proposal (ECP) structure which enables the Army to investigate new initiatives and work on new developments which will render next generation maintenance and diagnostics capabilities to the Army.  The adoption of COTS computers, along with the industry partner’s commitment to full life cycle management, is consistent with Army initiatives to embrace latest technologies to reduce costs and significantly compress the technology refresh cycle.

Leonardo DRS will deliver the new MSD V4 system that is rugged, but portable and lightweight, and all of that within a full-scope program whereby Leonardo DRS is responsible for delivering the entire system. Leonardo DRS and Dell are teamed to deliver a ‘family’ of MSD computers which will evolve as new requirements emerge for next-gen MSD.  COTS linkage with Dell will ensure that the MSD offering remains fresh and relevant for our soldiers and Marines. Leonardo DRS is proud to have been selected to deliver this new and exciting capability. 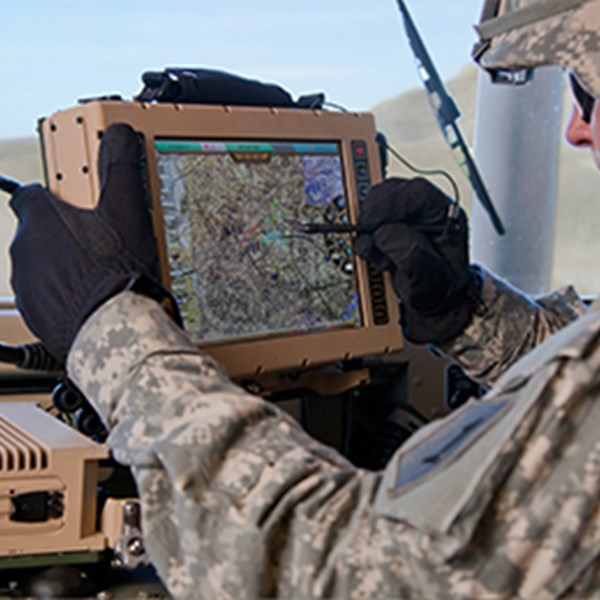 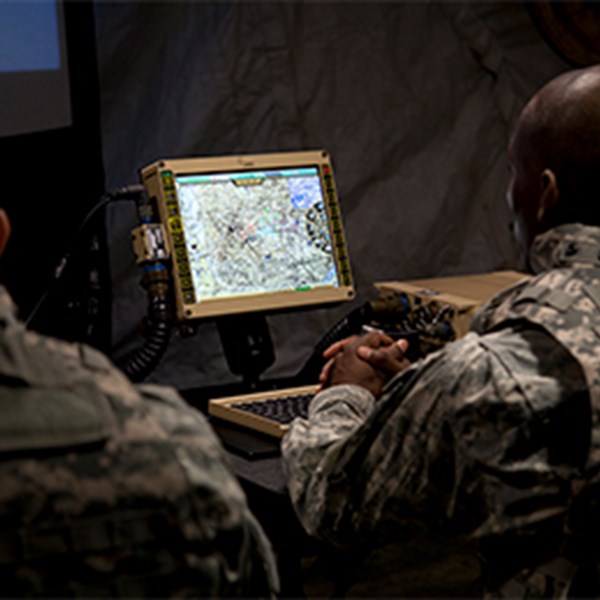 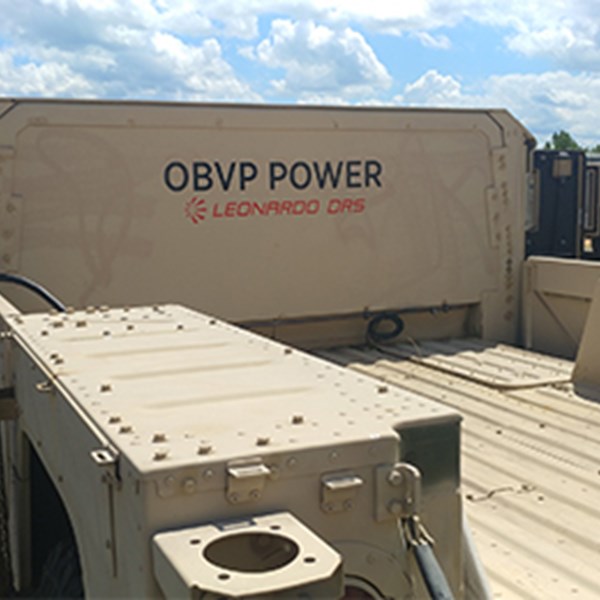 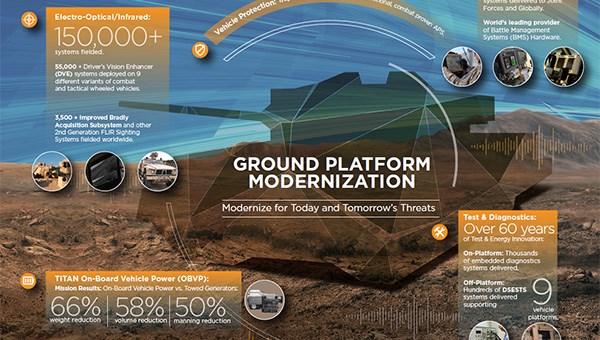 Modernize for Today and Tomorrow’s Threats 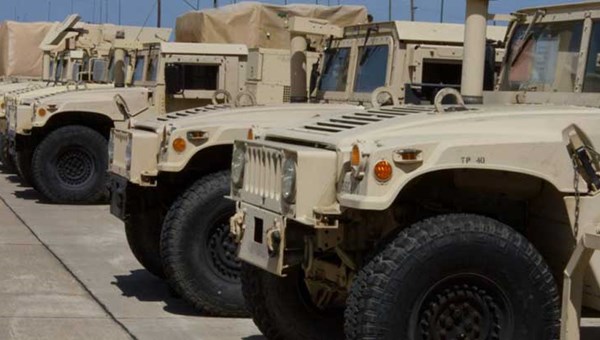