The battlefield of electronic warfare (EW) is the electromagnetic spectrum. The purpose of EW is to deny by electronic means access to the spectrum by an enemy while ensuring allies enjoy full use of it at will.  Special operations forces demand the most advanced EW capabilities available to effectively conduct missions at the “tip of the spear” on the battlefield.  Many companies design, manufacture and offer products in this unique sphere, but few produce the results that give special operators electronic spectrum superiority.

Although humans have conducted warfare for millennia, they are relative newcomers to the electronic spectrum, where operations are governed by the laws of physics. The first forces to venture into this heretofore unknown environment were Japanese and Russian early in the 20th century. The Japanese auxiliary cruiser Shinano Maru had located the Russian Baltic Fleet in Tsushima Strait and was communicating the fleet's location by a wireless transmission to the headquarters of the Imperial Japanese Fleet.  The technology has come a long way.

For more than a decade, Leonardo DRS has been working to develop EW solutions for special operations forces. The company has achieved significant reduction in size, weight and power (SWaP) of electronic attack and surveillance gear special operators must carry to conduct EW operations. 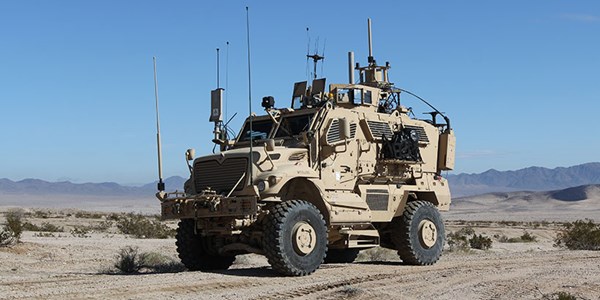 Leonardo DRS solutions include provisions for signal intelligence (SIGINT) and cyber operations. These capabilities defend military networks and information systems while exploiting an adversary’s communications through intelligence gathering, analysis and dissemination, ensuring the right information flows to commanders who need it when they need it.

The company’s portfolio of hardware and software capabilities provides signal recognition, detection, identification and geolocation in order to discover, exploit and attack. Hardware is aligned with the customer’s requirements for low SWaP without sacrificing performance. The low SWaP factor allows multi-function EW capabilities, permitting integration of the equipment into cross-domain platforms. Such Leonardo DRS offerings like Blackstone, Pitbull and Ridgeback can detect, recognize, identify and jam signals employed by conventional forces and unmanned air systems.

The Blackstone Body-Worn Sensor employs ruggedized smart phone technology for configuration, command and control. It also displays parameters of intercepted signals and the positions of team members overlaid on a geo-referenced map, which provides situational awareness. 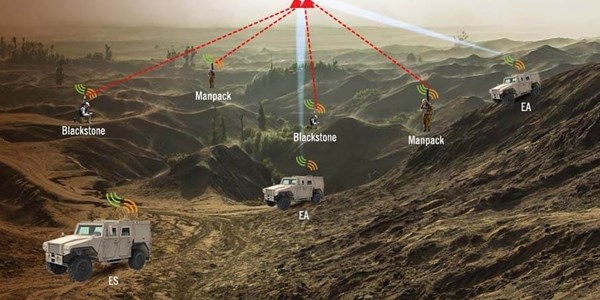 The Blackstone Vehicle Mount Kit (VMK) extends the utility of the Blackstone sensor into stationary mast and moving vehicle applications. The sensor and DF head are repurposed from their on-the-march configuration to the VMK configuration in fewer than five minutes. Vehicle mounting with the VMK improves the HF DF performance while extending mobility and field of view depending upon deployment.

Small enough and light enough to be carried without detection in a backpack, PitBull is a compact, multi-functional, dual agile transceiver sensor capable of monitoring and locating multiple advanced signal emitters. The sensor can be used by itself or networked with other sensors to accomplish its programmed mission objective. Each controller attached to a sensor in a network can control and monitor local and remote sensors in that network. PitBull has many features that allow covert missions for virtually any commercial mobile protocol. 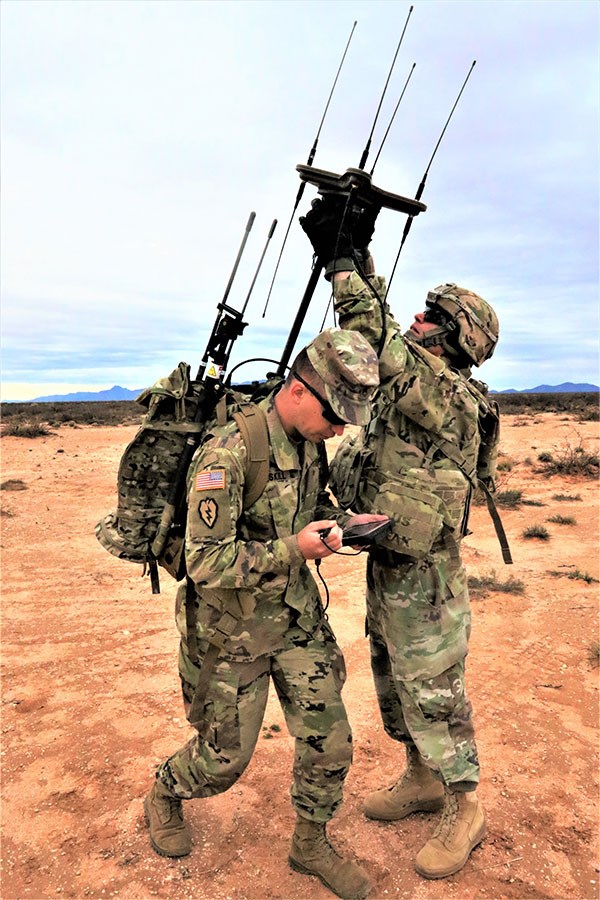 This robust system offers performance that features a wideband intercept capability with simultaneous DF measurement. It utilizes Leonardo DRS Vesper transceivers each with an instantaneous bandwidth of 100 MHz to scan all or part of the 20 MHz to 6 GHz band at up to 20 GHz per second. In addition, with the full bandwidth monitor option, the system can have up to 48 DDCs, each with selectable bandwidth filters. The DDCs include independently selectable IF bandwidth and streaming I/Q in VITA-49 format.

Ridgeback is designed for use on land, sea and airborne platforms. It offers a fully digital signal processing path with up to 18 wideband channels, each with a broad instantaneous bandwidth to ensure that no signal is left uncovered.

Next generation Leonardo DRS systems are just around the corner. These systems include advanced features, higher performance levels and wider frequency ranges all in lower SWaP configurations for increaded battlefield advantage for special operations forces. 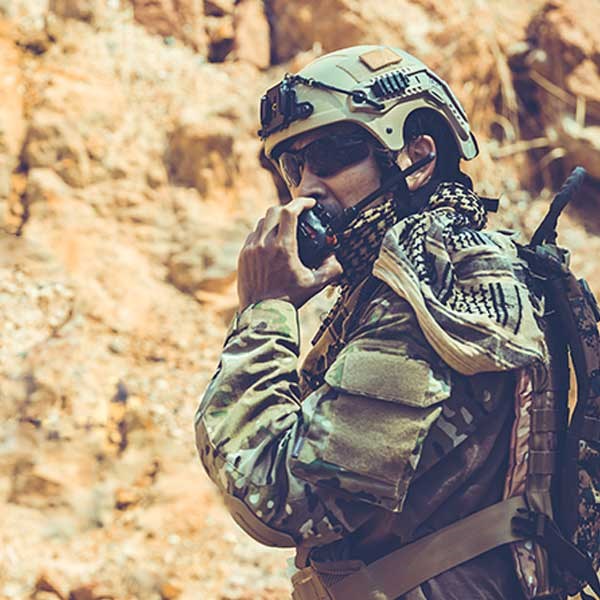