The F-35 Lightning II is the world's most sophisticated fighter aircraft supporting the US Navy, Air Force, Marine Corps, and international partners. It sets the standard for combat capability and state-of-the-art training.

“Our recent follow-on contract from Cubic Corporation for the development and fielding of the P5 Combat Training System (P5 CTS) for Lockheed Martin’s F-35 Lightning II is a significant enabler for our position in the ACMI (Air Combat Maneuver and Instrumentation) market,” Larry Ezell, vice president and general manager of the company’s Airborne and Intelligence Systems business, said in a recent interview.  “We will soon be fielded on almost 1,000 F-35 aircraft with more to follow, which will allow us to remain the world-leader in this market and enlarge our training offerings through an expanded market footprint.”

The F-35, the world’s most sophisticated fighter aircraft, is in production and globally fielded. It sets the standard for combat capability and state-of-the-art training. Due to its experience with the F-35 development and production programs, Leonardo DRS understands how to integrate such fifth generation fighter jets, alongside fourth generation and earlier platforms, to provide a breadth and depth of customer requirements worldwide and to greatly enhance technology and increase training fidelity in this market space.

“The insight we have gained during nearly three decades of development and testing of this product line has enhanced our team’s competency in advanced data links, security and encryption, multi-platform integration and the overall fielding of these systems, which will elevate the limits of what is possible in Live-Virtual-Constructive (LVC) training in the future,” Ezell said. “As military leaders around the globe conceptualize their vision to achieve blended training in an LVC environment, Leonardo DRS is well positioned to play a leading role in the final solution."

Programs such as P5 CTS and TCTS II (Tactical Combat Training System Increment II), being executed with prime contractor Rockwell Collins, continue to be fielded and used by Leonardo DRS customers to provide “live training” that consists of a real pilot in a real aircraft equipped with ACMI gear. Traditional live training will continue its critical role in the schooling of pilots because it is unequaled in creating a situation closest to a true combat experience. 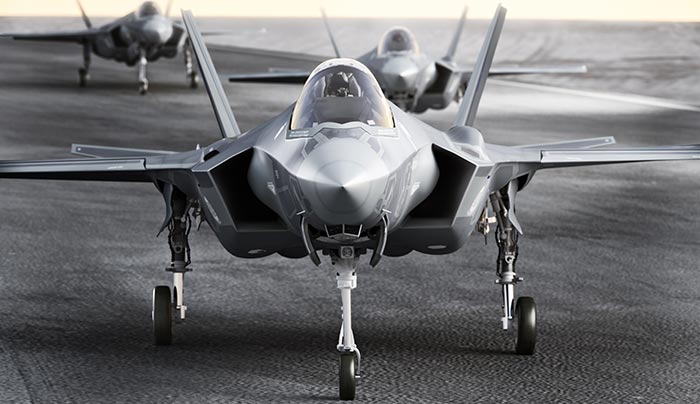 Leonardo DRS and Cubic Corporation will work together to delivery more than 500 P5 CTS Internal Subsystems for the latest-generation Air Combat Training System (ACTS) for the F-35 Lightning II.

Despite its effectiveness, this form of training has great challenges including the cost to support. Live training also faces threats that include shrinking availability of air range space along with the staggering cost in terms of aircraft hours, fuel and maintenance.

Consequently, live training has increasingly become supplemented by “virtual” training with highly sophisticated ground-based flight simulators. In a virtual environment, the pilot works in a simulator to augment live-flying missions. Virtual training can provide near-live training results at a much lower cost. A key aspect of the virtual simulator environment includes “constructive” entities, which are computer-generated forces of airborne and/or ground threats such as enemy airborne aircraft or a surface-to-air missile threat.

These “constructive” entities can also be introduced into a live environment, which reduces the need to provide live aircraft representing enemy target aircraft combatants, also referred to as aggressor aircraft. In this way, live pilots can see aircraft or ground threats that are computer-generated but perceived as real on aircraft radar and other aircraft sensors by the fighting pilot.  This enables substantial cost saving by reducing wear and tear on real aircraft, reduced fuel costs, and reduced workload on pilots who would otherwise have to fly real aircraft to support these threat aircraft combatants.

This combination of live, virtual and constructive training is recognized as a major step in the ability to achieve combat training efficiency on the path to the ultimate vision of optimized “blended training.” Many U.S. customers use this term to describe the blending of LVC to achieve maximum training fidelity value at an optimized cost per hour of training.

“A key challenge for our military leaders is to define the right blend or ratio of LVC to achieve an optimized cost per flight hour without sacrificing training fidelity,” said Todd Kortbein, senior business development manager for air combat.

In an effort to define this optimized blended training state, technology building blocks are being developed and fielded in anticipation of the future LVC training requirements.  In addition, technology demonstrations, such as the SLATE (Secure LVC Advanced Training Environment) demonstration at Nellis AFB in Nevada, aim to establish the value of LVC in training pilots for fifth-generation aircraft such as the F-35 and F-22. The findings from SLATE will factor into the training programs for these aircraft to achieve the correct proportions of the LVC blend.

A key LVC enabling technology is encryption for the ACMI data links. The technology includes single- and multi-level encryption for securing sensitive training data in hostile environments. This capability is extremely important to protect weapons and tactics data during training in environments where an enemy may be able to intercept them.

The more advanced multi-level encryption allows data nodes at different security levels to interact during training, which is an important enabler for future LVC operations.  For example, a “confidential” flight simulator tied to an F-35 (able to manage up to the “secret” classification) can exchange data, but the flight simulator cannot display and the operator cannot see the most sensitive data from the F-35.

Another technology building block is the emergence of highly sophisticated data links.  These permit the use of advanced modulation techniques for improved spectral efficiency that allow the transmission of additional data sets needed to support LVC.  Improved spectral efficiency, which refers to the amount of frequency spectrum used for information transmission, will allow operations in the radio frequency spectrum, which competes with the cell phone industry for this valuable asset.

These data links also incorporate software-defined radio technology to allow communication between disparate training systems while minimizing overall system latency between training participants and entities. This is a key component in LVC because it allows an increase in their number while operating over broader geographically dispersed areas.

Leonardo DRS expects to increase its market by expanding its presence and increasing its technical capability and training-product offerings in the F-35 community. The company also intends to broaden the market by enlarging its role in blended training domestically and internationally. The forecast is based on anticipated platform sales that include the F-35 worldwide and the need for advanced LVC use in nations that fly the F-35. 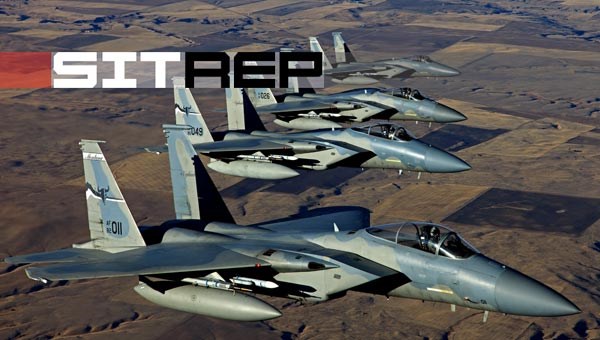 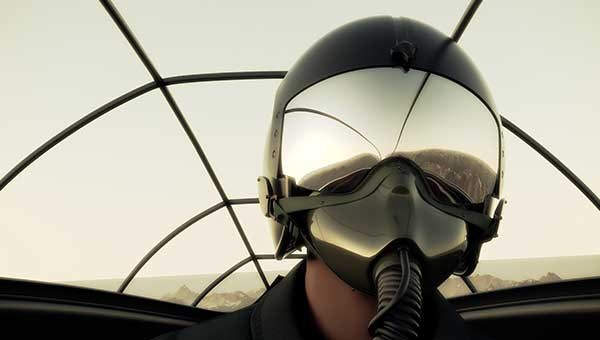