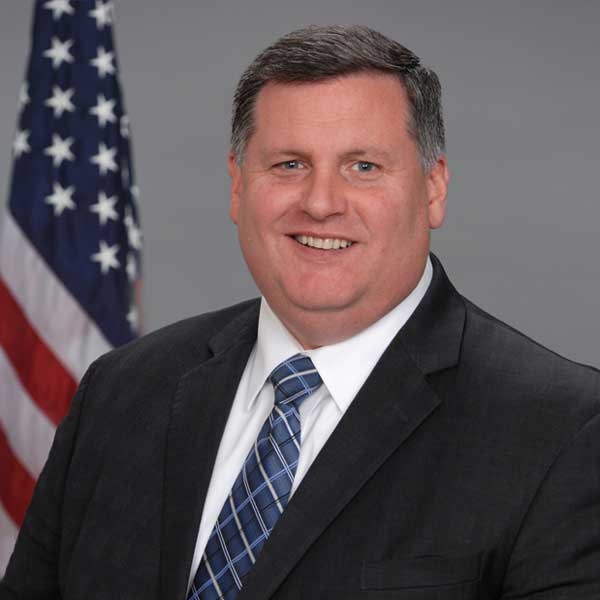 William “Bill” Guyan is the Senior Vice President and General Manager for the Land Electronics line of business which is comprised of sites in Huntsville, Alabama and Melbourne, Florida.

Bill graduated from University of Arizona as Distinguished Military Graduate with a Bachelor’s of Arts (Honors) in Political Science. Bill earned his Master of Business Administration Degree from The London Business School in London, England.

Bill is a former US Army Armor Officer and combat veteran of Operation Desert Shield/Desert Storm. His awards and decorations include the Bronze Star Medal and the Meritorious Service Medal.

Bill is married to Cheryl, a Family Nurse Practitioner and wife of 33 years.  They have two adult children.