June 29, 2021 -- America’s global military power rests upon twin pillars of training and technology. U.S. forces are the most rigorously trained and best equipped in the world. In recent years, the two pillars have tended to intertwine as digital technologies enabled breakthrough approaches to training. Nowhere is this more true than in the case of air combat training.

Earlier this year, the Collins Aerospace unit of Raytheon Technologies, working with teammate Leonardo DRS, received Pentagon approval to commence production of a next-generation air combat training system that will transform the way pilots prepare for war. Called the Tactical Combat Training System Increment II (TCTS II), the new system began as a Navy initiative that the Air Force says it too will adopt.

TCTS II uses synthetically generated threats that are fed into the cockpit displays of aircraft from ground simulators to mimic the tactics of adversaries. What this means in practical terms is that instead of sending six or eight fighters aloft to engage in training exercises, only one or two aircraft need be sent because from the pilot’s perspective, the software-generated threat looks just like real enemy aircraft.

Tactical training exercises these days typically involve engagements at beyond visual range, so if threats are rigorously modeled and displayed, a pilot can have the same training experience as if he or she was battling actual adversary aircraft.

This has all sorts of advantages. For starters, it is a lot cheaper to train against simulated threats than put half a dozen pilots above training ranges wearing out real aircraft (not to mention burning up thousands of gallons of fuel). In addition, it becomes nearly impossible for actual enemies observing flights to figure out what tactics and techniques pilots are training for, because all they see is one fighter maneuvering through the air; the opposing aircraft are visible only to the pilot, not to remote observers.

Using digital encryption software, the new system is much better at protecting sensitive information from the prying eyes of enemies. The software enables data transmissions to be stratified to nearly three dozen levels of classification, so that training pilots from U.S. and coalition military services only receive information that they are cleared to have and are capable of interpreting.

Furthermore, because the whole system can be readily reconfigured using software rather that switching hardware, new threats can be rapidly loaded to keep pilots abreast of the latest challenges. For instance, if China begins operating low-observable (“stealthy”) fighters with advanced weapons, the system can be quickly modified to mimic the characteristics of such aircraft in training exercises. No air combat training system like this has ever existed before.

One reason TCTS II is officially designated as “Increment II” is because it incorporates an open architecture that is intrinsically more flexible than the proprietary designs of the past.

The government has purchased the data rights associated with the system so that it can fully exploit the potential of digital hardware and agile software in an openly architected environment.

The end result: pilot training is more rigorous, sensitive information is more secure, and costs are much lower than using the traditional approach to air combat training. The system even facilitates interoperability within the joint force and among diverse allies because the system can be adapted as needed to the capabilities of users.

So although TCTS II is technically referred to as “Increment II,” there is nothing incremental about the gains it delivers. The system is a generational leap in training capabilities that no other country can match today.

However, there is one problem. Despite the rapid advance of near-peer (Russian and Chinese) tactical combat capabilities, the modernization of U.S. training ranges is proceeding at a leisurely pace. For instance, the Air Force’s deputy chief of staff for plans and programs recently told Congress that joint ranges will not be fully modernized to train against the latest, most challenging air threats until the early 2030s.

These “Level 4” threats are the biggest reason systems like TCTS II are needed. With TCTS II now in production and the tri-service F-35 fighter expected to be configured for its use starting in 2025, it doesn’t make much sense to wait a decade to start protecting all the sensitive data flying back and forth at training ranges today.

Unlike the NSA-approved encryption standards utilized by the new system, the existing training range environment is unclassified—leaving the most sensitive tactics and techniques being practiced by U.S. pilots potentially vulnerable to interception by enemy observers.

There are rumors that foreign interests have purchased real estate near U.S. training ranges for precisely that reason. Whether the rumors are true or not, it doesn’t make much sense to spend billions of dollars developing stealthy aircraft and secret tactics, only to risk revealing operational details due to outdated training ranges.

Congress should consider accelerating the pace at which ranges are modernized, because U.S. pilots need a training environment in which they can achieve the highest levels of readiness for combat without putting at risk their most closely-guarded secrets for winning the next war. 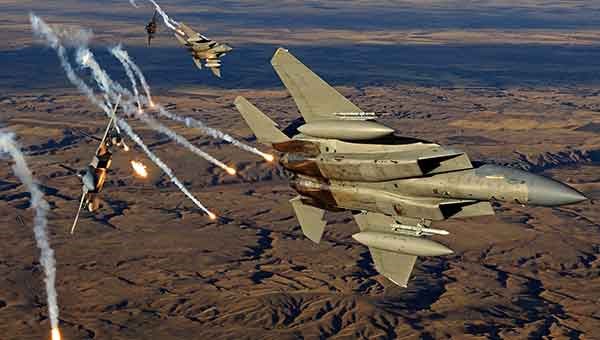 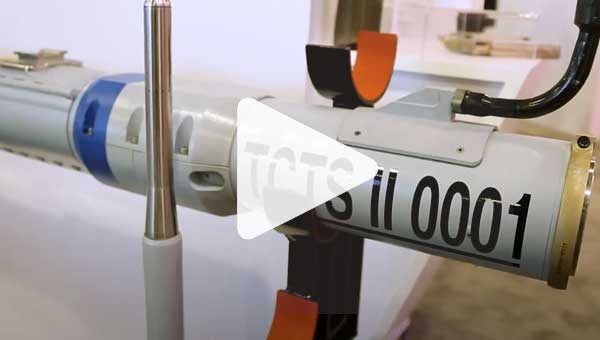