One Half Century of Great People and Technology

Over the last half century, patriots at Leonardo DRS have created a distinct technology edge for American troops in the U.S. and around the world. Since the company’s founding in 1969, tens of thousands of employees have perfected their craft each day with one unifying purpose in mind: to help defend those who defend all Americans and our allies.

The 50-year history of Leonardo DRS is defined by the company’s amazing people and technology. By helping the Navy sail fast and quiet, making the Army and Marine Corps more lethal, connected and protected, and preparing the Air Force to confront a range of threats, the people of Leonardo DRS from one generation to the next have given American warfighters a critical technology edge. A snapshot of our highlights from the early years through today. From humble beginnings to a top mid-tier global defense company.

From the outset, there was something unique and special about Leonardo DRS and its growing technology culture. “Patriotic young engineers were happy to join a small company with great technology that could make a difference,” Gross recalls. “We started out with a handful of people but a lot of potential and dedication.” Newman had a more personalized reflection: “I’m a poor boy from the Bronx who used the GI Bill to go to school and built a (then) $20 million company up from nothing. I believe in the American flag and the American way,” he said.

A small company with great technology that could make a big difference.

1969
DRS begins operations when engineers Leonard Newman and David Gross open Diagnostic/Retrieval Systems. While they began only with a handful of Pentagon study contracts, the new firm quickly became a leader in passive submarine detection. Within a few years, the company was providing the U.S. Navy with the most advanced signal processing and display equipment of the time.

1970
Future DRS business, the Defense and Electronics Group of Texas Instruments, gets research funding for the development of cooled detectors that would lead to production of fully operational mercury cadmium telluride focal plan arrays, a key material for infrared detectors.

1972
DRS develops the first LAMPS signal processor (AN/SQS-45) with a built in recording device (RD-420). The processor could accept signals from sonobouys through a helicopter’s data link.

1973
DRS is awarded milestone contract to provide U.S. Navy with AN/SQR-17 passive sonar systems to hunt for enemy submarines. At one point, AN/SQR-17 was deployed on more ships than any other passive sonar in the fleet.

1976
Future DRS companies, including Cutler-Hammer which is acquired by Eaton in 1978 and DRS in 2002, have systems installed on Los Angeles-class fast-attack submarines. The first sub in the class USS Los Angeles (SSN 688) is commissioned in 1976.

1977
DRS’ signal processor, part of the AN/SQR-18 is deployed for the U.S. Navy’s Tactical Towed Array Sonar System program developed to detect, classify and track enemy submarines at far greater ranges than ever before. 1981
DRS is listed on the American Stock Exchange, raising $33 million to invest for growth.

Future DRS companies, including Marlo Coil,
which is acquired by DRS in 2005, have systems installed on Ohio-class ballistic missile submarines. The first sub in the class USS Ohio (SSBN 726) is commissioned in 1981. 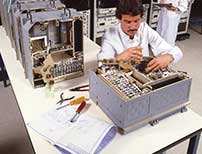 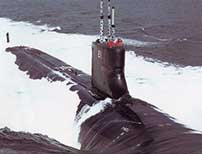 1989
Future DRS companies have systems installed on Seawolf-class fast-attack submarines. The first sub in the class USS Seawolf (SSN 21) is commissioned in 1989. 1990
DRS sales declines and losses persist for three consecutive years. Authorization delays to start production on major sonar display contract causes revenues to slip from $70 million to $58 million and a loss of $11 million. 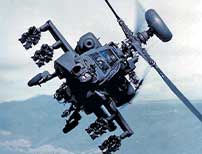 1993
DRS begins acquisition of elements of CMC Technology, a unit of Eastman Kodak Company and a leader in magnetic video recording technology. DRS acquires Technology Applications and Services, a leader in information processing and displays, and Ahead Technology, a manufacturer of magnetic digital recording heads. 1996
DRS is selected prime contractor on tri-service program for high-speed video system to test how weapons separate after firing from aircraft. 1997
The company changes its name to DRS Technologies, befitting its technology-rich portfolio and culture.

2001
DRS completes acquisitions of Boeing’s electro-optical uncooled technology and Lockheed Martin’s electro-mechanical units, catapulting the company to more than $500 million in annual sales eight years after establishing that target as a measurement to be a leading defense mid-tier company. 2002
The company begins trading on the New York Stock Exchange under the symbol DRS. DRS systems are installed on Virginia-class attack submarines. The first sub in the class USS Virginia (SSN 774) is commissioned. DRS provides next-gen air combat training equipment for all of the U.S. military. 2007
DRS is selected to provide joint tactical terminals to the Army and infrared search and tracking systems for Canadian and Australian tanks and armored fighting vehicles. Interviews with the DRS Leaders View a mosaic of our history