More About this Contract

The Joint Assault Bridge (JAB) system is a track-wheeled vehicle built on a modified M1 Abrams platform.  It is designed to carry, deploy and recover a heavy “scissor” bridge that provides gap-crossing capability for combat vehicles to cross wet or dry chasms.  The system is an important tool for U.S. military ground forces, giving combat vehicles the ability to freely navigate the battlefield.

“The ability for combat vehicles to navigate easily on the battlefield is critical to the success of our armored vehicle warfighters,” said Joe Matteoni, vice president and general manager, DRS Sustainment Systems. “This is an important program for our ground combat units, and DRS Technologies and Israel Military Industries Systems are proud to support our heavy armor combat teams by providing this technology to assist them in achieving their missions,” he said.

DRS Technologies’ Sustainment Systems business unit, based in St. Louis, MO., will be responsible for the overall production, management of the M1A1 chassis assembly, hydraulic bridge launcher production and the entire system integration. Production will occur in West Plains, Missouri, and Anniston, Alabama.

DRS has a public-private partnership with Anniston Army Depot for the management of the chassis assembly and worked with Israel Military Industries on the engineering and design of the Joint Assault Bridge (JAB) system. 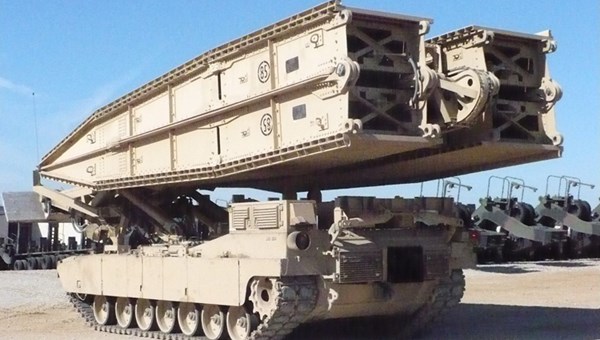