This "magic box" may sound like something straight out of a disappearing act. In this case however, it's a fitting nickname for a family of products, developed by DRS Technologies, known as the Data Distribution Unit (DDU), which causes a lot of bulky electronic equipment to simply "vanish" without a trace. The multifaceted DDU can eliminate the need for redundant and/or single-purpose hardware, delivering multi-function capabilities in a single piece of hardware.

The DDU is based upon commercial networking and computing technologies and is available for export. It has already been selected for use by the U.S. Department of Energy and several international armed forces. With it, civilian government officials, first-responders and other military forces working alongside U.S. military forces could communicate directly and interoperably, seamlessly exchanging voice, data and video. The DDU also helps to free-up limited space available for communications and computing equipment mounted inside of vehicles. Weighing a trim 8.7 pounds, the rugged DDU supplants more than 10 components with a combined weight exceeding 40 pounds.

The heart of the DRS Mounted Family of Computer Systems, a new version of the DDU called the DDU Expandable, or DDUx, is in use by the U.S. Army and also available for export. Several potential international customers have already tested the DDU family of hardware and are considering adding it to their mobile computing architecture.

Offering reliable on-the-move computing and networking, the DDU does the work of a data router, providing ID routing and forwarding between heterogeneous network devices and permitting waveform and radio agnostic interoperability. It acts as an Ethernet switch, allowing computers to smoothly transfer data back and forth without interference. Cross-banding functionality is another feature as it allows Push-to-Talk (PTT) radios and Session Initiation Protocol (SIP) devices such as desk and mobile phones to interoperate as if on a single voice net or teleconference.

Serving as a communications-agnostic on-the-move server, the DDU can host multiple operating systems (Windows, Linux, Android and Cisco IoS) and can run multiple simultaneous applications. Able to stream several video feeds at once, it distributes, records and stores network video and remotely manages attached devices over an IP network. The DDU supports external video and GPS interfaces and permits the sharing of data inputs with any networked vehicle electronics.

In sum, the DDU provides a unique and best-in-class approach to delivering multiple computing and networking capabilities to meet the demanding mission-critical requirements of the mobile user. The demonstrated reliability and Size, Weight, Power and Cost (SWAP-C) benefits of the DDU are unmatched.

Houdini himself would have been unable to escape those conclusions. 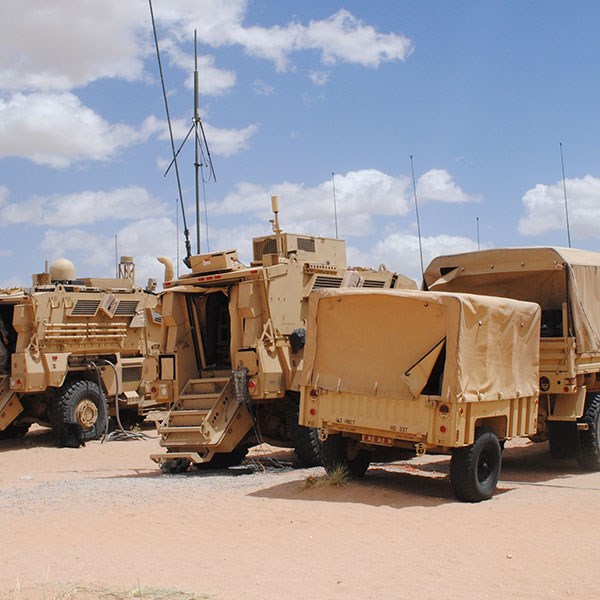 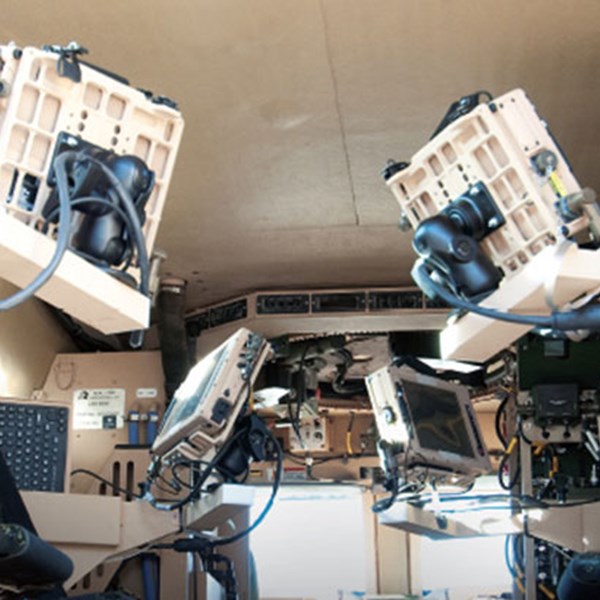 Mission Command on the Move Circa 2020