For a fighter pilot, sometimes there is a heartbeat between what is safe and deadly.

Trying to control an aircraft at twice the speed of sound, while also staying alert to threats, is no easy job.  Situational awareness becomes a pilot’s best friend.

Not only must pilots know how to stay airborne, despite all obstacles, they must also have a current and accurate picture of conditions in their immediate vicinity. Many experts consider a high degree of situational awareness (SA) the most important element in military aviation.

MAGIC is controlled by a single laptop computer loaded with software that enables it to pass data to any connected network.  The scalable, open-architecture system supplies geo-located intelligence in near real time on a three-dimensional moving map display that can overlay red- and blue-force tracking information.

“MAGIC is a key enabler for pilots,” said John Baylouny, chief technology officer for the DRS C4ISR Group. “Our moving map technology follows the flight pattern of aircraft, constantly displaying location, depicting terrain to be avoided, and detailing the location of other entities of interest.”

Not surprisingly, pilots harbor a deep appreciation of the system. MAGIC provides an essential situational awareness picture that did not exist until 1998 when DRS introduced the first system to feature a moving map with an Integrated Broadcast Service (IBS) display.

MAGIC can transmit and receive full-motion video and radio frequency email and provides Ethernet and power interface connections for aircrews and other users on board. 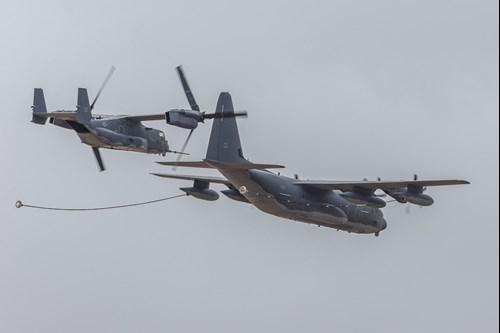 The open architecture of MAGIC can be configured with numerous cockpit and cabin displays to meet any mission or aircrew requirement. It receives, processes, correlates, displays and transmits mission data to and from aircraft of Special Operations forces, teams on the ground, and command, control, communications, computers and intelligence (C4I) nodes. MAGIC can accommodate the integration of virtually any desired subsystem, including Intelligence Broadcast Receiver (IBR), Situational Awareness Data Link (SADL), Ku Spread Spectrum (KuSS) Wideband SATCOM, MIDS/Link-16, ARC-210 and PRC-117G/F. It also can host such radios of the Tactical Mobile Ad Hoc Network as Persistent Systems Relay, TrellisWare® Technologies WildCat II, and PRC-154A Rifleman.

MAGIC is currently in use on the EC-130J, HC-130P/N, CV-22, MC-130W/H/P, M/HH-60G and HM-53M. The system is also available in versions developed for use on the ground. The MAGIC Ground Gateway (G2) offers the capabilities of an airborne MAGIC installation in a set of ruggedized rack-mount cases for easy transport. The system allows military units to set up a tactical operations center, train users and test the operability of airborne installations.

The 26-pound BackPack MAGIC product offers a man-portable subset of the airborne and G2 capabilities. It is designed chiefly to allow ground units to support a highly mobile tactical operation center and coordinate with airborne forces. 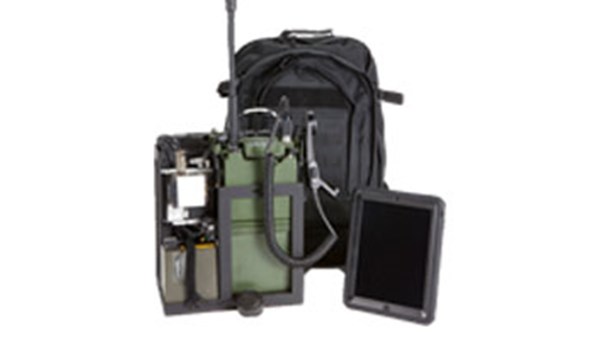