Special Operations Command (SOCOM) is sticking with its long-time provider of commercial satellite communications, Leonardo DRS, after an open competition for up to $977 million in contract awards over five years.

Special operations forces rely on secure, assured communications for connectivity and situational awareness and connectivity in tactical environments for missions in all corners of the world. That’s why special forces are one of the U.S. military’s most prodigious users of satellite communications (SATCOM).

“Over the past 18 years, the challenge was terrorism and that threat, while diminished, has not gone away,” SOCOM Commander Gen. Richard Clarke told the House Armed Services Committee in 2018. “The future and greater challenges will be China and Russia. First, we must maintain the pressure on the most capable VEOs (violent extremist organizations) that have intent to attack the homeland. “We must lead the development of plans, policy, and doctrine for the best employment of SOF globally and develop operating concepts that drive the coherent employment of SOF. And arguably most importantly, SOF must transform through relentless innovation and experimentation in every domain to provide the access, knowledge, and understanding to support the Nation’s ability to deliver asymmetric dominance against adversary capabilities.” One of SOCOM’s most valuable innovations is in its use of SATCOM, which has grown exponentially over the past decades as the command’s reach has expanded. SOCOM now sustains a deployed force of approximately 8,300 personnel across 90 countries (as part of the command’s approximately 56,000 active duty, 7,400 reserve and guard component, and 6,600 civilian personnel).

Leonardo DRS has been a major provider of SATCOM to special forces for nearly two decades. The company’s vice president for global communications, Ben Pigsley, put that growth in perspective.

“We support over 1,200 simultaneous remote special operations sites around the world with 1.3 GHz of capacity and the network that we have in place is capable of supporting in excess of 1,200 remote sites.” 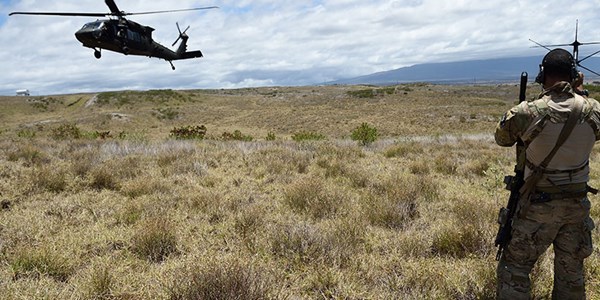 To accommodate that growth, DoD awarded Leonardo DRS a contract worth up to $977 million in mid-2019 to provide SOCOM with worldwide satellite communications and support for its headquarters, components, and major subordinate units operating around the world. The work can extend up to eight years under the Blanket Purchase Agreement contract. Leonardo DRS will provide SOCOM’s Global Access Network (GAN) system, an end-to-end custom-engineered, global commercial satellite communications (COMSATCOM) solution, engineered to meet SOCOM’s unique COMSATCOM needs.

SOCOM requires an integrated satellite and terrestrial telecommunications system to support the dissemination of command, control, communications, computers and intelligence information (C4I) between SOCOM elements and certain government/DoD agencies such as the Defense Information Systems Agency (DISA) and the National Security Agency (NSA). Network connectivity includes satellite transmission and terrestrial services, which connect communication hubs to deployed communication nodes located in the continental U.S. and outside the continental U.S. in support of deployed special operations forces.

One of the objectives of the contract is to help SOCOM reorganize and reequip for future great power competition. Speaking around the time of the award, Gen. Clarke said he was looking to the defense industry to “expand and improve our ability in this mission area by developing suites of low bandwidth communication and collaboration tools that allow us to more rapidly and securely advise and enable our partners.”

For the past 18 years, Leonardo DRS has provided its GAN service with commercial satellite bandwidth, a satellite operations center support, and a secure and accredited terrestrial network to SOCOM. The company provides links to all commercial networks across multiple bandwidths: C, Ku, Ka, and commercial X-band. The system is custom designed for SOCOM, and links directly into the command’s protected ground stations. 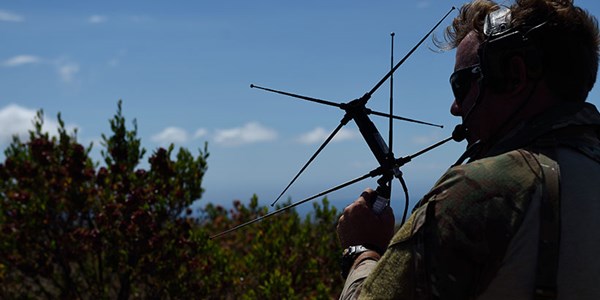 SATCOM for Airborne ISR and More

It might seem counterintuitive that SOCOM’s SATCOM usage is continuing to climb even as the U.S. has pulled troops back from Iraq, Afghanistan, and the war against ISIS while keeping the number of deployed sites steady at about 1,200. However, what SOCOM has experienced over the past four to five years is an exponential growth in airborne intelligence, surveillance, and reconnaissance (ISR) needs, specifically high-resolution video from surveillance platforms like the Predator unmanned aerial vehicle. All that is disseminated by satellite communications.

“SOCOM and its subordinate commands are able to accomplish a lot of what they want to do, specifically intelligence gathering, through ISR,” said Pigsley. “That’s responsible for the growing demand for SATCOM year over year with less boots on the ground. The video is being downlinked in real time via satellite primarily into government ground stations. It’s then injected into DoD’s video distribution system for analysts and other users of the product.”

Leonardo DRS is also playing a role in helping SOCOM plan for its use of the Wideband Global SATCOM (WGS) system, a 10-satellite constellation (with one more on order) with much greater high-bandwidth capacity than existing satellite networks. Over the last several years, the company has established a planning cell within SOCOM that validates requests from its subordinate commands for access to satellite bandwidth and determines if they can be supported on WGS.

“We have a saying at Leonardo DRS that we have to be able to move at the speed of SOF,” said Pigsley. “Access to WGS can sometimes be very cumbersome with paperwork and long delays. We’re able to assist SOCOM with that process and work directly with DISA. Our people are highly trained and well equipped to quickly complete the satellite access request so they can execute that WGS mission.” 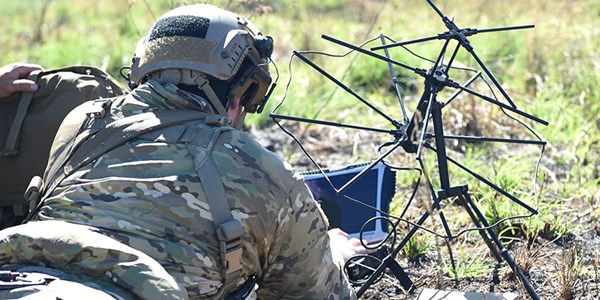 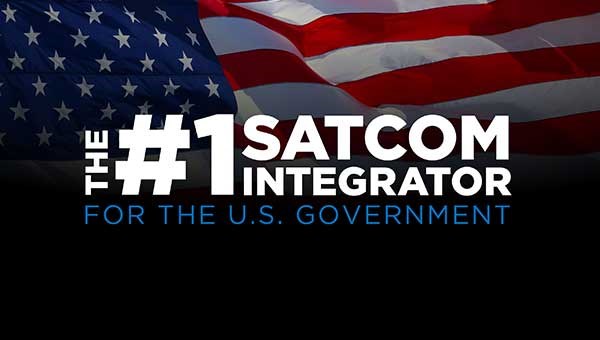 With the recent win of a major U.S. DoD commercial satellite communications contract, Leonardo DRS continued its fifth consecutive year as the top provider of COMSATCOM to the U.S government.