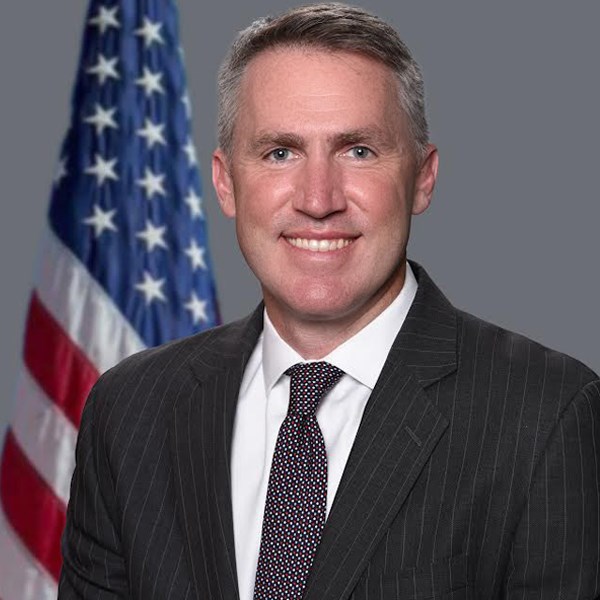 Prior to joining Leonardo DRS, Coulter worked for General Dynamics, where he led the corporation’s international business development activities. He joined the aerospace and defense industry after a career in the U. S. government, as a member of the Senior Executive Service. At the Department of Defense, Coulter served as Assistant Secretary of Defense (Acting), Principal Deputy Assistant Secretary of Defense for International Security Affairs, and Principal Deputy for Strategic Plans and Policy on the Joint Staff. Before his time at the Pentagon, Coulter served at the Department of State as Deputy Assistant Secretary of State for Political-Military Affairs, Coordinator for Coalition Operations, and Foreign Policy Advisor to the Commanding General of Operation Enduring Freedom in Afghanistan. He began his government career on Capitol Hill, working national security and foreign, military policy for former Senators John Warner, R-Va., and Chuck Hagel, R-Neb., the former Secretary of Defense.

A reserve officer in the U.S. Navy with multiple combat tours and experience in the Middle East, Europe, Asia and Africa, Coulter, in his military capacity, has also served within the North Atlantic Treaty Organization, the Joint Staff, the Defense Intelligence Agency, the Office of Naval Intelligence, and the Office of the Chief of Naval Operations. He has also accumulated flight hours in the EA-6B Prowler
across multiple deployments.

Coulter earned a bachelor’s degree in political science from the University of Maryland and master’s degrees in business administration and national security studies from Georgetown University and the U.S. Naval War College, respectively.

Coulter has been honored with numerous awards for his military and civilian service including the Secretary of Defense Outstanding Service Medal, the Department of State Superior Honor Award, and the Chairman of the Joint Chiefs of Staff Award for Distinguished Service, the U.S. Army Superior Civilian Service Award and several NATO, Afghanistan Campaign, and Global War on Terrorism Medals.

He resides in Alexandria, Va., with his wife, Jennifer, and their three children.