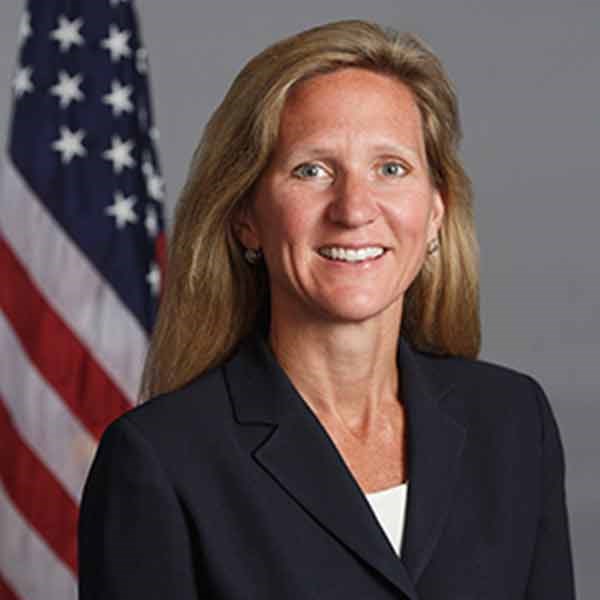 Sandra L. “Sandy” Hodgkinson is the Senior Vice President for Strategy and Corporate Development at Leonardo DRS. In this capacity, she leads the development and execution of the annual Leonardo DRS strategic plan. She is also responsible for the coordination and management oversight for all merger and acquisition (M&A) activities and portfolio shaping of the company. Sandy also manages all sustainability initiatives and priorities for Leonardo DRS.

Ms. Hodgkinson also serves as Chief of Staff to the CEO. In this capacity, she provides advice to the CEO and oversees the development of the business review process, the Corporate Calendar, the annual leadership conference, and preparation for our Board of Directors meetings. Ms. Hodgkinson is the Leonardo DRS Sustainability Ambassador, and currently co-Chairs the Leonardo Steering Committee on Digital Transformation.

Prior to civil service, Ms. Hodgkinson spent six years in the U.S. Navy Judge Advocate General’s (JAG) Corps, with tours as an Appellate Clerk at the Navy-Marine Corps Court of Criminal Appeals; a Prosecutor and International Law Officer in Naples, Italy; and a Country Program Director, Defense Institute of International Legal Studies (DIILS), Defense Security Cooperation Agency (DSCA), where she trained foreign military and civilians in over 30 countries. She spent 15 years in the U.S. Navy reserves as a JAG officer, serving as Commanding Officer of the Navy Reserve International and Operational Law unit, Department Head for the Law of Armed Conflict Division, Department Head for the Cyber Security and Intelligence Divisions, and an instructor at the Naval War College and Naval Justice School. She retired in 2017 at the rank of Captain.

Ms. Hodgkinson has written more than fifteen legal articles and seven book chapters, and has been adjunct teaching national security law at Catholic University’s Law School since 2007. She has served on the Executive Council of the American Society of International Law, the ABA Standing Committee on Law and National Security (Board), the ABA Cyber Security task force, and in other volunteer capacities. She is a member of the Council on Foreign Relations. She has a J.D. from the University of Denver (DU); an M.A. from DU’s Graduate School of International Studies; and a B.A. from Tulane University. She also studied abroad at the Hague Academy of International Law; l’Institut d’Etudes Politiques (“Sciences Po”), Paris, and in Cuernavaca, Mexico, and speaks French, and intermediate Spanish and Italian to varying degrees.

Ms. Hodgkinson is married with five children and resides in Alexandria, Virginia.