April 2020 -- The Navy is at a tipping point with regard to electrical power. Most shipboard generators are already maxed out providing power for systems like cooling pumps, heating/ventilation/air conditioning chillers and fans, lighting, and defensive systems like radar, sonar, and electronic countermeasures.

Coming on the scene now are a variety of power-hungry next-generation technologies like higher-power radar systems and offensive/defensive systems such as directed energy lasers that the Navy wants to incorporate into a range of ship systems. That not only drives the need for more power but also for higher power quality, more efficient use of power, and intermittent power for the high bursts of energy required by pulse-power weapons and sensor systems.

“There will be an increased demand for advanced power conversion systems coupled with energy storage in order to meet the peak power demand, as well as maintain compliance to the electrical interface to the ship generators,” said Andy Nerbun, director of engineering and new product development at Leonardo DRS.

The key to managing all this power is an “energy magazine” that employs state-of-the-art lithium ion (Li-Ion) batteries or other solutions for energy storage and advanced controls for energy management. Such a system is capable of supplying energy to either the ship’s electrical distribution system or directly to a pulse weapon/sensor, while accommodating peak power demands that the ship’s generators cannot provide or provide back-up power if a generator goes offline. During times of lower demand the energy magazine is recharged from the ship’s electrical system.

The Weaponization of Electric Power

One of the accepted definitions of a “magazine” in a military sense is a store for arms, ammunition, explosives, and provisions for use in military operations. With the advent of directed energy weapons, however, electrical power can now be added to that definition as an asset that enables operations.

“With regard to a directed energy weapon like a laser, you can think of the energy magazine in terms of the number of laser bullets stored within the magazine,” said Nerbun speaking metaphorically. “The beauty of an energy magazine is that the ship's generators can readily make more available energy within minutes of expending the contents of the magazine, as opposed to needing to change a physical ammunition magazine or be replenished while underway.”

This magazine of stored energy can also be used for other purposes when not being consumed by a weapon. It can power other systems like electronic countermeasures, a ship’s uninterrupted power supply (UPS), and even propulsion if the ship is equipped with some form of electric drive, enabling short durations of augmented power or periods of clean/silent propulsion with the prime movers offline.

Use Cases for Energy Magazines

Energy storage allows for momentary power demand to exceed the power-generation capability of the ship. This allows the pulse load profile of these systems to integrate seamlessly into existing distribution systems without the need to upgrade the generators. Such upgrades are massively expensive endeavors and potential barriers to the adoption of new technologies like lasers on existing platforms.

Potential use cases for such systems are only limited by the creativity of the system architects.

For lasers, it can either power the weapon system directly in complete isolation from the ship’s distribution system or it can be used to augment the available ship power to allow for more time on target for the laser.

For radar systems and electronic countermeasures, it can provide pulse power far in excess of the available power that exists on the ship to enable these systems to detect and defend against threats from a greater distance than was achievable before.

Use cases for backfit applications where the peak electrical load will exceed the installed capacity of the ship&amp;#39;s electrical generators are of particular interest to the Navy. That’s because energy magazines can be designed to supply the peak demand and also be recharged at a rate compatible with the power feed from the ship.

Other possible uses for energy magazines are varied, and include the following:

It is not hyperbole to say that Leonardo DRS is already one of the world’s leading developers of energy magazine technology. It has already demonstrated many of the above use cases and applications through the Navy’s Energy Magazine–Laser (EM-L) program for PMS 320, the Electric Ships Office within Naval Sea Systems Command.

The company’s EM-L system has shown that all of the above applications are achievable within the same system with only the need to scale the modular system hardware and tailor application software to the needs of specific applications.

“This was an extension of the Energy Storage Module system Leonardo DRS had previously designed as a whole ship UPS system,” explained Nerbun. “That system went through most of the design process until interest in improved fuel economy on guided missile destroyers was deemed no longer a priority. The contract was modified to use pieces of the system as a power supply for a laser weapon, leading to the EM-L effort.”

The system successfully underwent a full electrical performance validation test in the company’s lab in Milwaukee, WI, as well as at Florida State University in their Center for Advanced Power Systems, which is a joint venture among the university, the Office of Naval Research, and the Department of Energy.

Leonardo DRS is currently working on a variation of that system called the Energy Magazine – Prototype, which is the next generation of EM-L. This program is past the preliminary design phase and moving towards a Critical Design Review in late Q2/early Q3. It is being designed to provide a much faster charge/recharge duty cycle than the EM-L system. This effort combines the lessons learned from EM-L with state-of-the-art power conversion modules using the latest advances in power-device technology and Li-Ion batteries with improved thermal management systems.

To better address Navy requirements today and in the future, Leonardo DRS has taken an energy storage agnostic approach to advanced power conversion and controls. This permits the system to be easily upgraded as advances are made in both batteries and other forms of stored energy.

Said Nerbun: “some applications are better served by Li-Ion batteries, while some may be better served by capacitors or other sources of energy like flywheels. We have even developed concepts using the inertial of a ship's shaft-line as source of stored energy. In this scenario, peak energy demand could be derived from the forward motion of the ship, much like an electric vehicle regenerates power when decelerating.”

The following highlights several other advancements and features in the design and construction of Leonardo DRS’ energy magazines that make them cost-effective solutions for the USN, both for the power conversion and the energy storage system elements. 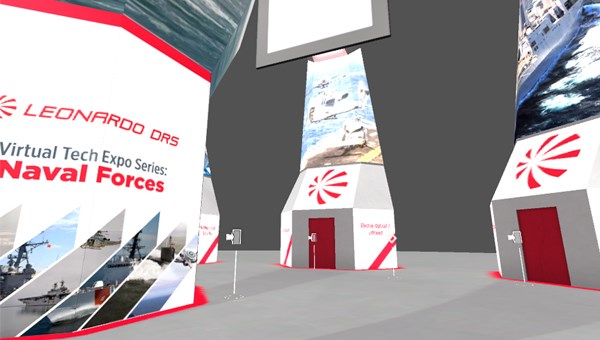