The Color of Heat: How Quantum Cascade Lasers Solve the Navy’s SWaP Problem in Protecting Helicopters 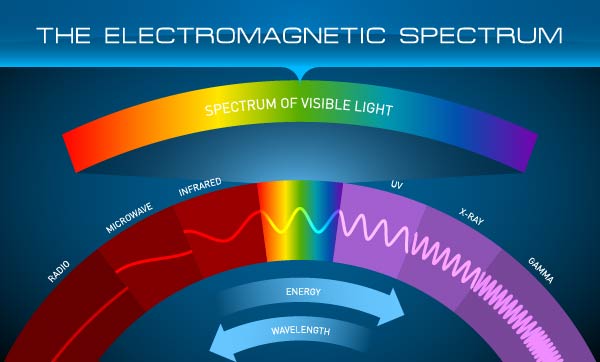 Quantum Cascade Laser technology is revolutionizing the way that aircraft survivability systems are being designed and implemented for the warfighter.

May 2020 -- "In many ways, it's magical." A new laser technology has found its way into commercial production that solves the size, weight, and power concerns of traditional helicopter countermeasure systems.

One of the greatest threats to U.S. rotary wing aircraft, and one that proliferates more each day, is heat-seeking shoulder-fired missiles such as the American Stinger and the Russian SA-7. These man-portable air-defense systems (MANPADS), were originally developed by the U.S. and former Soviet Union in the 1960s, and today there are an estimated 500,000-750,000 MANPADS stockpiled by more than 100 countries plus terrorists and non-state actors, according to the Arms Control Association.

There are a variety of countermeasures against heat-seeking missiles. One is simply avoidance. If there are reports of MANPADS in a certain area and Navy/Marine Corps aircraft are not protected they simply don't go there. That scenario obviously limits projection of force.

A second is a missile warning system that deploys flare countermeasures to distract the missile. There are a couple of issues with that. One is that those flares may not address the wide range of threats and variation of MANPADS that are on the battlefield now. Another issue is that they’re prone to false alarms and sometimes shoot off their flares without there actually being a threat. Thirdly, you can run out of flares. Once they're gone, the helicopter has to hope nobody else shoots at it.

The third is Directional Infrared Counter Measures (DIRCM) systems that employ lasers to defeat missile threats. The drawbacks are that they consume a lot of energy and are large systems affixed to the outside of the fuselage so they degrade flight performance and increase operating costs. That also makes them unsuitable for smaller, lighter airframes.

Now, a new laser technology has found its way into commercial production that solves the size, weight, and power (SWaP) concerns of traditional helicopter countermeasure systems. Dubbed the quantum cascade laser (QCL), this revolutionary technology has the potential to significantly improve helicopter survivability during flight and vulnerable landing and takeoff times, regardless of airframe size and shape.

Lasers have long played a role in military operations. In the late 1960’s, shortly after the invention of the laser itself, laser designators began seeing action to provide high-precision guidance of laser-guided munitions. Many applications followed, including range finding and aiming, in addition to more sophisticated applications such as laser-based DIRCM systems just mentioned.

To date, many of these military applications involving lasers are served by gas or solid-state lasers, which are technologies relatively unchanged since the 1960’s. They require many components because of the mechanism they use to emit light, requiring a system the size of a shoebox or larger. QCLs, by contrast, can literally fit on your pinky.

“QCLs generate laser emissions by converting electrical current directly into IR radiation. This is in contrast to legacy solid-state lasers that require several frequency conversion stages in order to generate emission in the IR, which leads to size, weight, power and reliability deficiencies in comparison.”

Originally developed by Federico Capasso at Bell Labs, 1997, QCL is now being transitioned into commercial production by DRS Daylight Solutions.

QCLs have been demonstrated in several military applications. QCL-based laser systems now form the basis for the next generation of DIRCM systems for the protection of rotary and fixed-wing aircraft against heat-seeking missiles. Such laser systems have been successfully demonstrated on platforms for the Navy, Marine Corps, Army, and Air Force.

Such devices have also been integrated into multi-spectral beacons that provide combat identification and were demonstrated at ranges in excess of tens of kilometers. Wavelength-tunable variants of QCL-based sensors have also been demonstrated for stand-off detection applications to detect chemical agents, explosive precursors and residues.

In addition, early-stage development of applications such as free-space communications (which uses laser light to transmit data through the air or in the vacuum of outer space), LAser Detection And Ranging (LADAR) for degraded visual environments, and counter-UAS have also leveraged recent QCL-based products.

The way to think about quantum cascade laser technology is that it’s fundamentally a semiconductor laser that lets you generate infrared or mid-infrared laser light directly from voltage and current. Every other laser technology requires a multiplicity of individual components that eventually generate an infrared light.

What is unique about QCL technology is that it employs the same exact technology as found in computer hard disk drives, data storage devices, and gaming devices like an Xbox player except that it generates what Takeuchi calls the “color of heat.” He explains.

“We usually define the mid-infrared or infrared, depending upon the application space, as a wavelength range in the electromagnetic spectrum that ranges anywhere from, say, 2 to 10 microns. Simplistically, that is the color of heat. Snakes see in the color of heat through their eyeballs, for example. When they're looking for a mouse or something to eat, they're basically looking for the heat signature in a cold background. That's why they can see it.”

What a quantum cascade laser does is allow you to generate high brightness colors in that regime from a millimeter scale device. And that device is a semiconductor chip. Applying voltage and current to a three-millimeter chip generates very high levels of output power from that chip so that it emits laser light. “In many ways, it’s magical,” said Takeuchi.

Such a laser-based system addresses, basically, all of the different types of missile threats that a helicopter or fixed-wing aircraft might face. It works for ground threats, too, such as a signature-suppressed vehicle. You can use a quantum cascade laser as an illumination source for anything you'd like to be able to see with a temperature difference. If something isn't emitting its own heat, you can illuminate it with the color of heat and therefore see it.”

QCL technology is revolutionizing the way that aircraft survivability systems are being designed and implemented for the warfighter. Systems that are based upon QCL devices provide operational capabilities across the IR spectrum, providing freedom of operation that is critical to support current and future engagements.