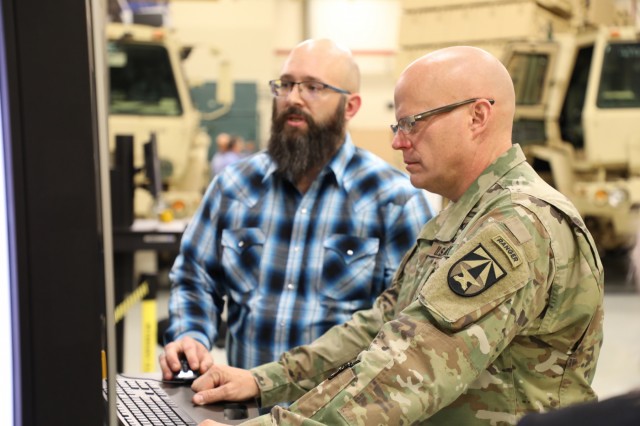 WASHINGTON: The Army’s year-old effort to bring together scientists and soldiers, called “Team Ignite,” is now focusing on five “core” areas: artificial intelligence, autonomy and robotics, “underpinned by” data and networks, says Jean Vettel, chief scientist for the Futures and Concepts Center. The objective is to align long-term Army R&D with what frontline warfighters really need.

Team Ignite is less about specific technology, Vettel emphasized, and more about the process for bringing together scientists and soldiers, combat veterans and technical experts, to hone design and development of capabilities for the force of 2035 and beyond.

“It’s a continuous collaboration process to always make sure that we’re doing something with the most operational advantage for our future and for our soldiers,” Vettel told reporters in a roundtable today during the this year’s (virtual) Association of the US Army show (AUSA 2020).

“There is a never-ending list of ares that we’re using the Ignite philosophy to research,” said Maj. Gen. John George, head of Army Combat Capabilities Development Command (CCDC). “We ultimately want this Team Ignite to become the way we do business — it’s increased collaboration with the right partners in the right events.”

Created in October 2019, Team Ignite brings together two separate organizations under Army Futures Command (AFC), according to an Army press release: the Futures and Concepts Center (FCC) — “with operational experts who identify required capabilities to overcome a projected adversary” — and the CCDC — “with technical experts who execute use-inspired research to provide disruptive warfighter capabilities.” It sponsors events, technical challenges, and industry collaborations on innovative concepts across the service.

Top priorities are set by AFC Commander Gen. John “Mike” Murray, Vettel explained. But Team Ignite efforts extend to a wide variety of research areas — including, for example, synthetic biology. The team has undertaken a number of events bringing in experts to talk with operators, including on the possibility of creating an organism that could create “very inexpensive, very natural” camouflage that could fool satellite-based sensors.

One of the current “hot topic” research areas is “prognostic, predictive maintenance,” she said. Predictive maintenance relies on machine learning algorithms to predict when a part might fail, which helps lower the costs of sustainment efforts by allowing maintenance crews to plan in advance. Team Ignite is working with Army Materiel Command on concepts, she said.

The Army for decades has been looking at ways to cut back its expensive gas-guzzling habit. For example, as Sydney reported earlier this month, it is going to  brief interested companies Oct. 20 on an electric-drive version of the long-delayed Light Reconnaissance Vehicle and the service’s emerging strategy to convert its gas-guzzling formations to electric power.