SOCOM’s Hyper-Enabled Operator: Will It Work This Time? 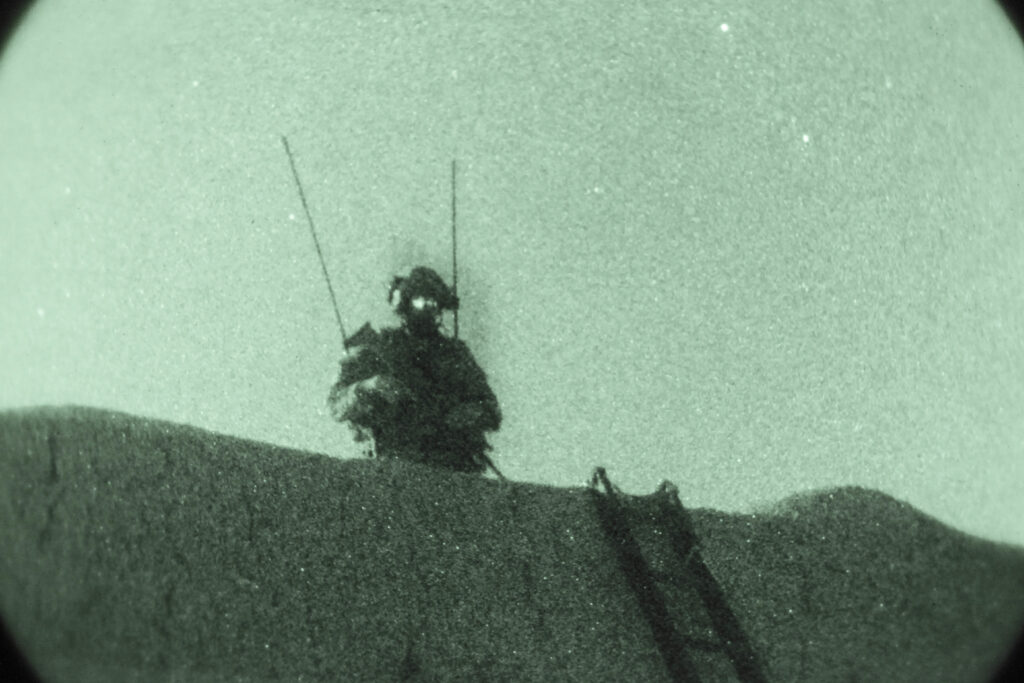 A Special Forces soldier relays information to his chain of command via radio during an operation in Helmand province, Afghanistan.

WASHINGTON: As Special Operations leaders rush new programs to incorporate AI and advanced communications into their intelligence gathering and influence operations around the globe, they want individual soldiers in the field to be a key part of pushing that data.

The command has tried to suit up troops like this before, going so far as to heavily promote its fabled “Iron Man” suit , an ambitious effort that eventually collapsed under the weight of its own lofty goals. Officially dubbed the Tactical Assault Light Operator Suit (TALOS), the tightly connected network of programs was eventually scrapped and split up into its component parts, including an exoskeleton, thermal management  system, stress monitoring tech, 3D audio system, and pneumatic ankles and knees that decrease pressure on the soldier.

The effort was always a long shot, and after six years and millions poured into trying to make it happen, the plug was pulled in 2019. “Today’s technology doesn’t allow for the Iron Man suit,” acknowledged Gen. Richard Clarke, SOCOM commander at the annual SOFIC conference last month, echoing so many other commanders in recent years who tried to make leap-ahead technologies work on military networks. “You know, there is no Tony Stark, but the idea is there that, in the future, in the operating environment, it’s going to be increasingly complex, dynamic and lethal.”

While TALOS is dead, welcome the Hyper-Enabled Operator, the year-old attempt to push cloud-based computing down to individual operators using secure communication links, putting augmented reality projected on a heads-up display in the helmet, and small ankle and knee exoskeletons that can be quickly removed to lesson the load.

“We are looking to put the Internet of Things and data analytics on an operator at the edge, so he can make more informed decisions faster,” said Col. Ryan Barnes, director of SOCOM’s Joint Acquisition Task Force, at the conference.

The system is envisioned as a way for operators to be able to perform range of tasks, from counterterrorism, to advising partner forces, to facing off against peer threats, a three-part mission set that SOCOM leaders are focusing on.

The idea is to give troops a smart-phone like experience, anywhere on the globe, said Lisa Sanders, SOCOM’s science and technology director.

“If I move from a particular partner nation that I am working with, or a particular area of the world to another area of the world, I want the same ability that I would have back in the United States” while deployed, she said. “It may not be a tactical network; we may be looking to leverage what is available commercially in an area of operations. Why would we want to go to a commercial network? Because maybe that is what the partner that we are working with is on, and we need to be able to communicate effectively with them.”

As is now usual with contemporary DoD modernization efforts, most of the technologies SOCOM wants to give the individual operator already exist in the commercial world, but need to be hardened and made more secure before they can be used by troops in the field. SOCOM officials say they want to integrate commercial-off-the-shelf and government-off-the-shelf materials into the overall vision.

“The Hyper-Enabled Operator work that we’re focusing on really is about getting that capability that you assume that you have in your personal life in a tactically relevant environment, and being able to adapt as that environment changes,” Sanders said.

“We are looking to put those types of sensors and communication devices on an operator collecting information in the operational environment,” Barnes added, explaining that the system would analyze data in near real time and kick it back to the operator. That’s a far cry from the days it can take today for human analysts to work their way through reams of information, make sense of it, and deliver it back to the field.

Clarke said if everything works out as planned — a project that will likely take years, as a unit won’t test it in the field until some time next year — it could mark a sea-change in how small SOF teams work in the field.

“That is the way that I am approaching this is — that at the edge, that our operators who need it the most have that near-real time collection of data and understand in an ambiguous situation what is most important to them,” he said.