As U.S. troops faced an ever-increasing insurgent threat in the early years of Operation Iraqi Freedom, commanders knew they had to move fast on planned operations, convoys or other missions.  Cell phone and other RF communications by adversaries spread the word of movements quickly. The result of those communications often led to attacks on convoys, ambushes on troops during operations or allowed the escape of a target U.S. troops were going after.

U.S. troops struggled to find the right answer to combat the enemy RF threats.  But in 2004, a program called Intrepid Tiger I was conceptualized for deployment in Iraq to counter these RF signals and jam all communications around U.S. troops as they conducted operations. Jamming these signals left enemy forces unable to effectively communicate while allowing U.S. forces to move with less of a threat to their operations.

The program was built around a precision electronic warfare communications jammer pod designed for airborne platforms. A system within the pod, designed for multiple uses, succeeded in defeating RF threats by jamming enemy signals that included the detonation of IEDs and other insurgent communications. 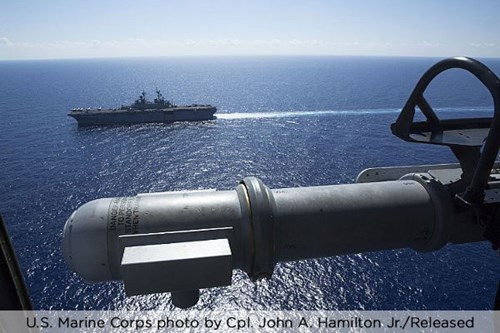 The system had success, but by 2012, it was clear that technologies had advanced and adversaries were taking advantage of even higher RF frequencies to communicate. More powerful equipment would be required to combat emerging communication threats. To build on lessons learned and look to future threats, the U.S. Marine Corps started the Intrepid Tiger II (V)3 program.

DRS Technologies, a Leonardo Company, plays a role in the program by providing a module with high-performance RF receive and transmit capabilities for both military and commercial operations including electronic attack, situational awareness, geo-location and spectrum monitoring.   DRS’s Signal Solutions business unit, which provided that technology, has over 60 years of experience designing equipment with world-class RF technology.  Thousands of DRS tuners continue to be deployed on airborne programs of record across all military services today because of the reputation of the technology.

When the Marine Corps Intrepid Tiger II (V)3 program was ramping up, it required a mission configurable, software-defined radio reaching frequencies of up to 6 GHz.  It needed to be small, lightweight and not use much power because it would be part of a family of networked EW systems.

The Signal Solutions’ PicoFlexor Transceiver (PFT-1) Software-Defined Radio Subsystem was just what the Marine Corps was looking for.

“It’s often difficult for RF components to detect weak signals in congested environments, because the signals of interest are hidden by larger, interfering signals,” said Kerry Rye, General Manager of the Signal Solutions business.  “But these environments are where the PicoFlexor Transceiver thrives by finding the mission critical signals where other radios fail,” he said.

The PFT-1’s high sensitivity and dynamic range coupled with a fast tuning speed are the discriminating features that make this signal detection possible.

As a software defined radio, the PFT-1 can be used for application development and field deployment for a variety of mission requirements. Its open architecture design not only makes a system easily configurable for each operation, but also prolongs a system’s viability.

All of these features are packed into a 3 x 6 x 2 inch radio weighing two pounds. An ideal size for integrating into a small, densely-populated aircraft-mountable pod.

“The next war will likely be won by the side that best exploits all elements of the electronic spectrum,” said Maj Gen Kenneth Israel, USAF (Ret.) in the September 2015 issue of The Journal of Electronic Defense.

Deployed in Marine Corps operations worldwide, the Intrepid Tiger II V(3) program does its part in exploiting the electronic spectrum in the ever changing global environment. The PicoFlexor Transceiver plays a vital role in its success. 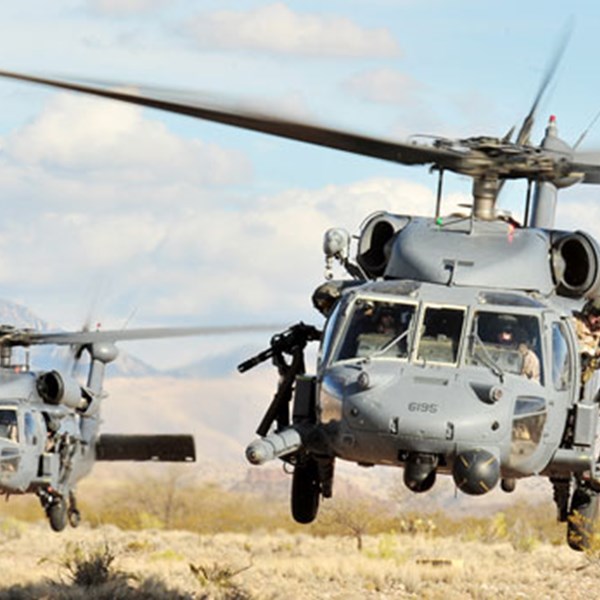 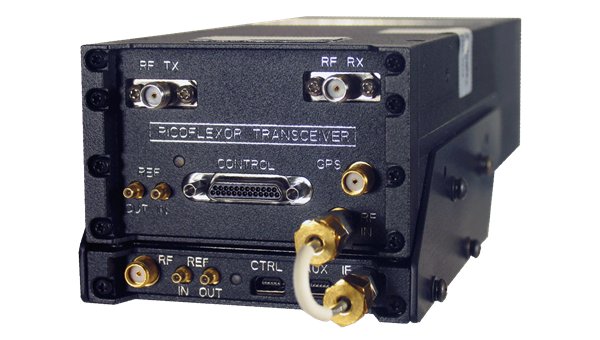 A receiver and transmitter in a low SWAP software-defined radio platform.