Leonardo DRS has a proud history of providing leading edge rugged systems for embedded applications such as datalinks and mission computing, as well as being a world leader in the design, development and support of complex Electronic Warfare (EW) and Defensive Aid Systems (DAS) and complete End-to-End test systems.

Leonardo DRS End-to-End test (ETET) equipment is designed to test the installed performance of Electronic Warfare (EW), Avionics and Electro-Optical systems. Leonardo DRS is the preferred supplier of this equipment to the UK MoD.  The ETET equipment has been shown to address the Built-In-Test (BIT) gap on installed EW and avionic equipment.

The Leonardo DRS EW Test Solution has to detect the threat as early as possible if it is to increase platform survivability.

The Three Tier solution will detect if platforms are fully protected.

Since the first Gulf war, Leonardo DRS developed an accurate, repeatable and inexpensive method for determining the performance of Electronic Warfare Systems no matter what type of platform they are installed on; rotary, fixed wing transport, UAV. This method of stimulation/testing is called End To End Testing (ETET).

When analysing a customer’s stimulating/testing requirement, Leonardo DRS concluded that there are three essential elements.  These elements are broken down into three tiers. 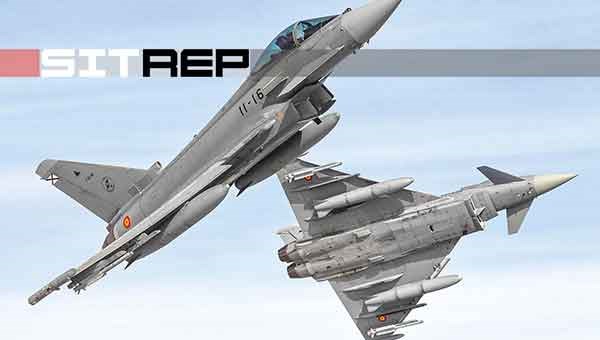 A game-changing capability that provides pilots with last-minute awareness of threats signals that might be encountered during an in-flight operational mission.